SOARING TEMPERATURES WILL MAKE IT TOO HOT TO WORK, UN WARNS... 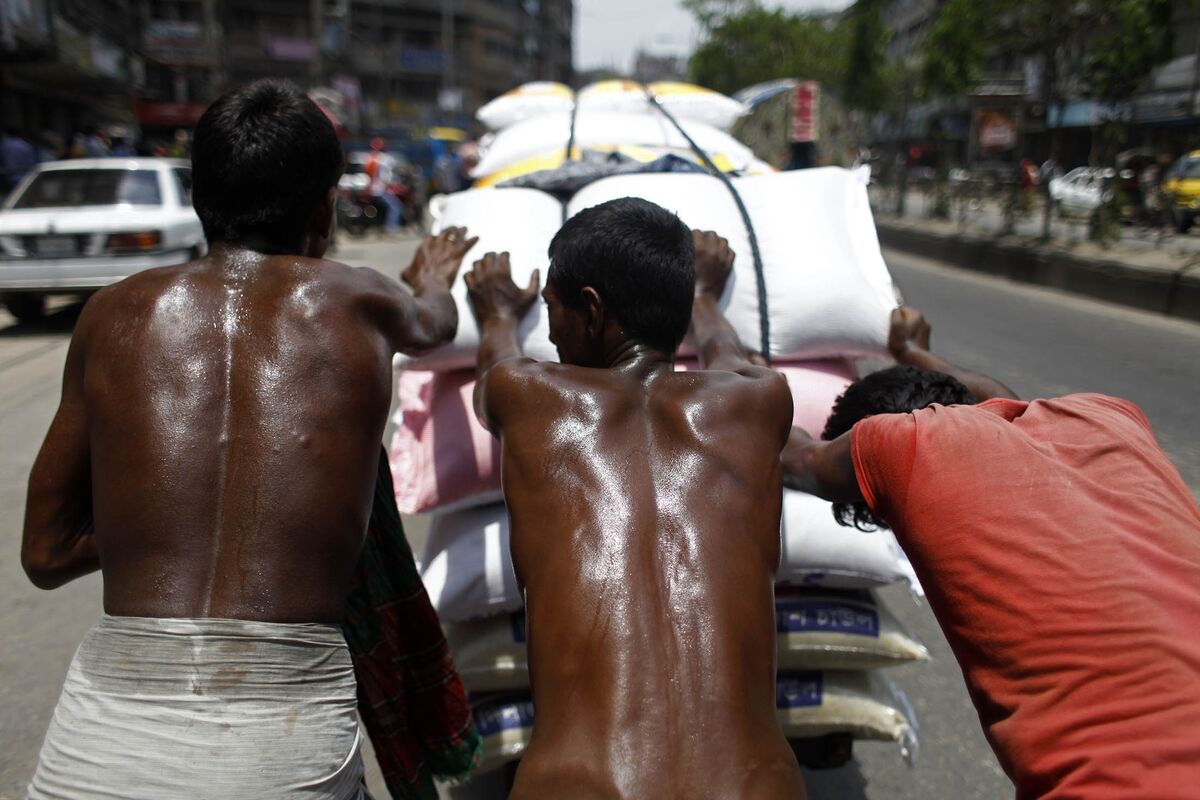 Laborers sweat profusely during the summer heat in Dhaka, Bangladesh. As many as 43 countries, especially those in Asia, including China, Indonesia, and Malaysia, will experience declines in their economies because of heat stress. Photographer: NurPhoto/Corbis via Getty Images

Searing temperatures caused by climate change may cost global economies more than $2 trillion by 2030, restricting working hours in some of the poorest parts of the world, according to United Nations research...

As many as 43 countries, especially those in Asia, including China, Indonesia, and Malaysia, will experience declines in their economies because of heat stress, says Tord Kjellstrom, a director at the Health and Environment International Trust, based in Nelson, New Zealand. As a result, China’s gross domestic product would be reduced 1 percent and Indonesia’s by 6 percent by 2030. 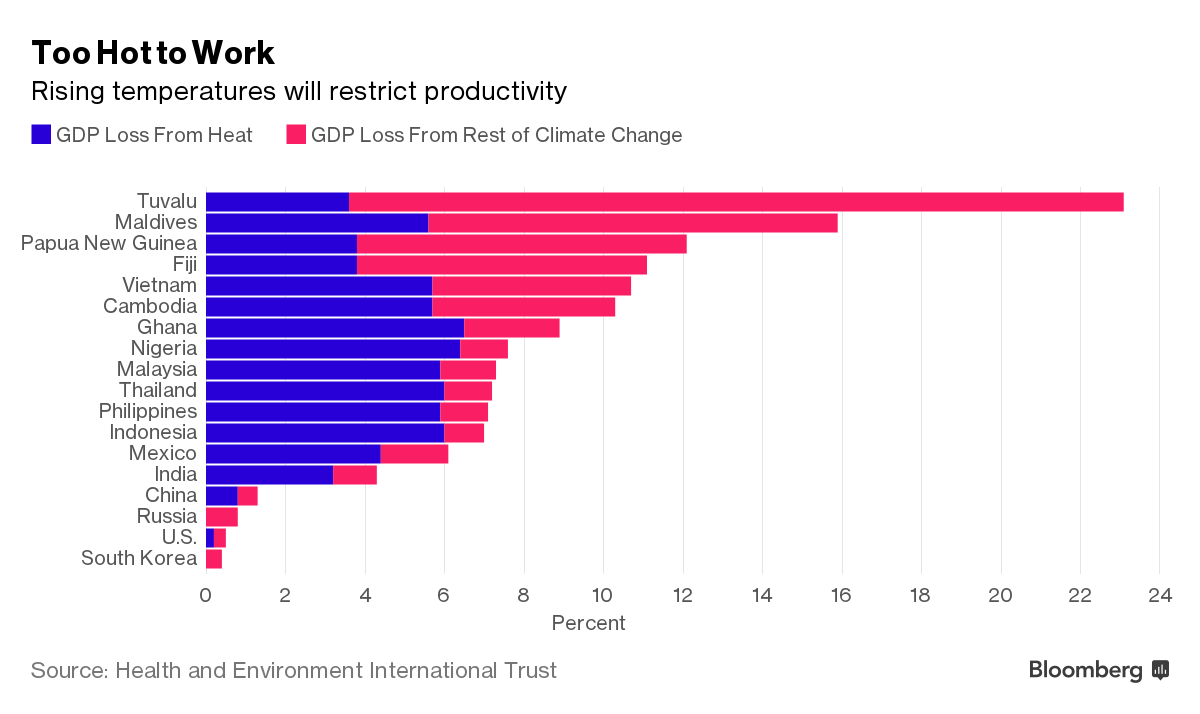 Extreme heat in Southeast Asia already curbs annual working hours by 15 to 20 percent, and that figure could double by 2050 as climate change progresses, according to the paper published in Asia-Pacific Journal of Public Health on Tuesday.

The study was one of six papers published by the UN university in Kuala Lumpur detailing the impact of climate change on human health. From 1980 to 2012, it said about 2.1 million people worldwide died as a direct result of almost 21,000 natural catastrophes such as floods, mudslides, extreme heat, drought, high winds or fires. The cost of those disasters exceeded $4 trillion, a sum comparable to the current GDP of Germany.

“With heat stress, you cannot keep up the same intensity of work, and we’ll see reduced speed of work and more rest in labor-intensive industries,” Kjellstrom said. “Rich countries have the financial resources to adapt to climate change.”

In 2030, in both India and China, the GDP losses could total $450 billion, Kjellstrom said. The impact could be reduced by making major shift in working hours and changing how new factories are built to require less power to cool.

Low and middle income countries are more likely to lose productivity from heat even though they contributed little to the causes of climate change in the form of greenhouse gas pollution, the report said. Richer countries will largely avoid losses from heat, the study found. Russia, Norway and Sweden may see productivity dip as a result of colder weather in winter.

Heat stress is more likely to restrict low-paid and low-skill jobs, such as heavy labor, farming, and manufacturing. That has the potential to increase the gap between rich and poor. Demand for air conditioning in offices, shopping malls and homes is likely to soar as temperatures rise, placing a strain on power supplies, according to the paper. A city the size of Bangkok may require as much as 2 gigawatts of generation for each increase of 1 degree Celsius in temperature, the study concluded.

More than 190 nations agreed in Paris in December to take steps toward limiting global warming to “well below” 2 degrees Celsius (3.6 degrees Fahrenheit) since the pre-industrial times. For the Paris deal to enter into force, at least 55 countries representing 55 percent of the world’s greenhouse gas emissions must ratify the agreement by 2020. UN officials expect the deal to come into effect this year.

“We need to think more carefully about patterns of urban development,” said Anthony Capon, a professor at the UN university. “As it is, high income countries have more capacity to insulate their people from health impacts of climate change. People in the poorer countries are the most effected.”