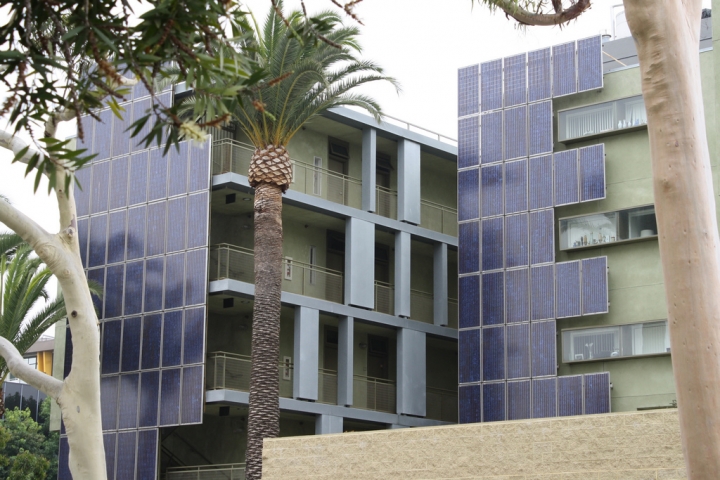 South Miami this week became the first city outside of California to require all new homes to install solar panels on their roofs. Six cities in the Golden State began requiring solar to be installed on new homes over the past few years. But in Florida, where voters killed proposed solar restrictions last year, South Miami is now a pioneer...

This week, the South Miami City Commission in a 4-1 vote approved a law requiring solar panels to be installed on all new homes built in the city.

Mayor Philip Stoddard says the city is trying to cut its carbon footprint because the region will be deeply affected by climate change, especially as sea levels rise.

“We’re down in South Florida where climate change and sea level rise are existential threats, so we’re looking for every opportunity to promote renewable energy,” Stoddard said. “It’s carbon reduction, plain and simple. We have a pledge for carbon neutrality. We support the Paris Climate Agreement.”

Stoddard said he expects only a few new homes and other buildings to be built in South Miami this year because the city of about 11,000 is surrounded on all sides by dense urban development and has very little space for new construction. But the requirement for new homes complements the city’s push for existing homeowners to put solar on their roofs.

The new law won’t put solar panels on all the region’s homes and it won’t significantly cut climate pollution, but it is the first concrete step by a city outside of California to require renewable energy to be considered as part of the design of any new home.

It also sets an example for other cities that may be considering doing the same thing.

Action to expand renewables on the local level is critical at a time when the federal government has stepped back from advocating for renewable energy, said Jeremy Firestone, director of the Center for Carbon-free Power Integration at the University of Delaware.

Rooftop solar helps wean America’s electric power system off coal and natural gas power plants that pollute the atmosphere with large amounts of carbon dioxide. President Obama made support for rooftop solar a part of his Climate Action Plan, which the Trump administration has abandoned.

“These mandates will have an effect locally,” Firestone said. “As to the larger effect, they would hopefully move states to increase the fraction of (electricity) generation that has to be dedicated toward renewable energy.” 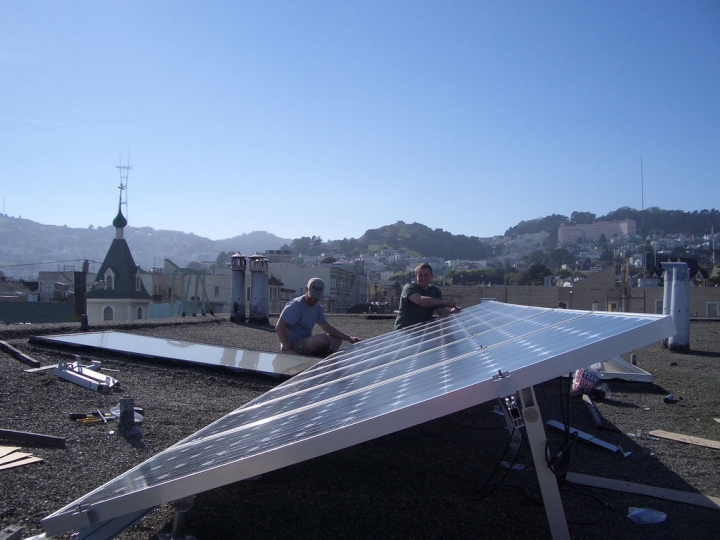 A solar panel is insallted on a San Francisco rooftop. Credit: Brian Kusler/flickr

As solar panel costs have fallen in recent years, a growing number of homes have installed them, often with the assistance of companies such as SolarCity, which helps to finance and install photovoltaic panels.

So far, the largest city in the country to mandate rooftop solar panels is San Francisco, which began requiring them on most new buildings beginning in January. The city mandates that solar panels, a “living roof,” or a combination of the two occupy between 15 and 30 percent of the surface area of a new rooftop. A “living roof” is covered with grass, trees or other vegetation.

Florida utilities and other groups launched a ballot initiative last year in an attempt to limit the expansion of rooftop solar. The proposed amendment to the state constitutional would have allowed utilities to charge fees to solar panel owners as a way to make up for the loss of revenue when homeowners generate their own electricity, according to Politifact. 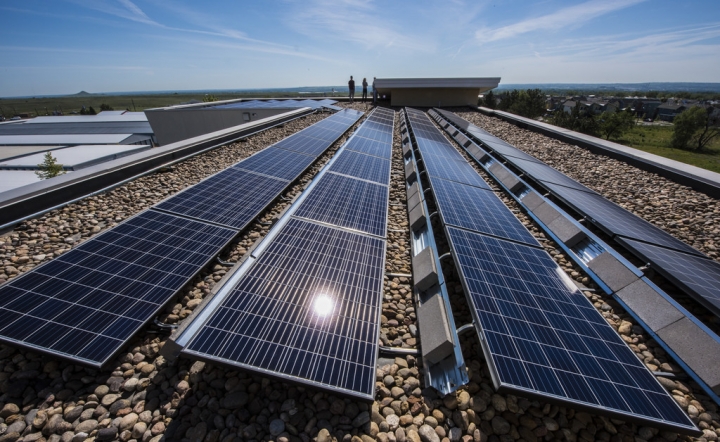 The state’s largest utilities spent more than $20 million to support the ballot initiative, but the measure failed at the polls in November. South Miami’s electric utility, Florida Power and Light, which supported the ballot measure, did not respond to a request for comment.

In June, the South Miami solar mandate was opposed by the Washington, D.C. lobbying group Family Businesses for Affordable Energy, which says on its website that homeowners expose themselves to “predatory companies” that hide various costs associated with solar installations. The group did not respond to requests for comment.

“Despite all our sunshine, public utilities have spent tens of millions of dollars to fight solar,” Stoddard said. The measure’s defeat helped clear the way for the city to push solar panel installations for both new and existing homes.

“I expect to see a lot more residents voluntarily putting solar on houses,” he said.