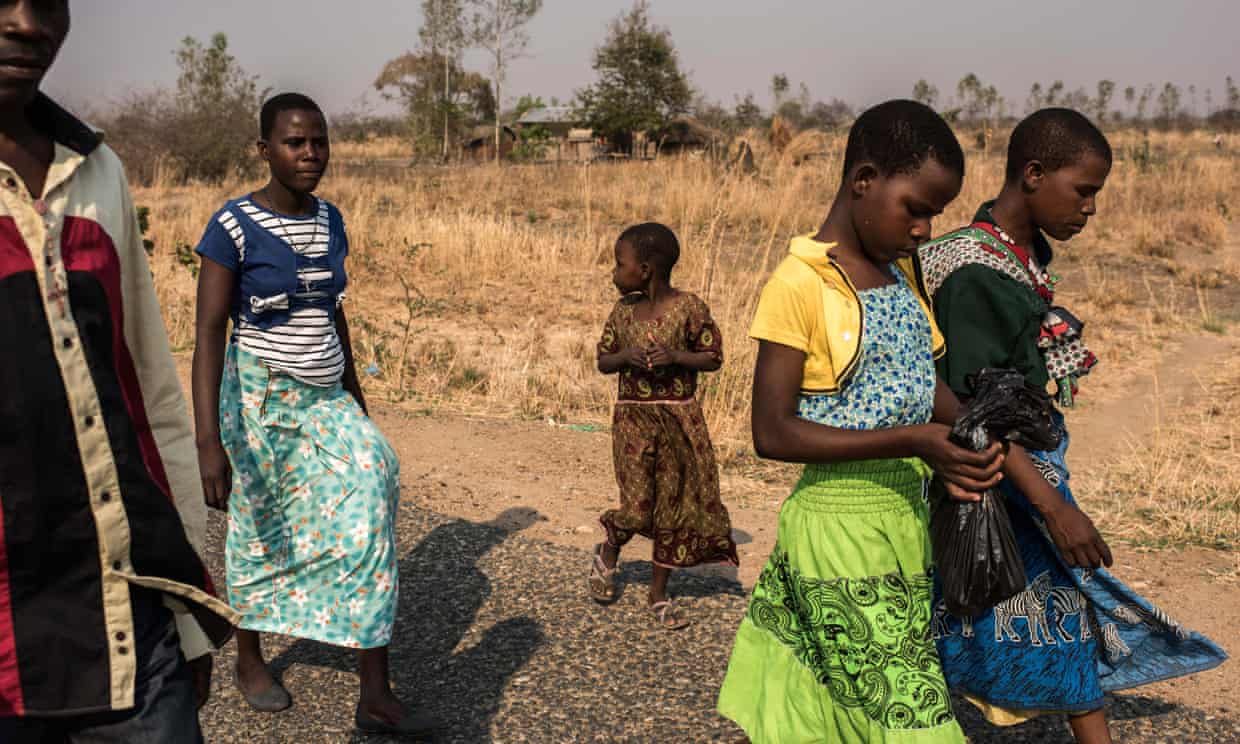 The Majawa family walk to church in the village of Mulele, which lies in one of the areas in Malawi most affected by drought. Photograph: Andrew Renneisen/Getty Images

Two-year-old Zeka screams as a health worker measures the circumference of her arm while another holds her legs and presses her flesh. The nurses agree: Zeka has clear signs of edema, a swelling condition caused by extreme hunger.

“She will live, but she needs to go to hospital. The situation in this area is much worse than when we were here just a few weeks ago. 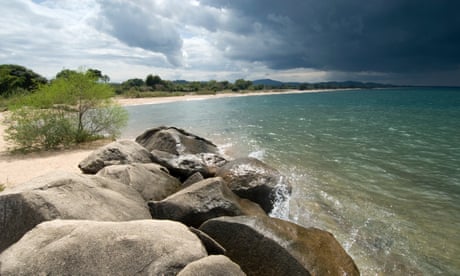 Project aimed to make UK ‘partner of choice’ in industry, but campaigners warn of potential for ecological disaster

“It looks like 10% of children here are now malnourished. It will certainly get worse,” said chief health assistant Ane Banda, who is leading a government assessment of rural areas near Nsanje, close to the Malawian border with Mozambique.

“We have not eaten for days,” said Zeka’s mother, who has been living off wild fruit, water lilies and the kindness of neighbours but has been told to attend a food handout in her village the next day.

Malawi is one of seven southern African countries on the brink of starvation and in a situation that the UN says needs requires immediate action.

It has been devastated by a combination of a long drought caused by a strong El Niño weather cycle and climate change. Successive maize harvests have failed, leaving communities there and in Zambia, Congo, Zimbabwe, Mozambique and elsewhere, desperate for food.

Madagascar is the most critical, said David Phiri, UN food and agriculture coordinator based in Harare, Zimbabawe.

“Hundreds of thousands of people are on the brink of famine. We may see deaths there from starvation. People appear to have no food or money. The cost of inaction or further delaying our response is too ghastly to contemplate. It needs immediate action,” he warned. 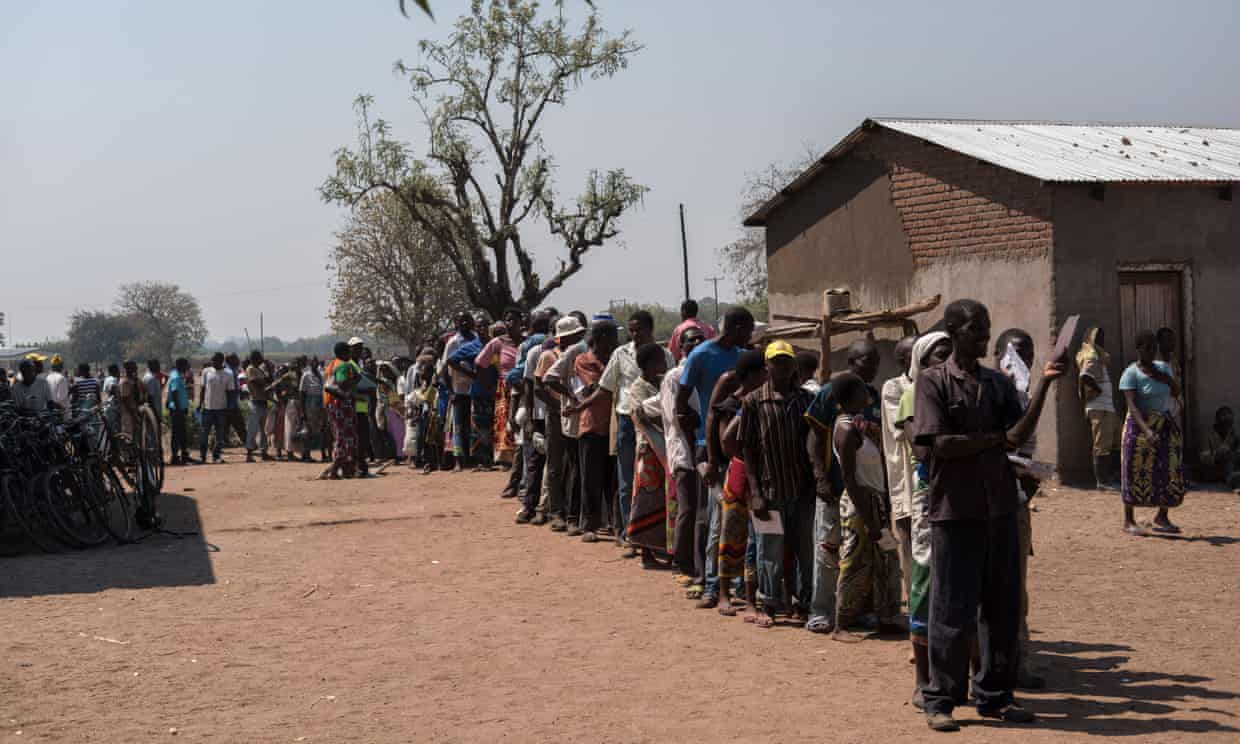 People stand in line for food aid at a school in the village of Malikopo. Photograph: Andrew Renneisen/Getty Images

Hunger levels in parts of southern Madagascar stand at phase four of a five-point scale used by aid agencies, in which five is famine. “Our fear is not a widespread famine across southern Africa but hotspots of deep hunger in different countries. People have exhausted all their reserves now and their coping mechanisms.

“If food does not arrive, it will lead to serious issues like childhood stunting, which have lifelong impacts. Even if people recover, they will be prone to cardiovascular diseases.”

Forty million people in southern Africa and a further 11 million in Ethiopia will need food aid over the next few months, Phiri said. But many may get little or nothing because only 25% of the $2.9bn in aid sought by the seven most affected countries has been pledged. A separate World Food Programme appeal for $600m is only half-funded.

“We expected more money to have been pledged by now but we understand donor budgets are limited. There are many hotspots around the world which need food relief and which are considered more critical than southern Africa,” said Phiri.

“The numbers of people needing emergency food are rising fast,” said Coco Ushiyama, head of the World Food Programme in Malawi. “The situation is building up. In November 5.7 million Malawians needed food, in December it will be 6.2 million.

“By January we will have 6.5 million hungry people – almost one in three people. This will last until at least March. Malawi is the highest impacted of all the affected countries. 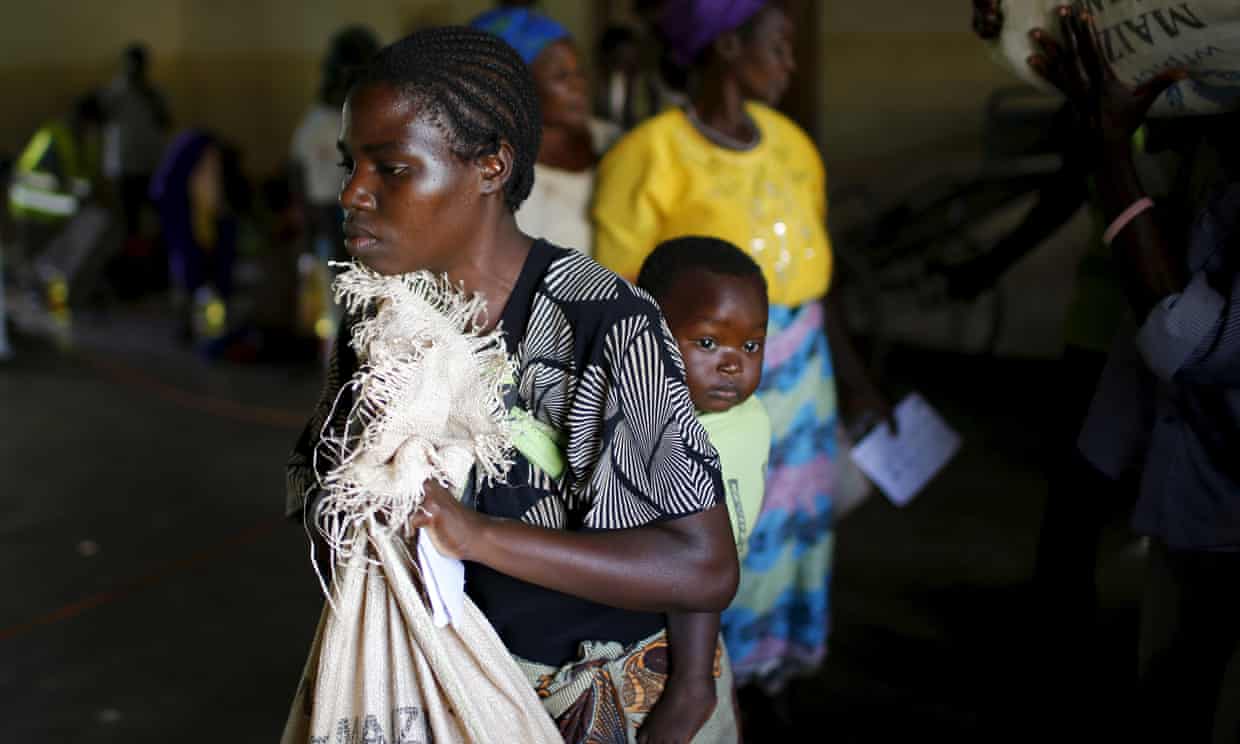 “Money [from donor governments] has come, though not as fast as we would like. We have had to cut people to half rations when there was not enough. We are diverting ships, and money is being reallocated from other budgets.”

“The peak of the crisis will be in January. Distributing the food to remote areas will be difficult,” said Danny Harvey, country director of Concern Worldwide in Zambia, where nearly 1 million people need aid. Southern Africa has been forgotten again.

China has delivered 5,500 tonnes of rice to Zimbabawe, but the country has received only 40% of the $350m requested to feed 5.5 million people, said the UN.

Britain says the Department for International Development has given the second most humanitarian aid after the US. 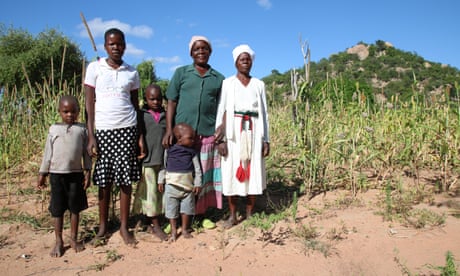 Related: Across Africa, the worst food crisis since 1985 looms for 50 million...

A second year without rain threatens to bring catastrophe for some of the poorest people in the world. Donor countries, in the grip of wars and refugee crises, have been slow to pledge funds. But by the time they do, it could be too late

“[We have provided] £356m for the total UK response to El Niño across Africa, including £43.1m for Malawi. The humanitarian system as a whole still needs to improve its early response mechanisms,” said James Wharton, international development minister.

“While some international agencies reacted well to the El Niño early warning in 2015, others have not.

Tackling the global challenges of our time, such as climate change, which can fuel migration, insecurity and instability, is firmly in Britain’s national interest,” he said following a visit to Malawi.

“The response to this predicted, slow-onset crisis has been too little too late. Despite the crisis coming on the heels of a poor growing season in 2014 and an economic downturn, the region’s governments were slow to scale up their response, as were the humanitarian agencies,” said Oxfam in a briefing note.

Above-normal rains are predicted in most parts of the region, which could support harvests and replenish water sources, but are also likely to bring the threat of flooding, said Nellie Nyang’wa, Oxfam Zambia director.

“Farmers desperately need seeds and fertilisers if they are to take advantage of rains and produce better harvests next year,” she said.