SRI LANKA IS SUFFERING ITS WORST DROUGHT IN 40 YEARS...

Reservoirs are shrinking, and rice paddies are parched and empty...

Sri Lanka is suffering through what officials have called the country’s worst drought in four decades. More than 1 million people are experiencing acute water shortages, Al Jazeera reported on Sunday. And officials warn that the prolonged dry spell is far from over.

The country has had warnings for months that a severe drought was impending. There were rainfall shortages across the nation for almost the entirety of 2016; according to Reuters, some districts witnessed a 60 to 70 percent reduction in average annual rainfall.

In October, a lack of rain and scorching temperatures caused some local wells and reservoirs to run dry. “We are almost dying of thirst,” Tissa Poddibanda, a villager from North Central province, one of the areas hit hardest by the drought, told Reuters at the time.

The nation’s major reservoirs have since succumbed to the dry weather. Lalith Chandrapala, head of Sri Lanka’s Meteorological Department, said last week that the country’s main reservoirs are less than 30 percent full ― which is less than half of what is required to support a normal rice harvest at this time of year.

Officials say the rainfall deficit is likely to continue until the next monsoon, not expected until June or July. In the meantime, water shortages are likely to become even more severe and widespread. A rice shortage is also expected to strike later in the year.

Due to a lack of irrigation water, only about a third of the country’s rice paddy fields have been planted, according to Sri Lanka’s Disaster Management Center. It’s reportedly the country’s worst planting season in 30 years.

“All our paddy was destroyed,” Rabanda, a farmer, told Al Jazeera. “We don’t have a way to survive and now we don’t even have water to drink.”

The drought has also put pressure on the energy sector in Sri Lanka, a country that relies heavily on hydroelectricity. Due to the dry spell, the government-owned Ceylon Electricity Board has had to purchase over $50 million in electricity from the private sector, according to The Sunday Leader, a Sri Lankan newspaper.

“This drought is affecting both the agricultural and the hydro-power generation,” Chandrapala told Al Jazeera this week. “It is one of the worst droughts since the 1970s.” 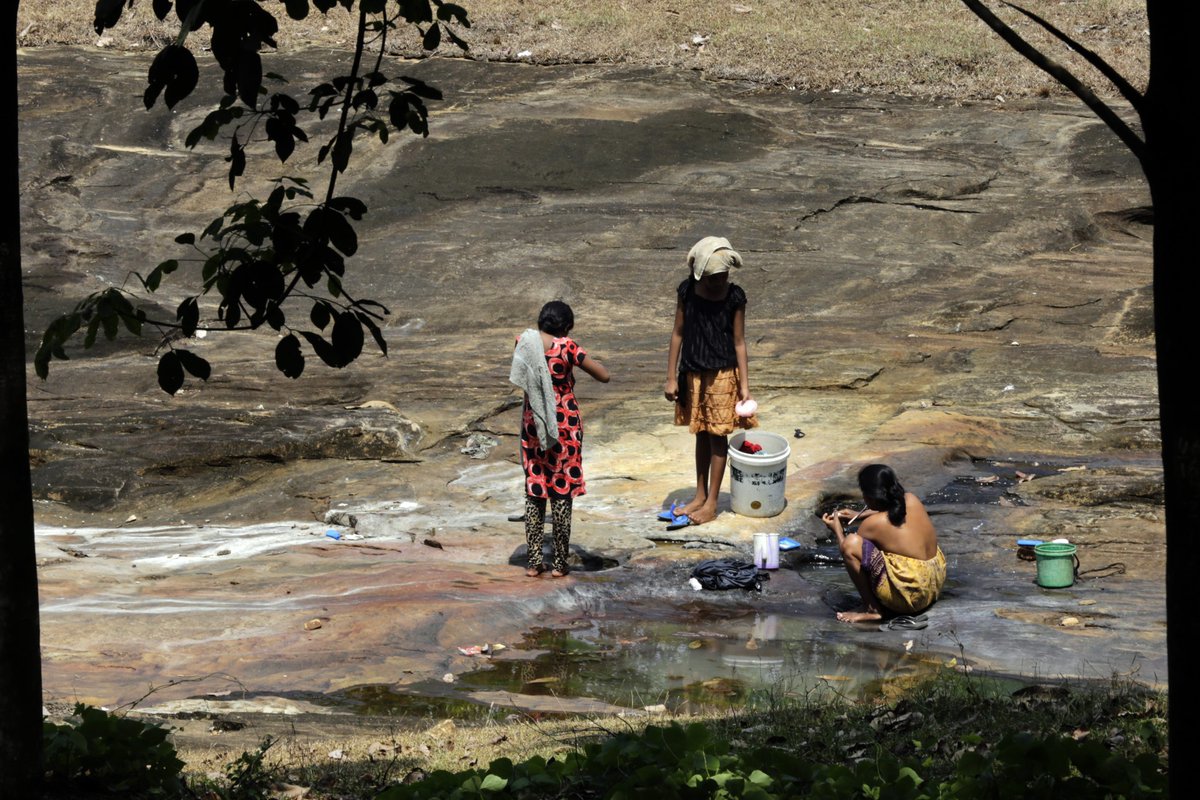 In recent years, severe drought, punctuated by spells of flooding (including last May’s deadly storm), has become a fact of life in Sri Lanka, a tropical island nation that’s been called “highly vulnerable to impacts of climate change.”

“It’s getting drier and drier,” Lareef Zubair, one of the country’s leading climate scientists, told The WorldPost on Tuesday from the Maldives, where he’s conducting research. “There are water shortages pretty much every other year.”

“Even the farmers perceive it,” Zubair went on. “When we do interviews with them, they are consciously talking about the drought.”

Climate change has been linked to more frequent and more intense episodes of extreme weather around the world, including drought and floods. In Sri Lanka, there’s evidence that such changes are already underway.

“We see that weather patterns have changed, and unexpected weather-related disasters have increased,” Mahinda Amaraweera, Sri Lanka’s minister for disaster management, said during a United Nations climate event in 2013. The country, he noted, would need to be better prepared for such disasters in the coming years.

Zubair said, however, that while Sri Lanka is at risk of “serious climate impacts,” those effects are — for now — “poorly understood.”

“The depth and quality of research has been poor [in this area],” he said. “Absolutely more work and more research needs to be done. There will be serious impacts, and they need to be taken seriously.”

Dominique Mosbergen is a reporter at The Huffington Post covering climate change, extreme weather and extinction. Send tips or feedback to [email protected]huffingtonpost.com or follow her on Twitter.