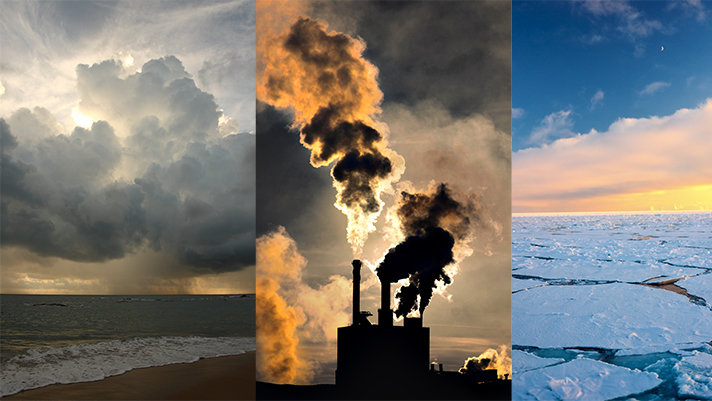 In December 2015, more than 190 countries adopted the Paris Agreement, the most ambitious climate change agreement in history. In order for the agreement to take effect and enter into force, at least 55 countries representing at least 55 percent of global emissions needed to formally join the Agreement...

On September 3, 2016, the United States and China deposited with United Nations Secretary-General Ban Ki-moon their respective instruments to join the Paris Agreement, marking a significant contribution towards the early entry into force of the Paris Agreement.

That action by the United States and China to formally join was a significant step towards entry into force this year with countries representing around 40 percent of global emissions having now joined and more than 55 countries having already joined or publicly committed to work towards joining the agreement by the end of 2016. (Whitehouse.org)

Shortly thereafter, on October 5 2016, the threshold for entry into force of the Paris Agreement was achieved. The Paris Agreement entered into force on November 4, 2016, thirty days after the date on which at least 55 Parties to the Convention accounting in total for at least an estimated 55% of the total global greenhouse gas emissions have deposited their instruments of ratification, acceptance, approval or accession with the Depositary. (Unfccc.int)

The Agreement represents years of international diplomacy and hope for the millions of people across the planet imminently threatened by the impacts of climate change. It is an unprecedented achievement for the environment and one in which the United States showed extraordinary leadership.

Climate change is a matter of international concern. It threatens global security and human rights across the planet. It poses a critical threat to countless natural resources. It is one of the single greatest threats humankind has ever faced. The unity demonstrated by the Paris Agreement, both in its negotiations and its ratification, are an illustration that when joined together, we are a thoughtful, powerful transnational community of citizens that can courageously and collectively work together to tackle critical global problems.

The work begun in Paris must not be derailed now. It cannot be. The world cannot afford it.

This petition will be delivered to: