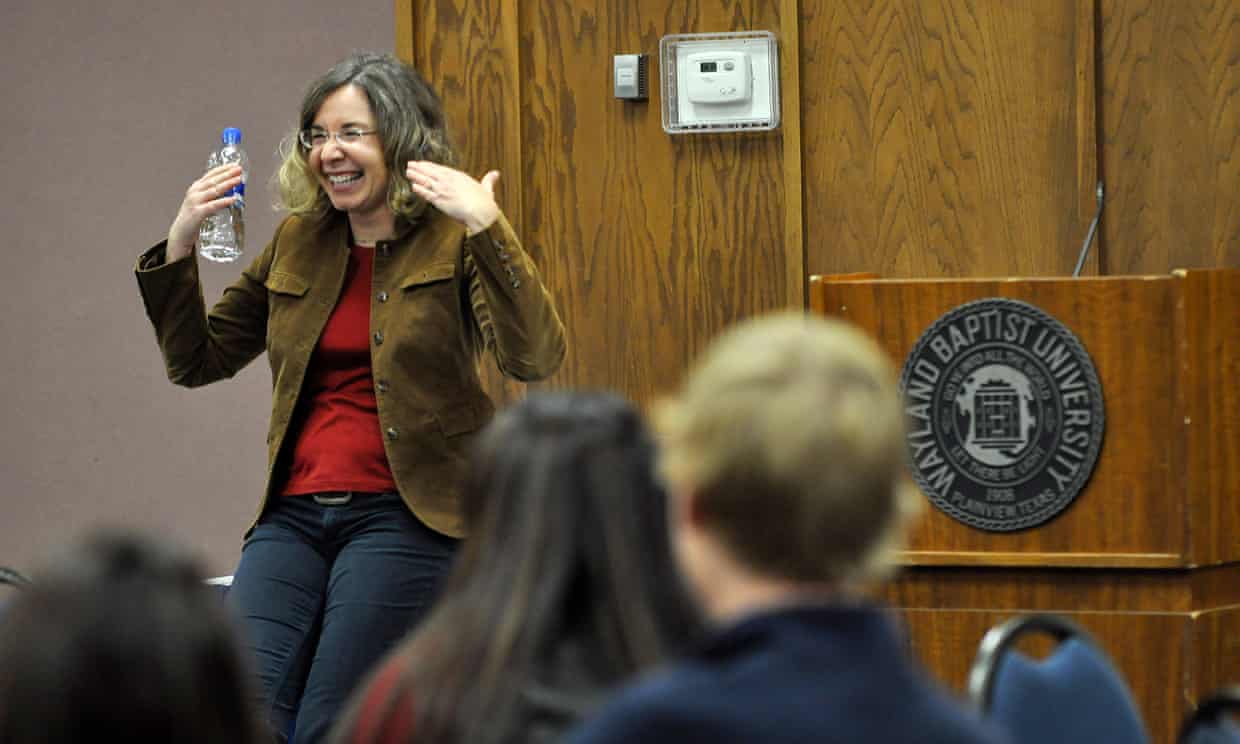 Approximately one-quarter of Americans identify as evangelical Christians, and that group also tends to be more resistant to the reality of human-caused global warming. As a new paper by Brian Webb and Doug Hayhoe notes:

These findings appear to stem from two primary factors. First, evangelicals tend to be socially and politically conservative, and climate change is among the many issues that have become politically polarized in America. Second, there is sometimes a perceived conflict between science and religion, as Christians distrust what they perceive as scientists’ “moral agenda” on issues like evolution, stem cell research, and climate change. As Webb and Hayhoe describe it:

There are also evangelicals who have tried to convince their peer group about the reality of human-caused climate change and our moral obligation to address it. These include the Evangelical Environmental Network, the Evangelical Climate Initiative, the Young Evangelicals for Climate Action, and evangelical climate scientists like Sir John Houghton and Doug Hayhoe’s daughter Katharine Hayhoe (one of TIME magazine’s 100 most influential people). However, a majority of evangelicals continue to reject the reality of human-caused climate change, and there hasn’t been research quantifying the effectiveness of these evangelical climate leadership efforts.

Brian Webb and Doug Hayhoe’s study did just that by testing the effectiveness of a climate lecture delivered by Katharine Hayhoe to undergraduate students at the predominantly evangelical Houghton College in New York. Approximately half of the participants self-identified as conservatives and Republicans, 28% as liberals and Democrats, and the remainder as neither liberal nor conservative. 63% of the participants identified as evangelicals (most of the rest were of other Christian denominations).

Katharine Hayhoe’s lecture presented climate science information through the lens of an evangelical tradition. In addition to presenting scientific evidence, it included an introduction about the difference between faith and science (faith is based on things that are spiritually discerned, whereas science is based on observation). About six minutes of the 33- to 53-minute lectures were devoted to theology-based ethics.

The participants filled out a survey before and after the lecture, detailing their acceptance that global warming is happening, its cause, whether there’s a scientific consensus, how high of a priority they consider it, how worried they are about it, and how much it will harm various groups. The results showed an increase in pro-climate beliefs for every single question after listening to Katharine Hayhoe’s lecture.

By testing three different lecture approaches, Webb and Hayhoe also concluded that the lecture was equally effective when presented in person or as a recorded video, and that adding material about common climate misconceptions didn’t make the lecture any more effective.

Facts matter – especially when they come from trusted sources

There’s been some debate among social scientists about how much facts matter in today’s politically polarized society. Some have warned about the “smart idiots” effect, in which people who are more knowledgeable are often less persuadable, essentially because they have more tools with which to reject information they find inconvenient. However, other research has shown that climate-specific knowledge does increase peoples’ acceptance of human-caused global warming. The question then becomes how to arm people with that climate-specific knowledge.

One thing most social scientists agree on is that people are more open to information when it comes from “trusted sources” – people with whom they have shared values. For evangelicals, Katharine Hayhoe is a perfect example, and this study confirms that her lectures are effective at informing evangelical college students about climate change.

Other climate scientists can follow Hayhoe’s successful example by identifying groups whose membership is predominantly skeptical about human-caused global warming, with whom the individual scientist shares a commonality that will make him or her a trusted source of information. This could consist of religious beliefs, political leanings, or other shared values. This study has shown that the trusted source approach is an effective one at breaking through individuals’ resistance to the realities of human-caused climate change.