STUDY: MILD FLOODS ARE DECLINING, BUT INTENSE FLOODS ARE ON THE RISE... 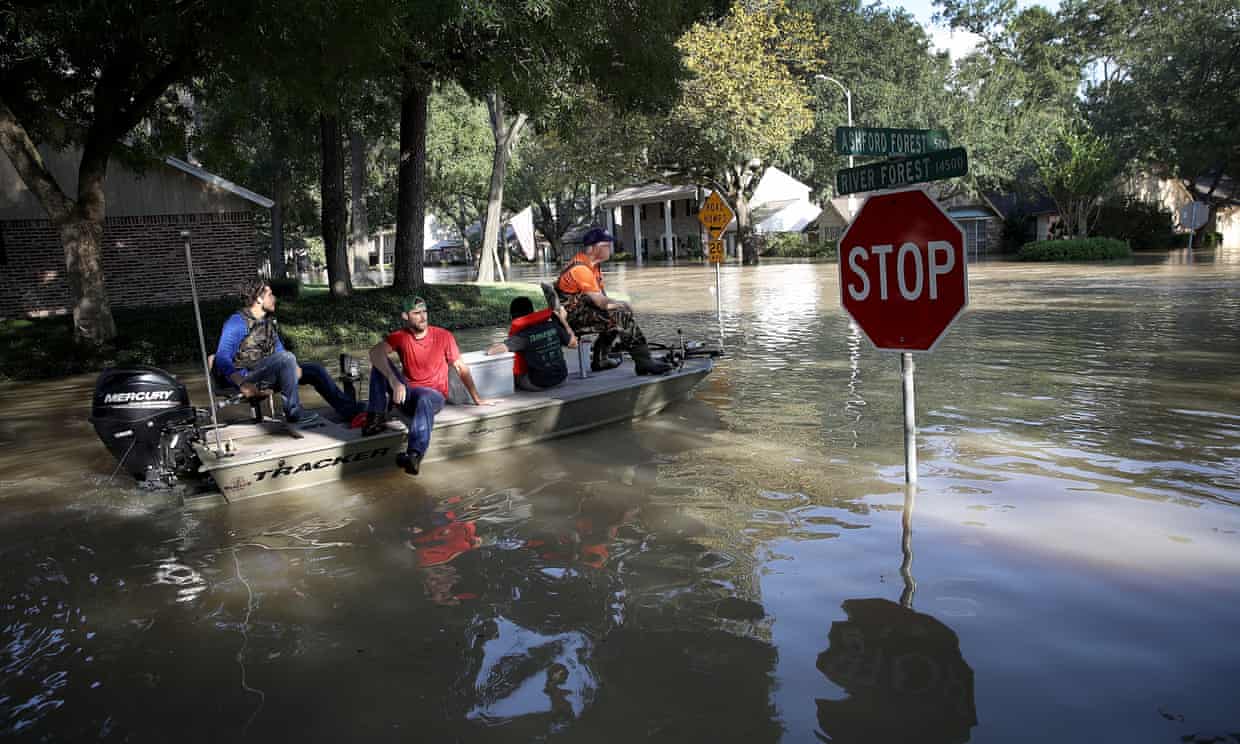 Residents in a neighborhood near the Barker Reservoir return to their homes to collect belongings August 31, 2017 in Houston, Texas. The neighborhoods surrounding the reservoir are still experiencing severe flooding due to the accumulation of historic levels of rainfall. Photograph: Win McNamee/Getty Images

It is well known that humans are causing the Earth to warm. We also know that a warmer atmosphere has more water vapor. Just like the air is more humid when it is warm, and less humid when cold. The more humid air leads to more intense precipitation and potentially more flooding. But how much change we will see is an open scientific question.

This question is made complex by the fact that flooding isn’t just about rain. It reflects a dependence on evaporation, rain, the ability of land and water management to handle water surges, and other factors. Fortunately, a very recent study out of Science Advances has helped advance our understanding of the confluence of global warming, intense rain and flooding.

The authors, Conrad Wasko and Ashish Sharma, from the University of New South Wales investigated various non-urban catchments. These are regions where precipitation drains to a common site. We know that in many places the rainfall is increasing. What these authors wanted to know was whether there was a coincident increase in floods found in these various catchments.

This study isn’t as simple as it might sound. The authors had to make choices about which rainfall event and which temperature peak corresponded to each other and to a potential water flow peak. According to the paper, “precipitation events were identified where the precipitation was separated by five days of zero rainfall.” That is, it had to be dry ahead of time. Streamflow and flooding events were selected as peaks separated by more than seven days. The authors then picked the largest peak from the precipitation and the streamflow observations and matched them to a coincident temperature measurement.

The tough part is that there can be a delay in temperatures and precipitation. Furthermore, there can be a physical distance between the source of the storm and the location of precipitation. Finally, many times we see flooding without the required five-day dry period. So admittedly this study has real limitations. On the other hand, the authors had to make some choices of selection and these are as good as any others. And, they compensated for these limitations by using extensive rainfall, temperature and streamflow data, data that represented the entire world and allows confident conclusions to be drawn.

What they found was that in most cases there is no direct link. That is, higher temperatures does not generally cause an increase in water flow or flood risk.

So this begs the question, why not? Why isn’t there a clear direct relationship between the temperature peaks and flooding? Well the authors explain that there is an important role of hydrologic loss (water loss due to evaporation for instance). When the authors separated the results by size of catchment, they found that the importance of these water losses was reduced for smaller catchment areas. They write:

As I stated earlier, there are limitations to this study; the authors did a great job discussing those limitations. For instance, they point out it’s possible that human changes to the catchment itself can affect flooding. Urbanization in recent years may have “increased streamflow due to a larger proportion of impermeable surfaces while the development of dams for storage may have had the opposite effect.” They also report that the temperature at which the high water flows are recorded do not necessarily correspond to the temperature of the storm. Evaporation can happen for instance over an ocean, the moisture can be carried hundreds of miles inland, where it falls as rain. But, the fact that their results exclude urban catchments and use data from over 5,000 streamflow and 50,000 rainfall gauges lends credibility to their assertions.

So is this good news or bad news? Well, on the one hand it confirms that global warming leads to competing effects of more heavy rains and more drying of land – forces in opposition to each other. Higher temperatures dry out soils faster and they increase precipitation. If the soils are dryer when the rains fall, it means that the floods may be less severe. That is a good thing.

On the other hand, this study helps confirm that the Earth can move from dry to wet conditions more rapidly in a warmer environment. That is not a good thing. It also has implications for refilling groundwater supplies. Much of the recovery from drought and refilling of groundwater is through smaller flooding/high-flow events. Since those are not necessarily increasing, it means droughts are likely to linger. 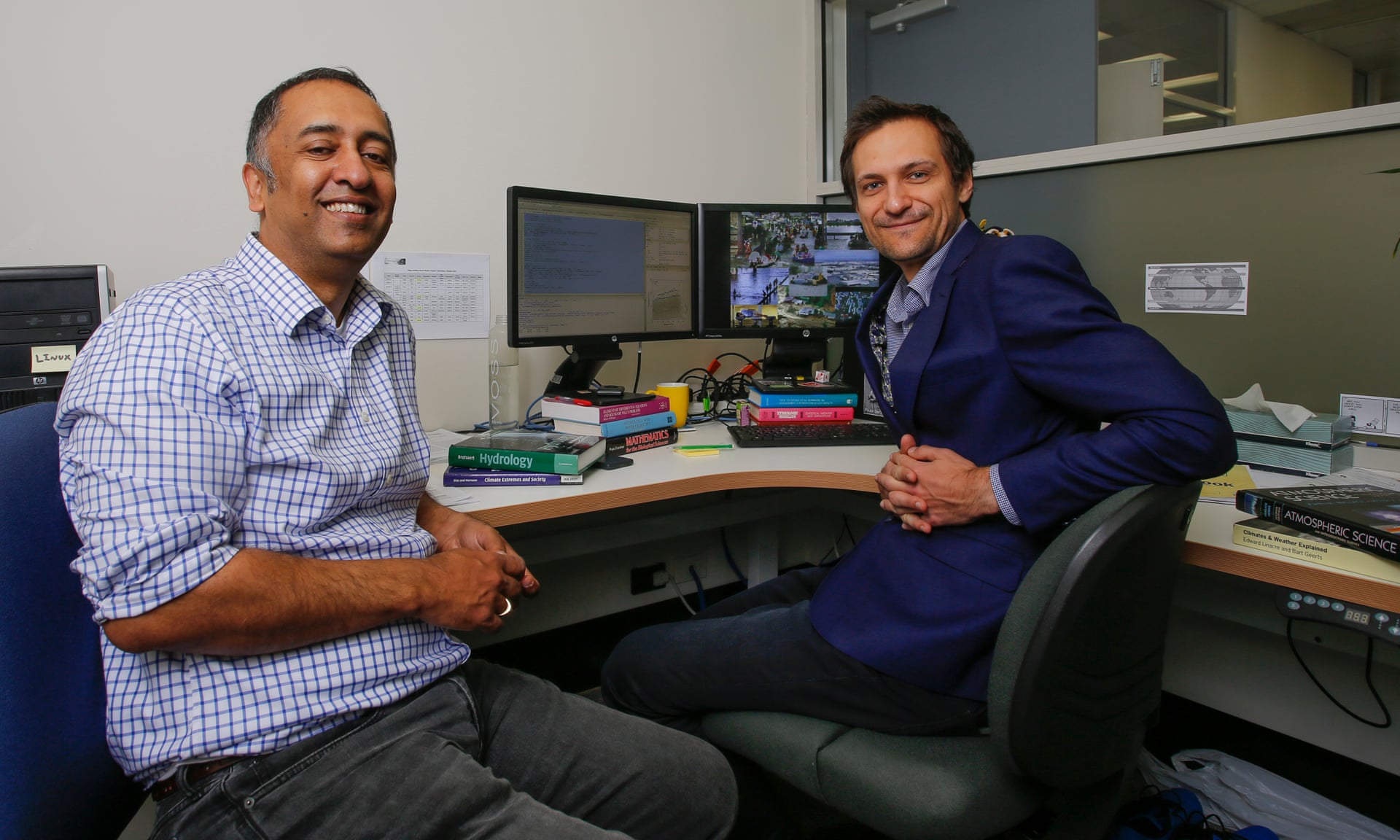 As author Ashish Sharma told me:

What this study does is to show, using just data and no model projections, that flood risk is indeed increasing but at the rare to very-rare flood end. The milder floods that are more of a nuisance than a threat to property and lives, are actually decreasing. This is worse news than before though, as it is these milder floods that make up the bulk of the refill to our water supply reservoirs.