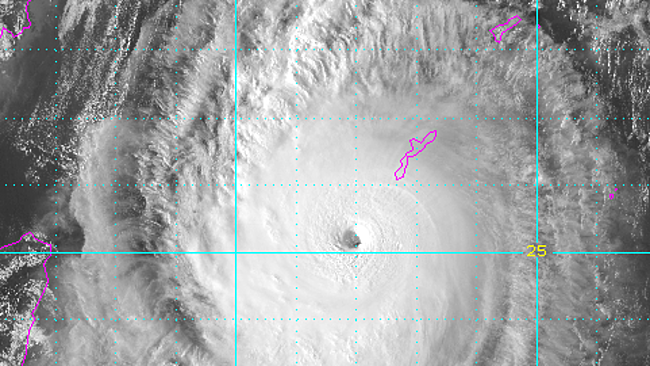 Chaba reached super-typhoon status on Monday afternoon and has since weakened.

The Ryukyu Islands of Japan were the first to feel the force of Chaba as the storm tracked just southwest of Okinawa Prefecture on Monday.

While Naha and Okinawa were spared the worst conditions, Kumejima was pummeled by damaging winds and heavy rain. A peak wind gust of 214 km/h (133 mph) was reported on Monday.

Chaba next set its sights on southern South Korea and southwestern mainland Japan.

Prior to reaching the southern coast of South Korea, Chaba passed just east of Jeju. The storm unloaded more than 275 mm (11 inches) of rain on parts of the island along with winds of 125 km/h (78 mph).

At least five deaths have been reported in South Korea while another person remains missing, according to Yonhap New Agency.

Floodwaters raced through the streets of Busan. Structural damage was also reported.

Travel chaos ensued as more than 110 flights were canceled across South Korea along with impacts to high-speed rail services.

Hyundai Motor Company was forced to suspend production at two factories in Ulsan due to flooding, according to Reuters.

Across mainland Japan, impacts were less extreme as the storm passes to the north and west on Wednesday.

Tsushima Island, which lies between Kyushu and South Korea, was hit with winds as high as 117 km/h (72 mph).

Chaba racing across northern Honshu on Wednesday night will dump heavy rainfall on the region.

Rainfall will average 25-75 mm (1-3 inches) across northern Honshu and localized amounts over 125 mm (5 inches) are possible.

The heaviest rain is expected to fall to the north of Niigata and Sendai but will also spare Hokkaido.

The greater Tokyo area will escape the worst impacts from Chaba with a period of light rain and gusty winds expected Wednesday night.