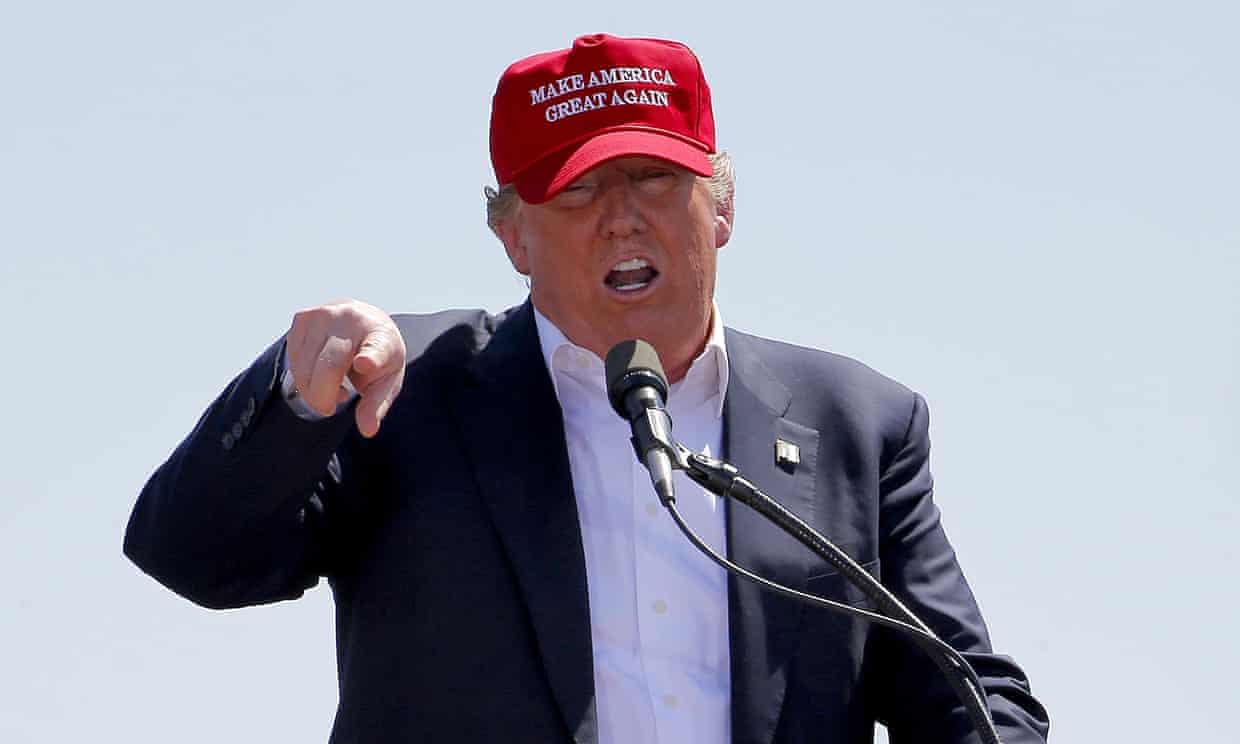 I propose that people take indefensible positions like climate denial and Trump support simply out of fear...

This story picks up where an earlier post left off a few weeks ago. Then, I discussed some of the political realities associated with inaction on climate change. In that post, I said I would revisit the question of why so many people deny the evidence of a changing climate. Now is the time for that discussion.

What continually befuddles people who work on climate change is the vehement and indefensible denial of evidence by a small segment of the population. I give many public talks on climate change, including radio and television interviews and public lectures. Nearly every event has a few people who, no matter what the evidence, stay in a state of denial. By listening to denialist arguments, I find they fall into a few broad categories. Some of them are just plain false. Examples in this category are ones like:

There was a halt to global warming starting 1998.

Humans are only responsible for a tiny fraction of the greenhouse gases in the atmosphere.

Scientists are colluding to create this fraud.

Others are not false but are completely irrelevant. For example:

We didn’t have thermometers a million years ago to measure global temperatures.

Cities are hotter than their surroundings.

Why would people think things or repeat statements that are known to be false or irrelevant? I am convinced that for the vast majority of people, they are not intentionally being incorrect. Something must be forcing them to be wrong. What could that be? Why are people so willing to believe and repeat lies?

That brings me to the connection with President Trump. His sheer number of falsehoods and flip-flops is so great, you lose track of them all. For instance, let us take the so-called wall to stop illegal immigration. First he said Mexico will pay for it and it will be “so tall;” now, he wants it to be paid by the US taxpayer. He falsely exaggerated the number of jobs that have been created since he came into office. He made false statements about the size of his electoral win. He made false statements about President Obama’s birthplace. He has made false and unsupported claims about voter fraud. He has made false claims about climate scientists.

Finally, there is the current investigation into his and his administration’s potential collusion with Russia and obstruction of justice. I could go on and on and likely will get complaints from readers that I forgot this or that falsehood, but I have to limit the length of this post.

In a sane world, everyone would understand the threat of climate change and our ability to take meaningful action to handle it. In a sane world, no one would believe a president who has misled them time and time again.

So that raises the question - what is the reason people still discount the incontrovertible climate change evidence? What is the reason a persistent minority still support this dishonest president? I think I have figured it out, and if I’m right, it makes it much easier to reconcile the generally logical people I know with their seeming indefensible belief systems.

In a certain respect, this reason is something we as humans are nearly powerless to counteract. Before I give the reason, I want to be clear that I am sure others have noticed this too. I am sure others have written learned papers articulating this much more clearly than I can. My discovery is just a personal observation; something I should have recognized long ago. I am also not a psychologist so this is just my observations as a physical scientist.

The reason is fear.

Whether people are reciting a litany of falsehoods about climate change or whether they are contorting themselves to justify support for this president, they are doing so because they have to. They have to, because they are afraid of what happens if they accept reality.

Secondly, we are also afraid of bad news. How often have you not checked your bank account because you don’t want the bad news? Have you ever known someone who didn’t go to a doctor because they just didn’t want to know what their ailment was? It is so much easier to pretend a problem doesn’t exist. In fact, I’ll go a step further and say that people like to be lied to when it quiets their fear.

So with respect to climate change, that puts the population into two groups. The first group (which I am part of) knows that there is a problem, wants to face it head on, and solve it together. The second group cannot bear to look the problem honestly in the face and finds it easier to deny its existence.

The same is true for Trump supporters. Many people are afraid. Afraid of change, afraid of the future, afraid of people who are not just like us, afraid of terrorism, just plain afraid. For those people it is so easy to buy the lie that the president will build a wall, bring the jobs back, stop the terrorism, and make everything perfect.

We know intellectually this is all false, but facts don’t matter. Speaking to our fears is what matters. So, the psychological forces that bring people to deny climate change are, in my opinion, the same factors that bring people to support Trump. These factors don’t mean climate deniers are stupid, nor are Trump supporters. It doesn’t mean that they are bad people or immoral in any way. Rather, it tells me that their brain handles fear differently than mine and yours.