SWITZERLAND JUST HAD THE WORST MONTH FOR SKIING IN 100 YEARS... 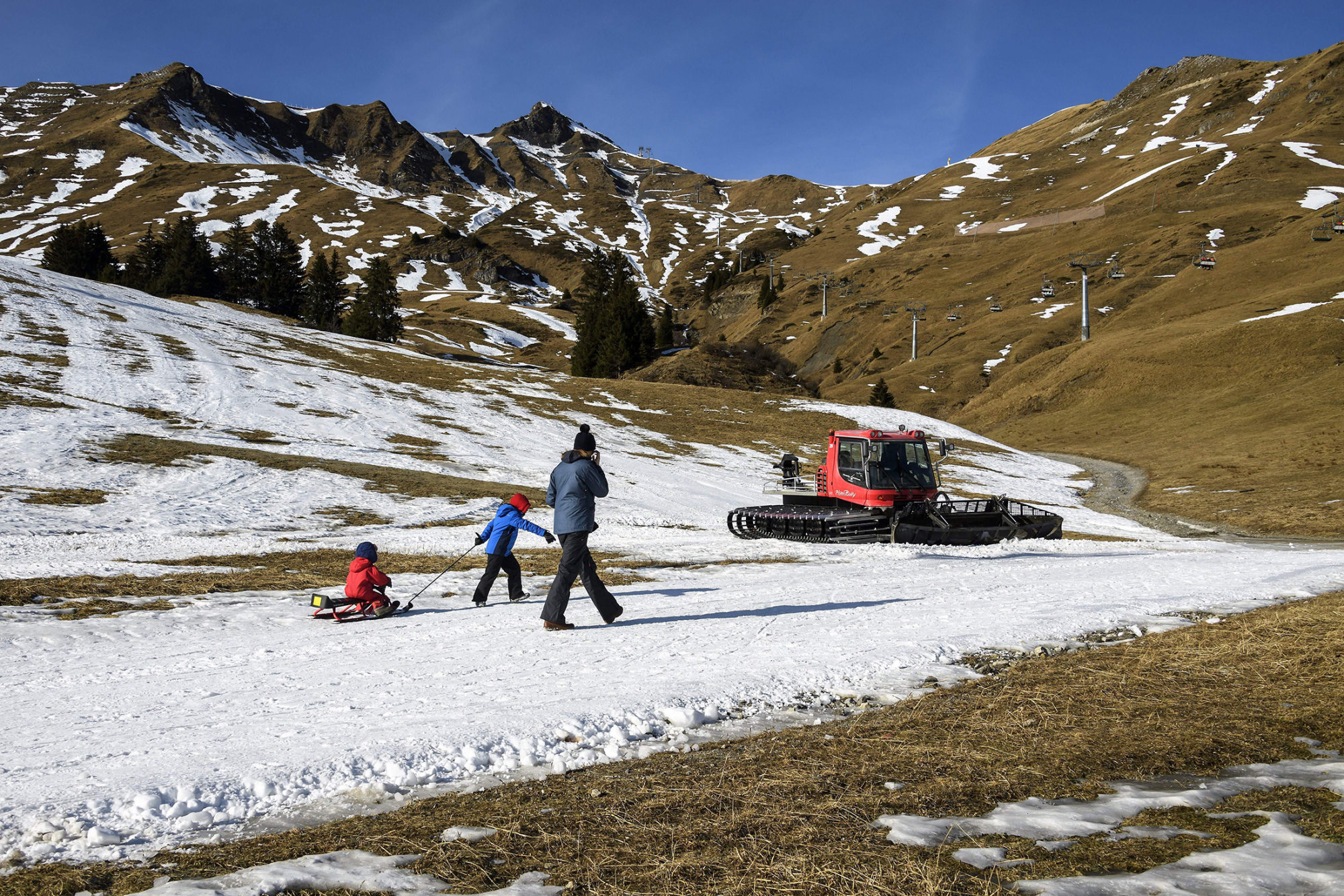 The ski season is a month shorter than it was four decades ago because of changing snowfall patterns...

For the third year in a row, the search for Alpine snow is on...

An ultra-dry December marred the start of the ski season in the mountainous heart of Europe, which draws millions expecting Instagram-ready white peaks and pretty villages. A colder January is improving conditions, but the unpredictable early winter weather cut ticket sales at resorts and confounded holiday planning.

“The general discussion in the office after Christmas has been about lack of snow,” said Mark Dowding, portfolio manager at Bluebay Asset Management LLP in London, who’s been checking snow bulletins frantically ahead of a planned February trip to Austria. “There is an understanding now that Christmas is just not the right time to go skiing.”

After precocious storms in November raised false hopes across the Alps, December produced the least snow in Switzerland since record-keeping began more than 100 years ago. The Jungfrau ski region, around the resort villages of Wengen and Grindelwald, suffered a 25 percent drop in visits from the start of the season through Jan. 2, according to co-owner Jungfraubahnen Holding AG.

A storm last week brought snowfall to much of Europe, including the coastal town of Taormina in Sicily, better known for its sunny Mediterranean vistas. Parts of the Alps, especially Austria and eastern Switzerland, were covered too, but further west, resorts like Chamonix and Val d’Isere, France, got only a dusting. 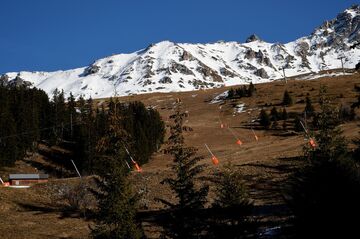 Cie. des Alpes, which operates the Val d’Isere lifts and has a stake in the Chamonix system, says the seasonal outlook remains solid because of strong bookings for later this winter.

“On most of our resorts, we can propose high-altitude skiing, and as long as the weather is good, client demands are satisfied,” said Agnes Pannier-Runacher, deputy chief executive officer of Cie. des Alpes, which serves more than 3 million skiers a year. “The trend can be reversed in a short amount of time.”

Colder, higher resorts can make artificial snow to improve coverage on their slopes. Forecasts also show that further storms are on the way in coming days. Still, the snowpack remains well below seasonal averages.

“This year, my skis are still in their box,” said Mauro Loss, director of Alpine ski school Scuola Graffer in Trento, Northern Italy. “At 2,500 meters (8,200 feet) your shoes get covered in dust. It is time to re-invent winter mountain activities.”

Climatologists say fickle weather patterns, such as the persistent high pressure responsible for dry conditions over the Alps in December, may just be a sign of things to come as the effects of climate change take hold.

“You can’t expect things to be the same as they are now in 50 years’ time,” said Reto Knutti, a professor at the Swiss Federal Institute of Technology’s Institute for Atmospheric and Climate Studies, who estimates that by the end of this century the snowfall line could be 500 meters to 700 meters higher than today, with the length of time there’s snow on the ground between four and eight weeks shorter. “Winter days where at locations below 3,000 meters it just pours rain—that’ll be more frequent.” 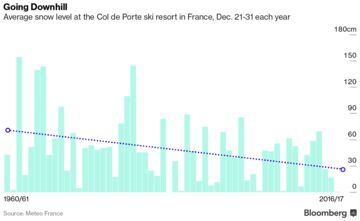 Already, the snow season in Switzerland starts 12 days later and ends 26 days earlier than in 1970, says Martine Rebetez, a professor at the University of Neuchatel, who along with colleagues studied data from 11 Alpine meteorological stations over four decades.

Crystal Holidays, a U.K. operator of package ski tours owned by TUI AG, let vacationers booked into resorts that lacked snow to switch to other ski areas, or provided bus rides to snow-sure glaciers. Despite the challenging conditions, reservations for the full season are roughly level with last year, spokeswoman Marion Telsnig said by phone.

Some skiers are losing patience. Gustavo Baratta, a bond trader at Banca IMI in Milan who owns a vacation house in the Alpine village of Morgex, Italy, said he would consider giving up the sport altogether if conditions don’t improve. This year, his family spent much of the holiday season hopping across wine bars rather than mountains.

As the Christmas break approached, Baratta’s three young daughters pestered him to consider a change of scenery. “Dad, can we please go to Thailand rather than the mountains?” he recalls them saying.

--With assistance from Rudy Ruitenberg and Andy Hoffman.