Photo Sydneysiders are flocking to the beach to cope with the heat. AAP: Glenn Campbell

Penrith in Sydney's west has reached a top of 47.3C/117.14F, the highest temperature recorded by a weather station in the Sydney metropolitan area in 79 years...

The Bureau of Meteorology (BOM) early Sunday said it had confirmed preliminary data and declared it was the highest temperature ever recorded by a weather station in the Sydney metropolitan area.

However, the NSW BOM tweeted just after 4:00pm that they had missed a temperature in the north-western Sydney suburb of Richmond, at a now closed recording station.

A weak south-easterly change forecast to come through later on Sunday offering some relief to the coast.

#SydneyHeat UPDATE: #Penrith has now reached 47.3 degrees at 3:25pm according to the preliminary live data from the weather station there.

"That may just trickle into the western suburbs this evening, however the west is still expected to remain very hot for the rest of the day," said Andrew Haigh from BOM.

"Tomorrow will be another hot day in the west, a little bit less so than today in the east."

Total fire bans and severe fire danger warnings were issued by the NSW Rural Fire Service for the Hunter and Greater Sydney, with the bans continuing into the start of the working week.

Sydney's heatwave caused problems at the Sydney International tennis, with fifth seed Kristina Mladenovic retiring after being badly affected by the heat.

Photo Extreme, severe and low-intensity heatwave ratings have been given to most of NSW over the next few days.

The competition was out at Sydney Olympic Park, which had a top recorded temperature of 44.5C/112.1F just after 1:00pm.

Photo: Bahar and Amir Kashefi were beaming bright on their wedding day despite the heat. ABC News: David Spicer

Bahar and Amir Kashefi were still smiling despite the heat scorching their wedding day.

"I'm sweating, my bridesmaid is sweating. The wind was not too bad around here but otherwise it was scorching hot," the bride said.

"I think I am going to cut the wedding short, go straight back to the hotel and jump in the pool."

They organised for two heat-affected homeless people to get to the hospital and transferred several others to refuges and hostels.

Animals at Taronga Zoo on Sydney's north shore were fed a variety of iced foods to keep them cool, with Fergus the Hippo feasting on some carrot ice blocks. 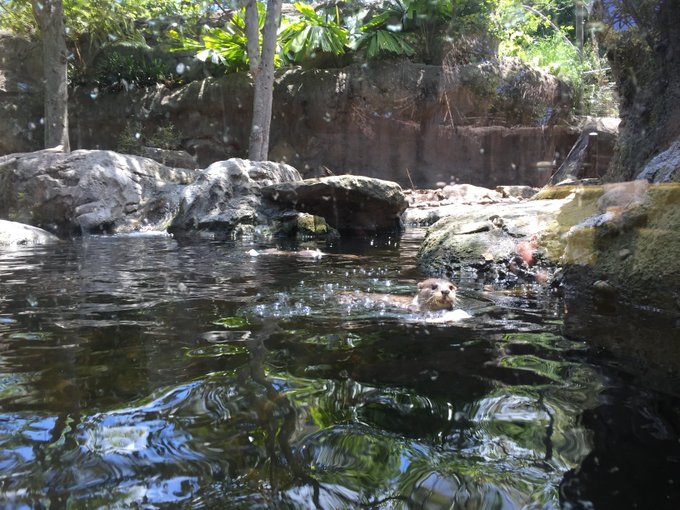 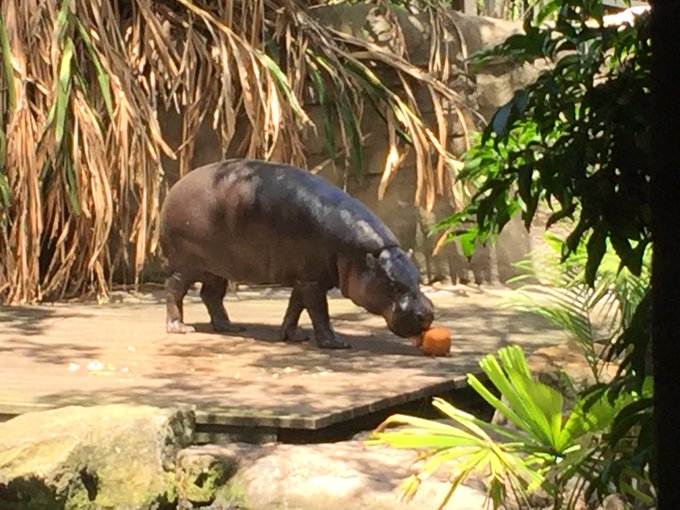 ✔ @abcsydney Even the otters at Taronga Zoo were feeling hotter ... they were fed some prawn ice blocks