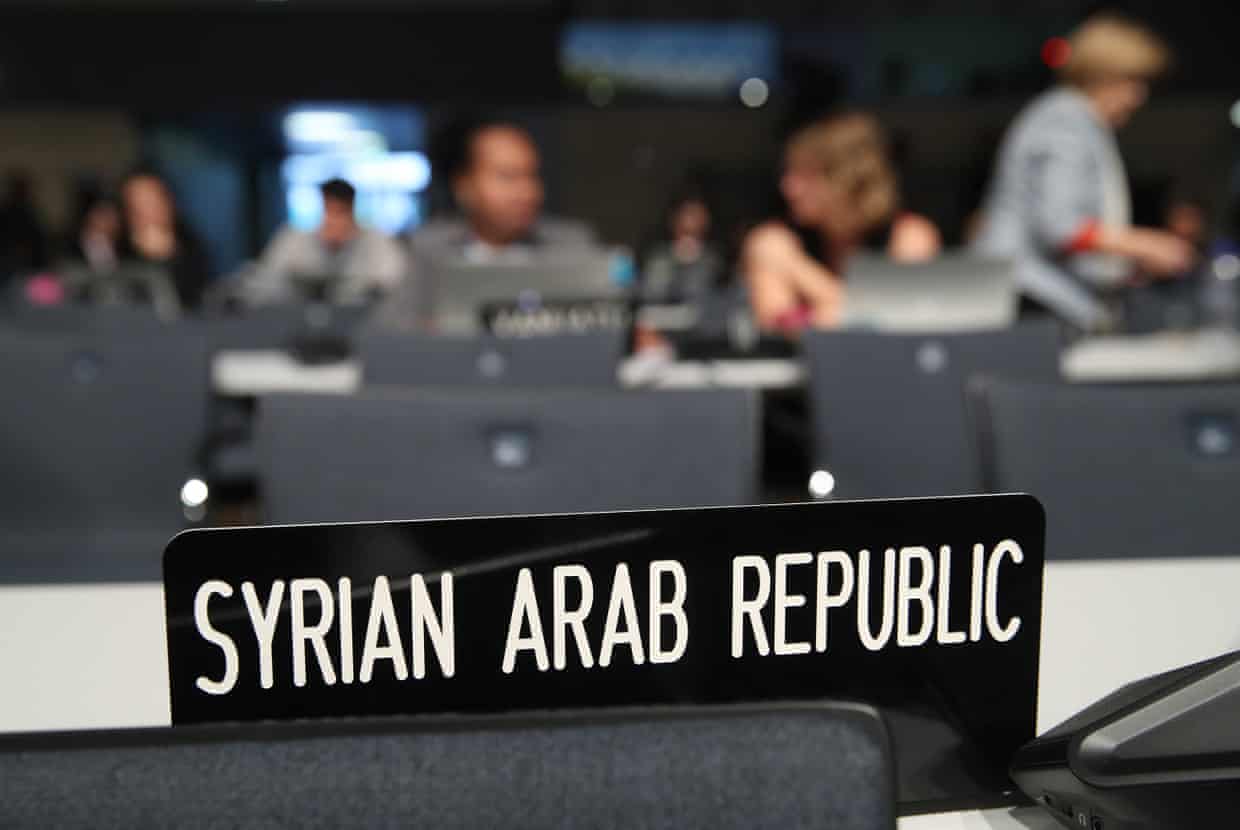 Syria’s decision means America will be the only country outside the landmark deal if it follows through with Donald Trump’s vow to leave...

Syria has decided to sign the Paris agreement on climate change, the world’s final functioning state to do so. The surprise decision, taken amid a brutal civil war in the country, will leave the US as the only country outside the agreement if it follows through on President Donald Trump’s vow to leave.

Syria’s decision brings to 197 the number of nations signed up to the landmark 2015 pact on global warming, the first in more than 20 years of UN negotiations to bind both developed and developing countries to a clear limit on temperature rises.

Q&A: What is the Paris climate agreement?

The 2015 Paris climate agreement is the first truly global deal to tackle climate change. It commits governments to limit temperature rises to no more than 2C – which scientists say is the threshold of safety, beyond which the effects of global warming are likely to become catastrophic and irreversible –  and to pursue efforts to limit the temperature increase to 1.5C. It has been signed by 197 countries. The US is on course to become the only country outside the agreement if it follows through on President Donald Trump’s vow to leave.

President Barack Obama signed the accord and it was ratified before his term of office ended, but this summer Donald Trump began the process of withdrawing from it. Withdrawal will take several years under UN rules, so the US officially remains a party until 4 November 2020, the day after its next presidential election. The US is the only country to renege on the agreement.

Civil society groups said the US, the world’s largest economy and second biggest emitter of greenhouse gases after China, was now isolated on the world stage.

Paula Caballero, global director of the climate programme at the World Resources Institute, said: “Now the entire world is resolutely committed to advancing climate action – all save one country. This should make the Trump administration pause and reflect on their ill-advised announcement about withdrawing from the Paris agreement.”

Michael Brune, executive director of the Sierra Club environmental group, said: “As if it wasn’t already crystal clear, every single other country is moving forward together to tackle the climate crisis, while Trump has isolated the US in an embarrassing and dangerous position. Trump’s desperate moves to help corporate polluters by refusing to acknowledge the climate crisis shows he neither cares about leadership nor does he understand it.” 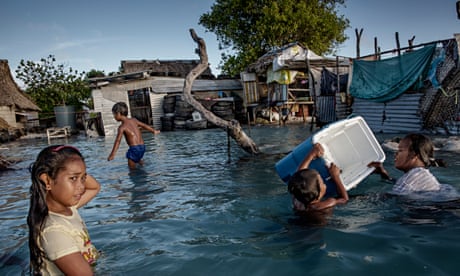 The COP23 climate change summit in Bonn and why it matters. Read more...

Observers said that although the White House could withdraw the federal government from the pact, cities and states in the US would continue to take action on climate change, for instance by investing in renewable energy.

The French government, according to reports, said Trump had been excluded from the invitations to more than 100 world leaders to meet in Paris for a climate conference next month, to follow on from the Paris agreement.

The US delegation in Bonn, where two weeks of UN climate negotiations are in their second day, did not respond to the Guardian’s request for comment.

The US is participating in the Bonn talks, according to the UN climate chief Patricia Esposito, but its contributions so far have been low-key. Under UN rules, it will continue to be allowed to do so until the formal withdrawal can be completed in 2020.

At the Bonn talks, called COP23 in the UN jargon, countries are hoping to come up with a roadmap to meet the goals set out in the Paris agreement. In 2015, countries agreed to hold rising temperatures to no more than 2C, which scientists say is the limit of safety, beyond which the ravages of climate change are likely to become catastrophic and irreversible.

Such a roadmap must include ways to toughen the promises on curbing greenhouse gas emissions that countries made in Paris. The Paris pledges are not in themselves enough to satisfy the 2C limit, and if left unchanged would lead to a 3C rise in temperatures, according to studies. A 3C rise would mean far higher sea level rises, heatwaves and droughts afflicting large swaths of the globe and making agriculture impossible in those areas, while devastating floods would increase in other areas.

To meet the Paris goals, countries will have to ratchet up their commitments on emissions reductions, which will be a difficult negotiation. Scientific advice at the Bonn conference has been clear, however: this year is likely to be the third warmest on record, confirming a warming trend that bears the fingerprints of human activity affecting the global climate.

Syria’s decision was largely symbolic, given the country’s disarray, and follows a similar announcement before the Bonn talks by the only other holdout on the Paris accord, Nicaragua.

Also at Bonn, the Vatican Pontifical Academy of Sciences warned in unusually strong terms that unchecked climate change and air pollution would put “the very fabric of life on Earth, including that of humans, at grave risk”. The Pope warned in a preface to the Vatican report that “transport, industrial fumes, substances which contribute to the acidification of soil and water, fertilisers, insecticides, fungicides, herbicides and agrotoxins in general” were risks to millions, with the poor at particular hazard, and warned that technology from the business sector might not be the answer. The Pope has been increasingly outspoken on environmental issues, sending out an encyclical on climate change ahead of the Paris agreement.

The European Environment Agency reported that the EU was on track to meet its goals on reducing emissions by 2020, with a slight fall in greenhouse gas output last year, but would require more effort to meet its 2030 targets under the Paris agreement.