TELL THE NY TIMES: DO NOT PROMOTE CLIMATE DENIAL AT YOUR PAPER... 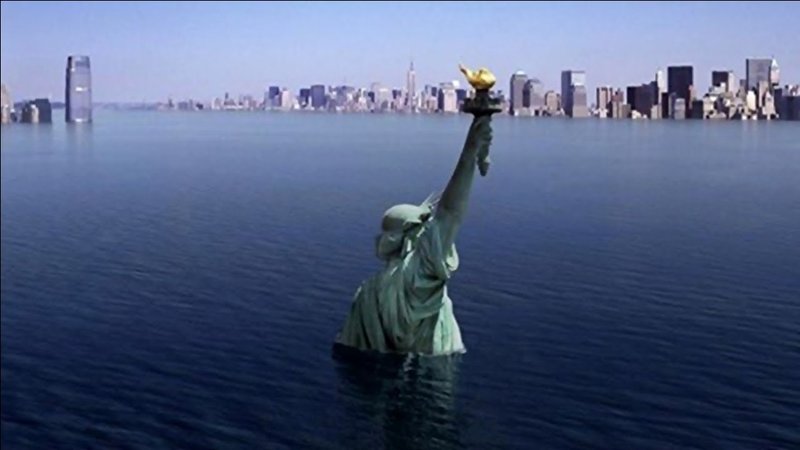 Tell The New York Times that climate denial should have no place on its editorial page! Please sign and share our petition!

The New York Times has hired the columnist Bret Stephens, who is on record dismissing climate change as “hysteria generated by an imperceptible temperature rise of 1.7 degrees Fahrenheit since 1880.” In his first column for the Times, “Climate of Complete Certainty,” Stephens argued that we should doubt the certainty of climate science before we call for changes in public policy to address climate change. He said it is “not entirely” true that “the science is settled” and “the threat is clear.”

In fact, climate science tells us with over 90-95% certainty that if we continue to emit CO2 at our current rate we will cause the planet to warm between 3-5.5 °C over the coming ninety years. Uncertainty in the modeling is already accounted for by the range of projected temperatures. Even 3°C warming would be catastrophic for human beings everywhere. 3°C warming would destroy agricultural systems that feed millions of people, incite fatal droughts and heat waves, and flood our costal cities, rendering them uninhabitable. It is only by taking immediate steps to decarbonize our global economy – even bigger steps than were outlined in the 2016 Paris Agreement – will we have any hope to hold warming at 2°C and preserve our current way of life.

The world's most respected climate scientists have signed an open letter calling Stephens' work “inaccurate and misleading.” (You can read that letter here: https://www.climatefactsfirst.org) And indeed Stephens is spreading the disinformation campaign developed by Exxon and its lobbyists in the 1990's (a campaign first exposed, in a somewhat painful irony, by The New York Times itself). This campaign uses the tobacco-industry playbook of minimizing and distorting scientific research into the hazards of smoking to minimize and distort scientific discoveries about the dangers of burning fossil fuels. The connections between tobacco-industry and fossil-fuel industry propaganda have been well documented, for example in Merchants of Doubt by Naomi Oreskes, Professor of the History of Science at Harvard University.

By claiming that Bret Stephens' arguments fall safely within "a range of views" that reasonable people may debate, The New York Times is legitimating the dangerous lie that there is enough uncertainty in the climate science to make us question whether we need to phase out fossil fuel consumption. In seeming to provide its readers with different viewpoints about climate change, The New York Times is in fact reinforcing and amplifying one viewpoint: that of the fossil-fuel industry and the climate-deniers in the Trump administration who are spreading the fake news that we must debate the science before policymakers act. Legitimating fake news about climate is irresponsible and dangerous.

Every one of us who signs this petition has a deeply personal reason for protesting the hiring of Stephens by The New York Times. I am lucky to have a seven-year-old boy who I and his father love more than anything in the world; we will fight tirelessly to leave him a planet on which he can live safely and, if he wishes, have children of his own to love with equal ferocity. We trust that the Editors of The New York Times have similar hopes for a livable future.

We call on The New York Times to rescind its offer to Bret Stephens and instead hire a columnist committed to advancing his political position without using lies to support his argument. We urge the Times to remember that only its commitment to the truth enables it to fulfill the public trust and maintain the broad readership that has made The New York Times America's paper of record.

This petition will be delivered to: