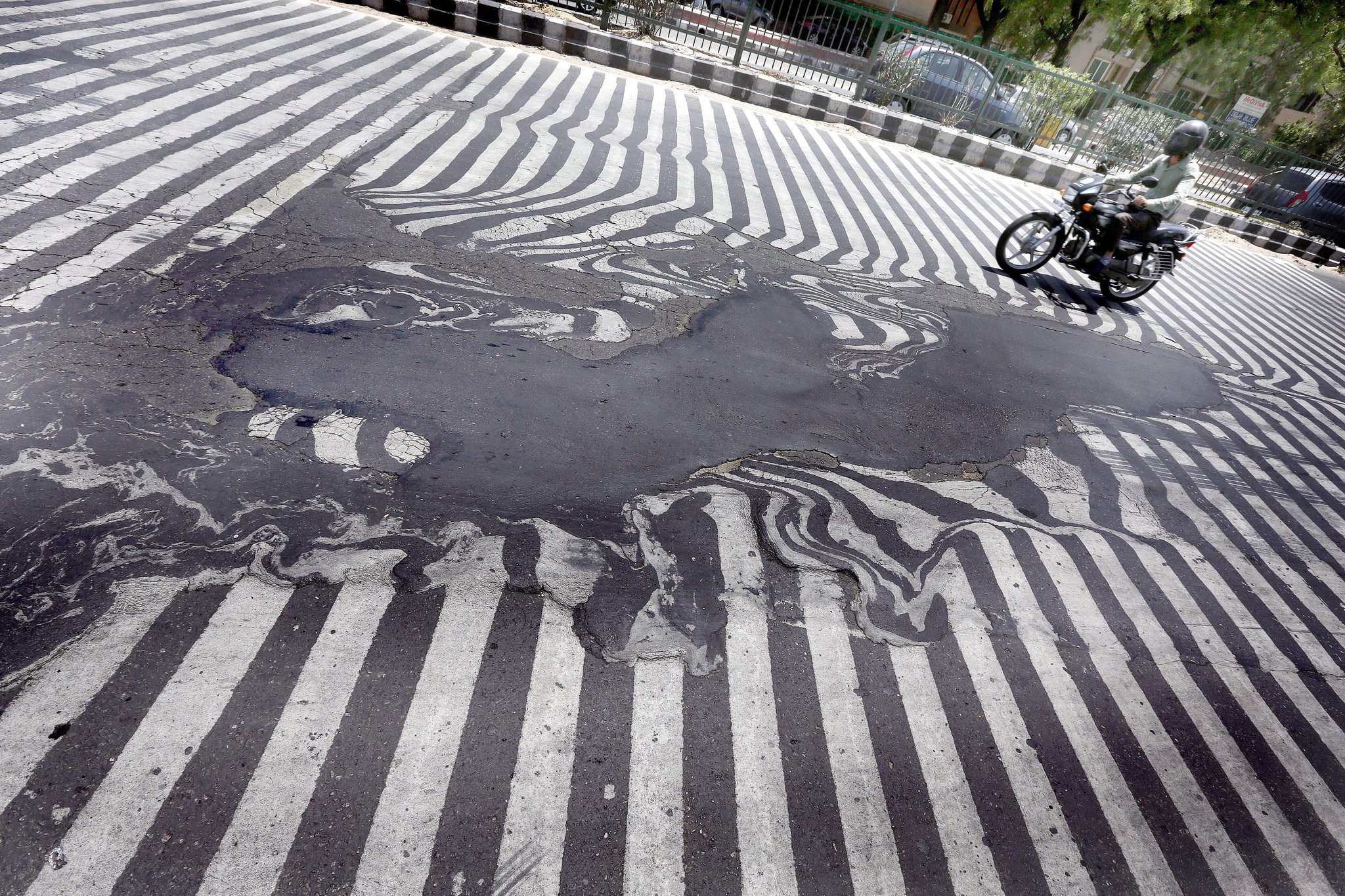 When the mercury surges, people die. A heat wave in 2015 melted asphalt in New Delhi, India, and caused the deaths of at least 2,500 people. Credit Harish Tyagi/European Pressphoto Agency

ONE of Donald Trump’s 100 wackiest ideas is that climate change is a hoax fabricated by China to harm America...

“The concept of global warming was created by and for the Chinese in order to make U.S. manufacturing uncompetitive,” Trump once tweeted.

He later said, unconvincingly, that he had been kidding about China, but he has emphasized that he does not believe in climate change and would end serious efforts to prevent it.

That obstinacy confronts a new wave of research showing that climate change is much more harmful than we had imagined.

Until now, the focus has been on rising seas, more intense hurricanes, acidification of oceans, drought and crop failures. But new studies are finding that some of the most important effects will be directly on our bodies and minds.

A clever new working paper by Jisung Park, a Ph.D. student in economics at Harvard, compared the performances of New York City students on 4.6 million exams with the day’s temperature. He found that students taking a New York State Regents exam on a 90-degree day have a 12 percent greater chance of failing than when the temperature is 72 degrees.

The Regents exams help determine whether a student graduates and goes to college, and Park finds that when a student has the bad luck to have Regents exams fall on very hot days, he or she is slightly less likely to graduate on time. 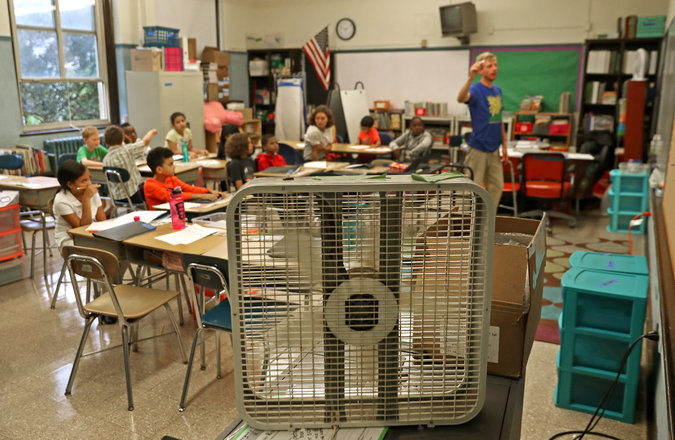 Hot and humid during the first week of the school year at the Mary Curley K-8 school in Boston on Thursday. Credit David L. Ryan/The Boston Globe, via Getty Images

Likewise, Park finds that when a school year has an unusual number of hot days, students do worse at the end of the year on their Regents exams, presumably because they’ve learned less. A school year with five extra days above 80 degrees leads students to perform significantly worse on Regents exams.

The New York City students in Park’s study do poorly on hot days even though the majority of city schools are air-conditioned (perhaps in part because the air-conditioning often barely works). Imagine the consequences in hotter climates with less air-conditioning: The average Indian now endures about 33 days a year above 90 degrees, and that is forecast to increase by as many as 100 days by 2100.

“If students in New York public schools are being affected by heat stress, one can only imagine what it’s like for a student in Delhi,” Park notes.

Heat affects our bodies as well as our minds: As temperatures rise, people die. In India, a rise of 1.8 degrees Fahrenheit in average daily temperatures leads to a 10 percent increase in the annual mortality rate. Even a single extra hot day leads to a noticeable jump in mortality. 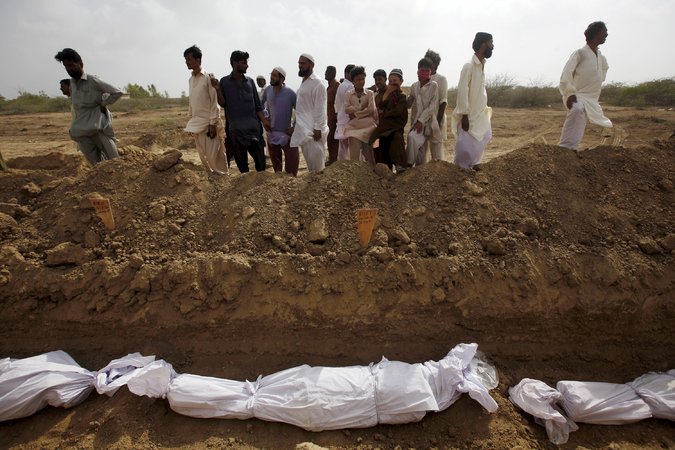 Bodies of people who died due to an intense heat wave, during a mass burial at Edhi Foundation graveyard in Karachi, Pakistan, June 26, 2015. Credit Akhtar Soomro/Reuters

Even in the U.S., heat kills. A single day above 90 degrees increases the monthly mortality rate by more than 1 percent, according to research by Olivier Deschenes and other economists.

We just don’t function as well when the mercury goes up. When the temperature rises above 85 degrees, Americans who work outside cut their time in the heat by about an hour. Even in auto factories, most presumably air-conditioned, a week of six days above 90 degrees reduces production by 8 percent.

“The relationship is really clear,” said Edward Miguel, an economist at the University of California, Berkeley, who has studied the issue. “Extremes in climate lead to more violence, more killing, more war, more land riots in Brazil, more sectarian violence in India. It’s pretty stunning how the relationship between climate and violence holds across the globe.”

The starting point is that heat makes people irritable. Researchers have found hot days linked to more angry honking in Arizona, and more road rage and car accidents in Spain. Scholars have done the math and found that on hot days a major-league baseball pitcher is more likely to retaliate for a perceived offense and deliberately hit a batter.

“High temperatures,” that study finds, are “lowering inhibitions against retaliation.”

On hot days, property crimes aren’t more common, but murders go up with the temperature. Likewise, researchers find that police officers are more likely to draw and fire their weapons during a training session conducted on a hot day.

In Tanzania in any season, elderly women are sometimes accused of witchcraft and hacked or beaten to death. Professor Miguel has found that unusual weather linked to climate change — either drought or heavy rainfall — is associated with a doubling in the number of these “witch” killings. 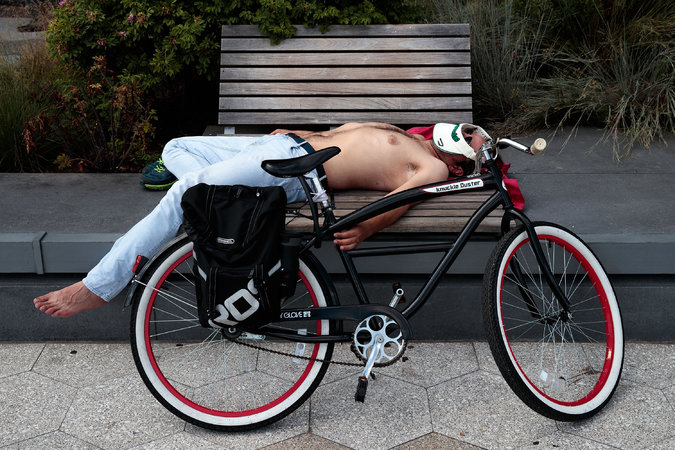 It appears that 2016 will be the hottest year in recorded history, and each of the first six months of this year set a record as the hottest ever — the hottest January, the hottest February, and so on. But it’s not just that the mercury is going up; fundamentally, we are creating a hotter world for which we humans are poorly adapted.

So it’s time for Trump — and all Americans — to re-evaluate. Climate change isn’t a hoax, and it certainly isn’t a Chinese conspiracy. Unless we act, we’re cooked!