THE ARCTIC IS MELTING, AND FAST. BUT MAYBE DATA CAN SAVE IT... 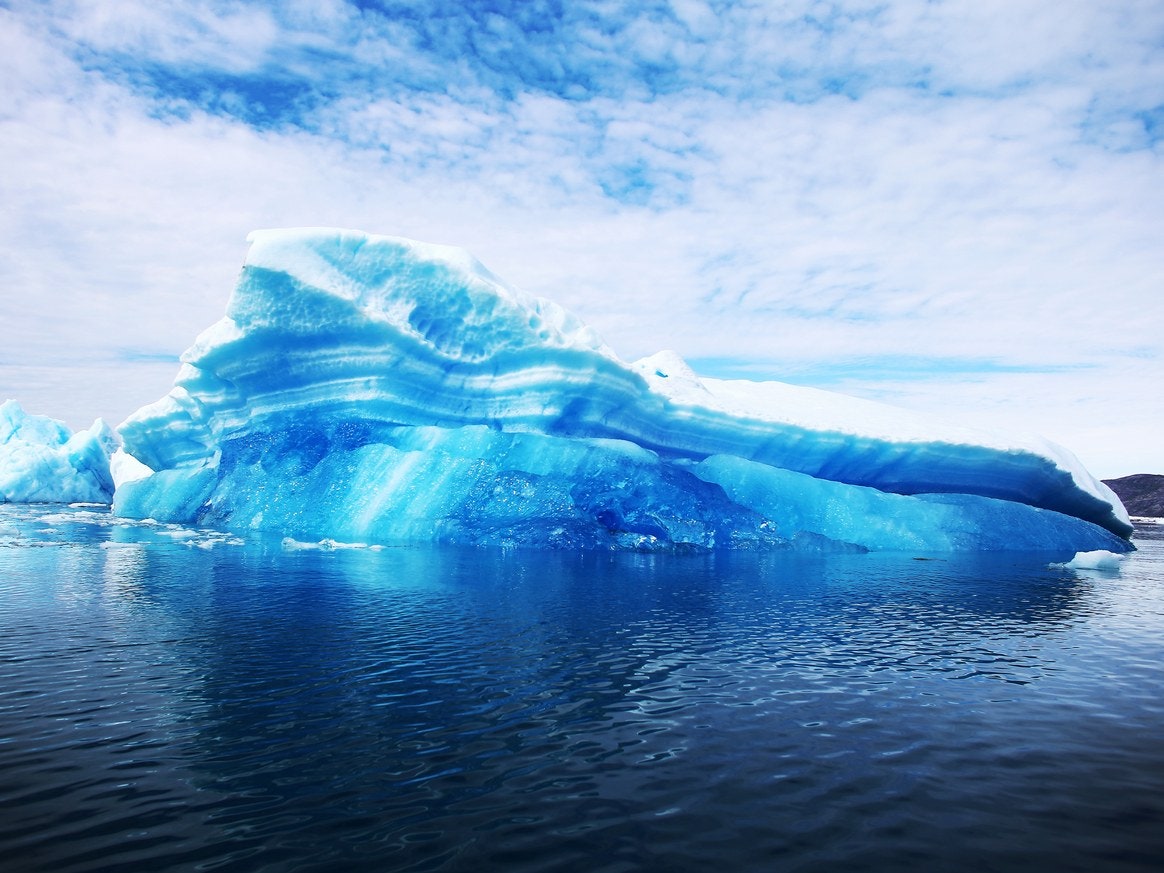 The melting Arctic has become this decade’s Amazon deforestation crisis. There’s no Sting album or fair trade coffee fundraiser, but the world’s attention turns north with each piece of distressing news of the catastrophic polar melt...

Two weeks ago, the sea ice cover melted to a historic minimum—it tied for lowest ever on record—according to the National Snow and Ice Data Center. It’s gotten so bad that a luxury cruise liner was able to sail through the ice-free Northwest Passage from Vancouver, B.C., to New York recently, raising fears of accidents or oil spills in a vast, relatively unspoiled region that’s not prepared to handle clean-ups or search and rescue. That’s pretty worrying. Which is why it’s important that representatives of 28 nations are meeting at the White House today to figure out better ways to gather, and share, Arctic science data.

“We needed a process for dealing with the looming challenge that the Arctic represents,” says Mark Brzezinski, executive director of the US Arctic Executive Steering Committee and the organizer of the Arctic Science Ministerial. Science ministers from the eight-member Arctic Council, as well as 20 other nations with interests there, will hash out a new data-sharing and observation network with the European Union.

The network will combine atmospheric, oceanographic and land-based observations about the quickly-changing environment. It will also take advantage of trained citizen observers who live in the region, such as the many indigenous tribes from Alaska to Finland.

As part of this data-sharing, the National Geospatial-Intelligence Agency and the National Science Foundation are also unveiling a new three-dimensional topographical maps of the entire Arctic down to eight-meter resolution. “It will allow us to set a marker regarding where things are and where they are going with coastal erosion, the ice melt and recession away from the shoreline,” Brzezinski said. The same team released a high-resolution map of Alaska in August.

By next year, NGA analysts hope to boost the resolution of the satellite-based map down to three meters, good enough to see trucks and buildings as well. Which might be useful for other types of Arctic observations. For instance, Russia’s Novaya Zemlya nuclear test site lies within the Arctic zone, as well as several submarine bases and missile sites, according to Melissa Hanham, a researcher at the Middlebury Institute of International Studies who uses satellite images to keep an eye on nuclear proliferation across the globe.

Oil folk are interested, too. The Arctic’s harsh environment contributed to Royal Dutch Shell’s withdrawal last year from Alaska’s Chukchi Sea. The same pressures caused Norway to scuttle its drilling plans up north. “We are always happy when other countries are interested in the Arctic,” said Torbjørn Røe Isaksen, Norway’s research minister who will be in Washington this week. “There’s a lot more research to be done on the balance between development and protecting the north. This is not wasteland. It’s a normal part of Norway with cities and towns and 4G mobile coverage.”

This week, however, talk in Washington will be more about how to help scientists better track of environmental changes, rather than political ones. Unlike the Antarctic continent, which has been under a scientific treaty for almost 60 years and where commercial activities are banned for the most part, the Arctic is anybody’s space.