THE COST OF CLIMATE CHANGE: WORLD'S ECONOMY WILL LOSE $12 TRILLION UNLESS GREENHOUSE GASES ARE TACKLED...

Preventing global warming from rising above 1.5 degrees Celsius will mean the world’s economy is at least 10 per cent bigger by 2050 than it would be if action is not taken to reduce greenhouse gases, according to a new report.

The planet’s average temperature has already risen about 1C in about 130 years, with scientists admitting that restricting this to just 0.5C more will be difficult.

However the report – released by the United Nations Development Programme and a group of 43 developing countries which are highly vulnerable to climate change – argued doing so would be worth it.

As a result, the world’s gross domestic product would fall by $21 trillion by 2050, compared to $33 trillion under a ‘business-as-usual’ approach that allows global warming of 2.5 degrees. This saving of $12 trillion (about £9.6 trillion) represents about 10 per cent of global GDP.

It would also “substantially” reduce the risk of the flooding of large parts of the world’s lowest lying land, “with the Greenland ice sheet facing irreversible decline most likely around 1.6C of warming”.

All the ice on Greenland would take some time to melt but would raise sea levels by seven metres once completely gone.

Keeping global warming to 1.5 per cent would mean at least 10 per cent of the coral reefs on the planet would survive; any higher and the “virtual disappearance” of this key marine ecosystem would begin.

The report, called Pursuing the 1.5C Limit, said such changes would dramatically affect the world’s economy. 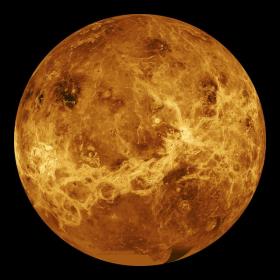 Climate change may be escalating so fast it could be 'game over', scientists warn...

“In the high-warming scenario in Bangladesh, GDP per capita growth would decrease from 6 per cent per year in a no-climate-change reference scenario, to only 4 per cent, and annual growth for China would be reduced from 2 per cent to 0.5 per cent per year,” it said.

“The contractions in India and China alone may have large implications specifically on the growth of neighbouring countries in the region, as well as the world economy.

“These reductions in macroeconomic outputs induced by climate-change impacts could therefore pose a very serious challenge to poverty eradication efforts in the developing world.

The dead sea: Global warming blamed for 40 per cent decline in the ocean's phytoplankton

“In rich countries like Japan and the USA, climate-change damages might flip the GDP projections from a modest annual growth to a potential annual decline, in the absence of adaptation.”

Writing in the report’s foreword, Professor Magdy Martinez-Soliman, of the United Nations Development Programme, said: “Pursuing efforts to limit warming to 1.5°C is absolutely critical so that all countries take strong and ambitious action on the ground.

“This global threshold will guide our efforts for decades to come and shape our achievement of the goals we agreed to within the Paris Agreement.”

He said that efforts to restrict global warming would also help tackle poverty.

Climate change protests around the world

“Renewable energy and the potential it has to plug off-grid power gaps, for example, may be indispensable to achieving universal energy access,” Professor Martinez-Soliman said.

“Reducing vulnerability of food systems can help to end hunger and malnutrition around the world.”