The race is on to prove that CO2 can be taken from the air and recycled into profitable, carbon neutral fuels. But cost and investment obstacles remain...

In an industrial greenhouse about 30km from Zurich, plump aubergines and juicy cherry tomatoes are ripening to perfection. Growing Mediterranean crops in Switzerland would traditionally be energy intensive but these vegetables are very nearly carbon-neutral. The greenhouse uses waste energy from a nearby refuse plant, and carbon dioxide from the world’s first commercial direct air capture plant.

The facility, designed by Zurich-based start-up Climeworks, pumps the gas into greenhouses to boost the plants’ photosynthesis and increase their yield, it hopes, by up to 20%. Climeworks says it will extract around 900 tonnes of CO2 a year from the air.

The company’s end game is not plumper tomatoes but something far more ambitious – proving that carbon dioxide can be recycled from the atmosphere and turned into something useful. If this installation is a success, Climeworks wants to sell its concentrated carbon dioxide to companies producing carbon-neutral hydrocarbon fuels. 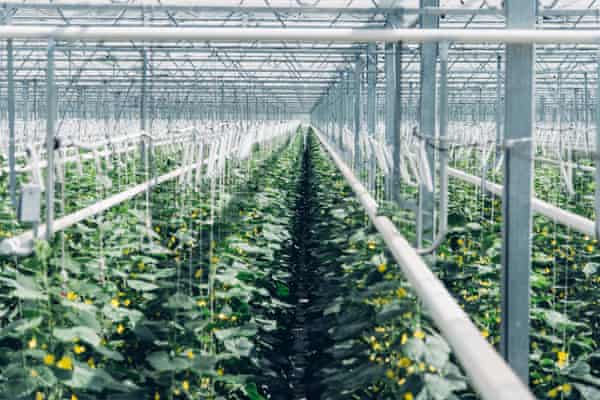 With concentrations of CO2 at their highest in the last 400,000 years, the world needs to remove the greenhouse gas from the atmosphere – as well as cut emissions – if we are to avoid catastrophic climate change.

Of course, nature has been recycling carbon dioxide for millions of years. Photosynthesis turns sunlight, carbon dioxide and water into sugars which fuel plants, which provide us with food, wood and complex sugars for fuel. But most plants turn less than 1% of the solar energy they receive into useful energy-rich compounds.

Scientists and entrepreneurs are working on technologies that they hope will improve on nature and make recycling carbon dioxide a profitable industry.

The World Economic Forum and Scientific American recently named an artificial leaf as one of the top emerging technologies of 2017. Dan Nocera, a chemist at Harvard University, is one of the scientists working on developing this “leaf”, which looks like a small, plain computer chip.

Nocera’s leaf has an energy efficiency of around 10%, according to his paper published last year in Science, a peer-reviewed academic journal. It has two processes. The first is an electrochemical system that uses metal catalysts and electricity from solar panels to split water into hydrogen and oxygen. Then the hydrogen, along with carbon dioxide, is fed to bacteria commonly found in soil and water. The bacteria convert the gases into alcohols like methanol and ethanol that are the precursors to liquid fuels.

These “solar fuels” – so called because they are made from nothing more than sunlight, water and air – could be a carbon neutral drop-in replacement for today’s fossil fuels.

Nocera’s ultimate vision is a cheap, standalone solar-powered system for developing countries to turn water into fuel for vehicles, cooking or power generation. His initial target market is India, where he hopes local scientists and entrepreneurs will help to commercialise the system, although he admits that his technology is years from commercialisation.

In the meantime, several start-ups are trying to beat Nocera to a practical system to recycle CO2 into useful products. Like Nocera’s leaf, all are designed to run on a trickle of electricity from solar panels.

In 2015, Staff Sheehan left Yale University and founded Catalytic Innovations to use metal catalysts like Nocera’s to turn carbon dioxide and water into ethanol, a biofuel that is already added to petrol in many countries to reduce its carbon footprint.

Another start-up, Opus 12, recently spun out of Stanford University in Silicon Valley says it’s “recreating photosynthesis, but at warp speed”. The company says its tech can be used at any source of CO2 emissions to produce syngas. This mixture of hydrogen and carbon monoxide can be burned like natural gas or used to produce a range of industrial chemicals.

And at the annual American Chemical Society meeting in Washington DC last month, a small company called Dioxide Materials said that it had developed electrolysis technology that could split carbon dioxide into oxygen and carbon monoxide – a precursor for methanol – with twice the efficiency of previous systems.

In order for CO2 recycling systems to operate efficiently, however, the gas has to be captured and concentrated from sources such as factories and power stations – or extracted from the air using a system like Climeworks’. And that isn’t cheap.

Capturing CO2 at a factory chimney could cost up to $80 per ton, according to research from the Center for Climate and Energy Solutions. Extracting from thin air is pricier still. Climeworks says it currently costs around $600 to extract a ton of CO2, although it expects that price to halve in its second-generation plant.

“Technologies to capture CO2 from the air, like Climeworks’ units, have the potential for the sort of steep price declines that we’ve seen from solar, wind, and batteries, which are also factory manufactured products,” says Matt Lucas of the Center for Carbon Removal, a non-profit dedicated to curtailing climate change.

“But if we want to compete with gasoline,” says Sheehan, “that cost has to be practically nothing.” 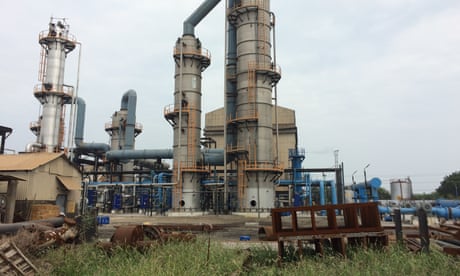 There are a couple of dozen large-scale projects underway to capture and store carbon dioxide from industrial facilities, including a pilot in India turning CO2 into baking soda. However, the International Energy Agency says they are not on track to meet its objective for more than 100 projects by 2020.

Another challenge is the swift change in the political climate. “Traditionally, solar-fuelled artificial photosynthesis has been a government-funded effort,” says Dick Co, director of the Solar Fuels Institute, a global team of scientists working to recycle CO2 into fuels. “But accelerated by the US election last year, we’re seeing a quick shift from government money to philanthropists like Bill Gates and Tom Steyer.” It’s unknown whether these philanthropists will be committed to funding solar fuels over the years and decades they will need to reach commercial reality.

For young companies like Catalytic Innovations, that means seeking out every source of funding. Sheehan’s start-up has made it to the semi-finals of the NRG Cosia Carbon XPrize, a $20m competition to recycle waste carbon dioxide from power plants into valuable fuel or building materials. He is now looking for money to build a larger prototype in the hope of making it to the final round – which would come with half a million dollars seed money.