THE REPUBLICANS WHO URGED TRUMP TO PULL OUT OF PARIS DEAL ARE BIG OIL DARLINGS... 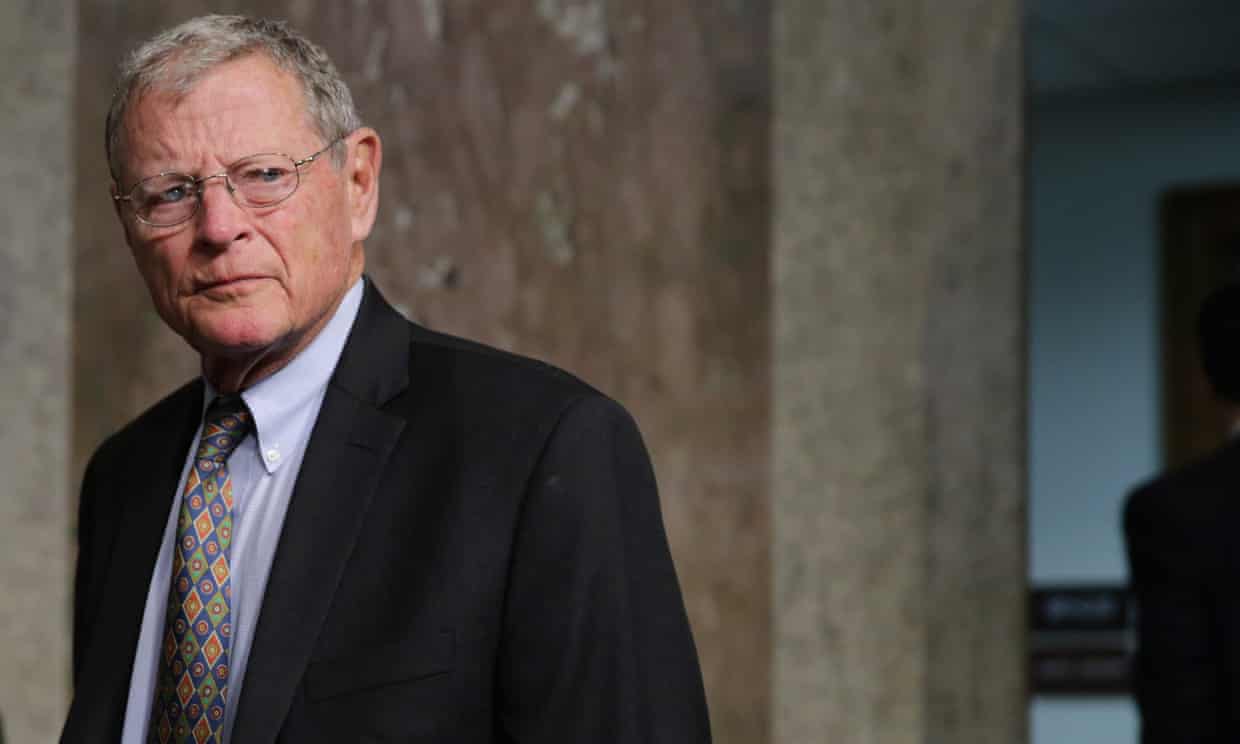 James Inhofe: climate change’s biggest enemy in the Senate, and the co-author of the letter. Photograph: Chip Somodevilla/Getty Images

Twenty-two senators wrote a letter to the president when he was said to be on the fence about backing out. They received more than $10m from oil, gas and coal companies the past three election cycles...

A withdrawal by Donald Trump from the Paris climate accord would go down as a hallmark of his presidency. It would be unilateral, reckless and splashy – trademark Trump. The president has said he will announce his decision at 3pm ET (8pm BST) on Thursday.

But while Trump has often stood on a range of issues as a maverick outlier from mainstream Republican politics, on climate change he is at the centre of the party’s orthodoxy. Trump’s disbelief in climate change and imminent decision on whether to support the Paris agreement reflects an area of unusual agreement between the president and elected Republicans, whose track record of climate change denialism is plain and long.

Analysis Paris climate deal: frustrated world leaders prepare to move on without US 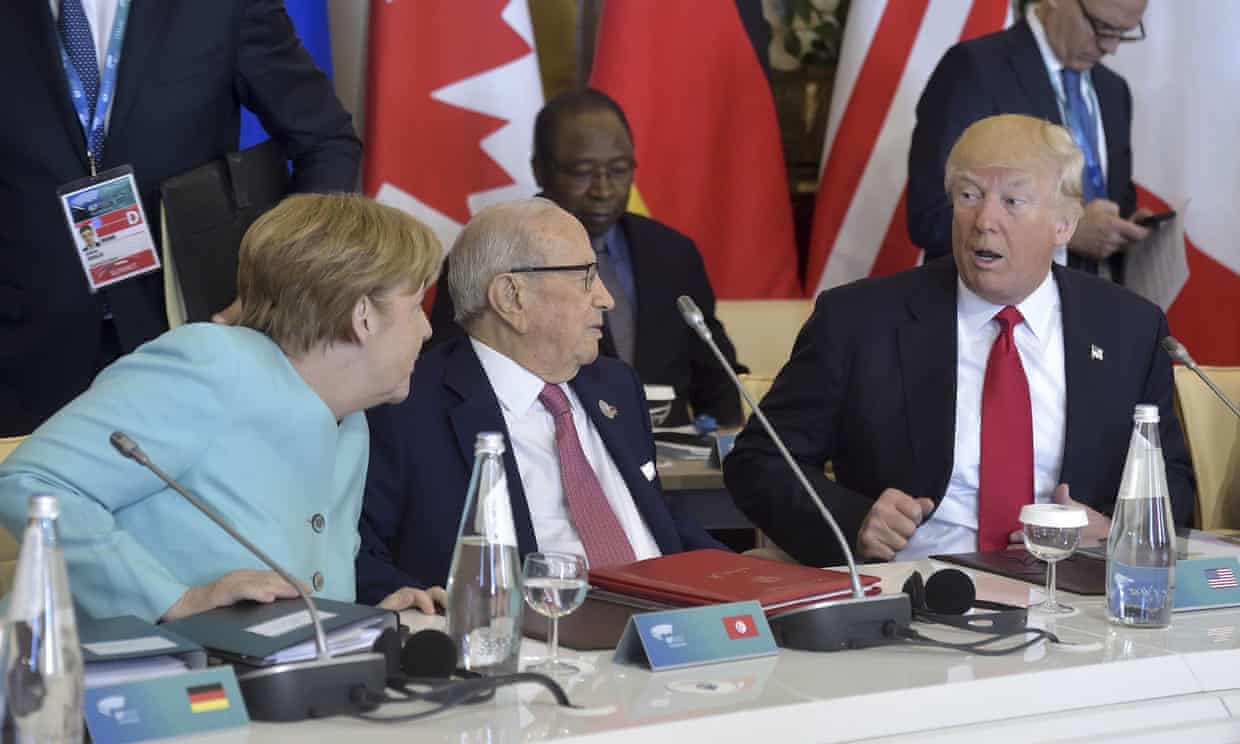 Trump is reportedly poised to pull out of Paris – prompting murmurings that the world would be better off without American involvement. Read more...

Unmissable behind the elected Republicans stand other interests: the oil, gas and coal industries, which together are some of the most influential donors to Republican candidates.

The big-money supporters got a return on their investment last week, when 22 Republican senators whose campaigns have collected more than $10m in oil, gas and coal money since 2012 sent a letter to the president urging him to withdraw from the Paris deal.

Trump had been said to be on the fence about the deal. Members of his inner circle, including his daughter, were reported to favor staying in.

“We strongly encourage you to make a clean break from the Paris Agreement,” read the letter, drafted by Wyoming’s John Barrasso, chairman of the Senate committee on environment and public works, and Oklahoma’s Jim Inhofe, a longtime climate change denier and senior member of that committee.

The letter argued that the Paris deal threatened Trump’s efforts to rescind the clean power plan, an Obama-era set of regulations and guidelines that include emissions caps and other rules deemed onerous by the fossil fuel industries.

It was not as if Trump wanted for advisers urging him to withdraw from the Paris deal even before the letter was sent. Environmental Protection Agency administrator Scott Pruitt and chief strategist Stephen Bannon urged withdrawal, while energy secretary Rick Perry favored renegotiation.

Public opposition to the deal from almost two dozen senators just as the president prepared to make his decision, however, demonstrated the extent to which the opponents of the Paris deal were organized, ready to strike and to offer important political cover if Trump pulls the US out of the historic global deal.

Donations from oil, gas and coal interests to the signatories of the letter are Open Secrets that seemed ready for a new review. A Guardian survey of Federal Elections Commission data organized by the Center for Responsive Politics found that the industries gave a total of $10,694,284 to the 22 senators over the past three election cycles.

Visible donations to Republicans from those industries exceeded donations to Democrats in the 2016 election cycle by a ratio of 15-to-1, according to the Center for Responsive Politics. And that does not include so-called dark money passed from oil interests such as Koch industries to general slush funds to re-elect Republicans such as the Senate leadership fund.

At least $90m in untraceable money has been funneled to Republican candidates from oil, gas and coal interests in the past three election cycles, according to Federal Election Commission disclosures analyzed by the Center for Responsive Politics.

by: Tom McCarthy in New York and Lauren Gambino in Washington