THE WEATHER REPORT IS CLIMATE SCIENCE, TOO... 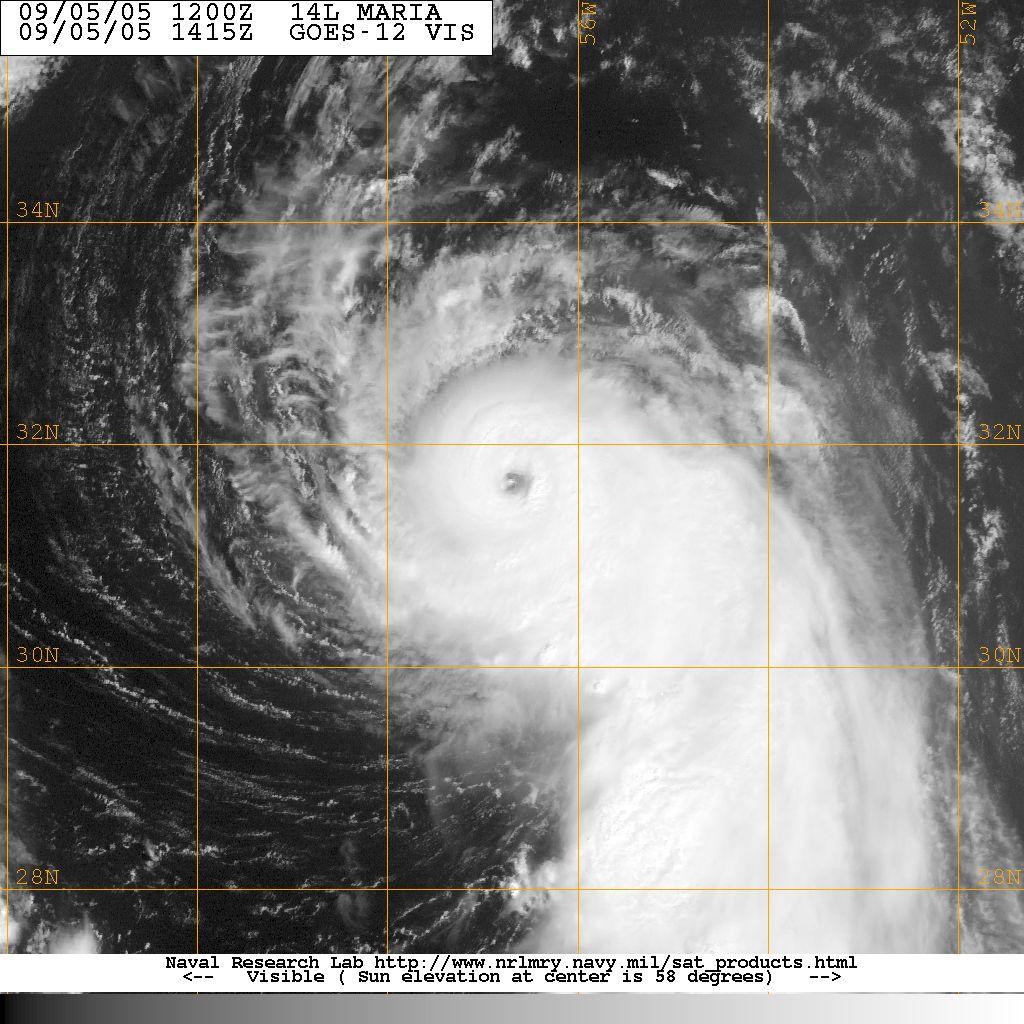 If you turned to any cable news channel lately, you probably saw in-depth coverage of the hurricane du jour. A somber meteorologist pointed to a map depicting the storm’s predicted path, then cut away to the latest satellite image of a monstrous white pinwheel...

Few viewers disbelieve or ignore the TV meteorologists who deliver dire weather forecasts. But if they are like most Americans, only about 60 percent of people who evacuated in advance of Hurricane Irma, or are rebuilding in the wake of Harvey, believe that global warming is affecting weather in the United States.

Why do so many people trust the experts who tell them a hurricane might flood their homes, but not the experts who warn that humans are changing the planet’s atmosphere and oceans in ways that make hurricanes worse? While weather forecasters and climate scientists focus on different time scales, they rely on similar data and computer models, and both groups’ accuracy has steadily improved over the decades.

Part of the problem is that while TV meteorologists may not be climate-change deniers, too many are climate-change ignorers. They’re like sportscasters who give the score for tonight’s football game but fail to report on next year’s draft picks. That leaves Americans uninformed and unprepared for what’s coming—willing to open their pocketbooks for disaster relief, but clueless about disaster prevention.

The climate connection. The back-to-back assaults by Hurricanes Harvey and Irma marked the first time on record that two Category 4 storms in the Atlantic made landfall in the United States in the same year. As Colorado State University meteorologist Philip Klotzbach has documented, Irma also set records for its sustained wind speed (185 miles per hour for 37 hours) and its duration as a Category 5 hurricane (more than 3 consecutive days). Harvey, though not as powerful as Irma, dumped enormous amounts of rain over a huge area—including more than 50 inches of rain on Houston—making it the most extreme rain event in the recorded history of the continental United States.

Climate change didn’t cause these storms, and the National Oceanic and Atmospheric Administration says “it is premature to conclude that human activities—and particularly greenhouse gas emissions that cause global warming—have already had a detectable impact on Atlantic hurricane or global tropical cyclone activity.” However, the agency notes that global warming is expected to make tropical cyclones more intense by the end of the century, as well as more likely to have “substantially higher rainfall rates.” And climate scientists point to several ways in which global warming may already be exacerbating hurricanes.

For one thing, hurricanes get their energy from warm, moist air masses. Rising water temperatures in the Atlantic Ocean and Gulf of Mexico are creating more fuel for hurricanes. Irma, for example, encountered water approaching 90 degrees Fahrenheit as it made its way toward Florida.

Second, because warmer air holds more water vapor, each degree Fahrenheit of warming increases the average atmospheric moisture content by about 3 percent. That leads to more extreme rainfall and flooding.

A matter of scale. For decades, climate scientists have tried to educate the public about the difference between these longer-term climate trends and the daily weather. They want people to understand that bringing a snowball to the floor of the US Senate is evidence only of the weather on a particular day at a particular location, not a counterargument to NASA data showing that, globally, 16 of the 17 warmest years on record have occurred since 2001.

Unfortunately, scientists may have tried too hard to distinguish between weather and climate. In fact, weather and climate describe the same phenomena, just on different time scales. Weather is what you experience when you step outside today, while climate represents an average of the weather over many years.

“It’s time to shed some of the fussy over-precision about the relationship between climate change and weather,” writes columnist David Leonhardt in the New York Times. “We don’t display the same fussiness in other important areas.” For example, we don’t expect doctors to prove that an individual case of lung cancer was caused by smoking, even though we accept the scientific consensus that smoking causes cancer.

The science connecting weather to climate has advanced significantly in recent years, according to an October 2016 paper in the World Meteorological Organization Bulletin. “The media, politicians, and some scientists outside this area of research still often claim that ‘we can’t attribute any individual event to climate change.’ This may have been true in the 1990s, but it is no longer the case,” the authors write. They call on weather forecasters and other journalists to discuss the most visible impacts of climate change in their coverage of weather disasters.

Early warning. Better data and faster computers are behind the advances in forecasting both weather and climate. The weather-prediction models and satellite imagery used by meteorologists at places like the Weather Channel and CNN keep getting better, and meteorologists were able to predict catastrophic flooding from Hurricane Harvey long before the rain began.

Meteorologists don’t get every detail right, of course. Their viewers understand that there is a certain amount of uncertainty involved in tracking a fast-moving storm. With Irma, for example, there was uncertainty about where it would make landfall, whether it would travel up Florida’s east or west coast, and how big the storm surge would be. One thing was certain, though: It would cause severe damage.

Climate models have likewise gotten better in recent years, accurately predicting many of the climate impacts for which there is now empirical evidence. NASA issued its estimate that 2016 was the warmest year on record globally with greater than 95 percent certainty, and the Intergovernmental Panel on Climate Change expressed the same level of confidence when it issued its 2014 finding that human activities are largely responsible for the observed global warming since 1950. “The ongoing long-term warming trend is clear,” says Gavin Schmidt, director of NASA’s Goddard Institute for Space Studies.

For both climate change and extreme weather, modern society now has more advance notice than ever before. And yet some of the same people who plan their wardrobes and evacuation routes based on TV weather models claim that climate models can’t be trusted. And I’m not just talking about Florida-based radio host Rush Limbaugh, who suggested on the air that Hurricane Irma safety warnings were so much political and profit-driven hype—before himself evacuating a few days later.

Covering climate. Many meteorologists are themselves climate-change skeptics. A survey last year by researchers at George Mason University found that nearly all weathercasters think climate change is happening, but less than half “are convinced that the climate change over the past 50 years has been primarily or entirely due to human activity.”

Even weathercasters who understand that humans are driving climate change are reluctant to help their audiences make the connection between weather and climate. As the New York Times recently reported, “though there is no debate among Weather Channel executives and meteorologists about man-made global warming, they are wary of alienating their core audience, which leans right. ‘I believe in climate change, and I believe it’s man-made,’ said Dave Shull, the company’s chief executive and a Republican. . . ‘But I’m not a big fan of the term. It’s been politicized.’”

Shull’s words echo those of politicians and government officials like EPA chief Scott Pruitt, who called any discussion of climate change during Hurricane Irma “misplaced” and “insensitive.” Governor Rick Scott of Florida said his state had “never seen anything like” Irma, but has refused to acknowledge any connection between climate change and increasingly severe weather.

The long-term forecast. Pruitt and Scott are part of the problem. Scott, for example, cut funding to restore wetlands that would help buffer Florida from future hurricanes. Pruitt leads an environmental agency that is rescinding or suspending virtually every policy and program designed to mitigate the worst impacts of climate change. And the Trump administration has proposed slashing the budget for the National Weather Service, climate research, Earth-observing satellites, and FEMA’s Flood Hazard Mapping and Risk Analysis Program.

Weather warnings help people prepare for short-term impacts, but even the Cajun Navy will not be able to rescue coastal communities from the long-term impacts of climate change. Disaster relief is essential in the wake of Hurricanes Irma and Harvey, but it must be followed by actions to prevent future disasters from occurring, and to adapt to those that cannot be prevented.

Places such as New York City, the Netherlands, and even Bangladesh are taking the climate threat seriously and developing strategies to deal with it. The mayor of Miami says this is, in fact, the right moment to talk about climate change.

Weathercasters and government officials are the ones who should be leading that conversation, not suppressing it. If a majority of Americans don’t begin to trust climate science as they do the weather report, none of us will make it to higher ground.

Stover is a science writer based in the Pacific Northwest and is a contributing editor at the Bulletin. Her work has appeared in Scientific American, Conservation, Popular Science, New Scientist, The New York Times, and other publications. One of her articles is included in the 2010 Best American Science and Nature Writing, and another article was awarded a special citation by the Knight-Risser Prize for Western Environmental Journalism.