THE WHITE HOUSE SAID WHAT? 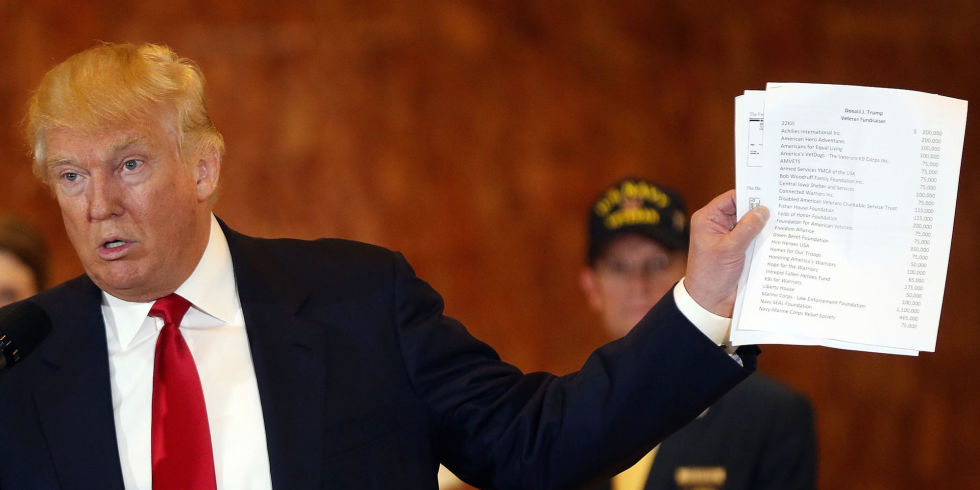 On Wednesday, March 15, President DONALD TRUMP released his proposal for a federal budget.

This month, President Trump released his proposed budget — and it's worse than we thought. His plan seeks to eliminate the federal government's role in addressing climate change with deep and devastating cuts to climate programs across the board...

But the budget can only go through with approval from Congress — so we have a real chance to stop it. The fight over the Affordable Care Act just proved that real wins are possible and pressure works, so let's be sure Congress hears from us.

Tell Congress today: Reject Trump's budget and save the vital climate programs that protect our communities, before it's too late.

Trump is making good on his promise to reverse President Obama's environmental legacy and to dismantle the Environmental Protection Agency (EPA). Trump's budget lays out far-reaching and drastic cuts — or outright elimination — of climate programs at EPA, NASA, NOAA, and the Energy and State Departments.

The EPA is hardest hit, with a 31% cut to the agency's budget. More than 50 programs and 3,000 jobs at EPA are on the chopping block. Under this budget, international climate change efforts would be terminated, scientific research slashed, community programs decimated, and implementation of the Clean Power Plan eliminated. Real people and communities bear the brunt of these actions.

Budgets show the public what an administration values and President Trump made it painfully clear that his administration values the profits of corporate polluters over the health and well-being of Americans. Explaining the budget, Mick Mulvaney, White House Director of the Office of Management and Budget, called climate change programs "a waste of your money," and said, “we’re not spending money on that anymore.”

This won't stand. Call on Congress to protect the American people from Trump’s devastating vision for our future.

It gets worse. President Trump's disastrous executive order on climate is expected tomorrow. As the administration attempts to roll back climate regulations, cut scientific research funding, and deconstruct our nation’s most crucial programs, we know that ClimateTruth.org members will continue to stand with scientists and the people most harmed by these policies. We will keep raising our collective voices like never before in support of truth, science, and all of the things we love which science protects.

Today that means telling Congress to reject this budget proposal.

Climate change programs save lives and assure a livable world for future generations. They are not the “waste of money” that the White House claims. That's why we'll keep fighting back with everything we've got.

Truthfully yours,
Brant, Emily, Amanda and the rest of the ClimateTruth.org team

President Trump released his budget — and it's devastating, with draconian cuts to climate action.