THE WHITE HOUSE SAYS CLIMATE CHANGE ISN'T A NATIONAL SECURITY THREAT. THE MILITARY SAYS IT IS... 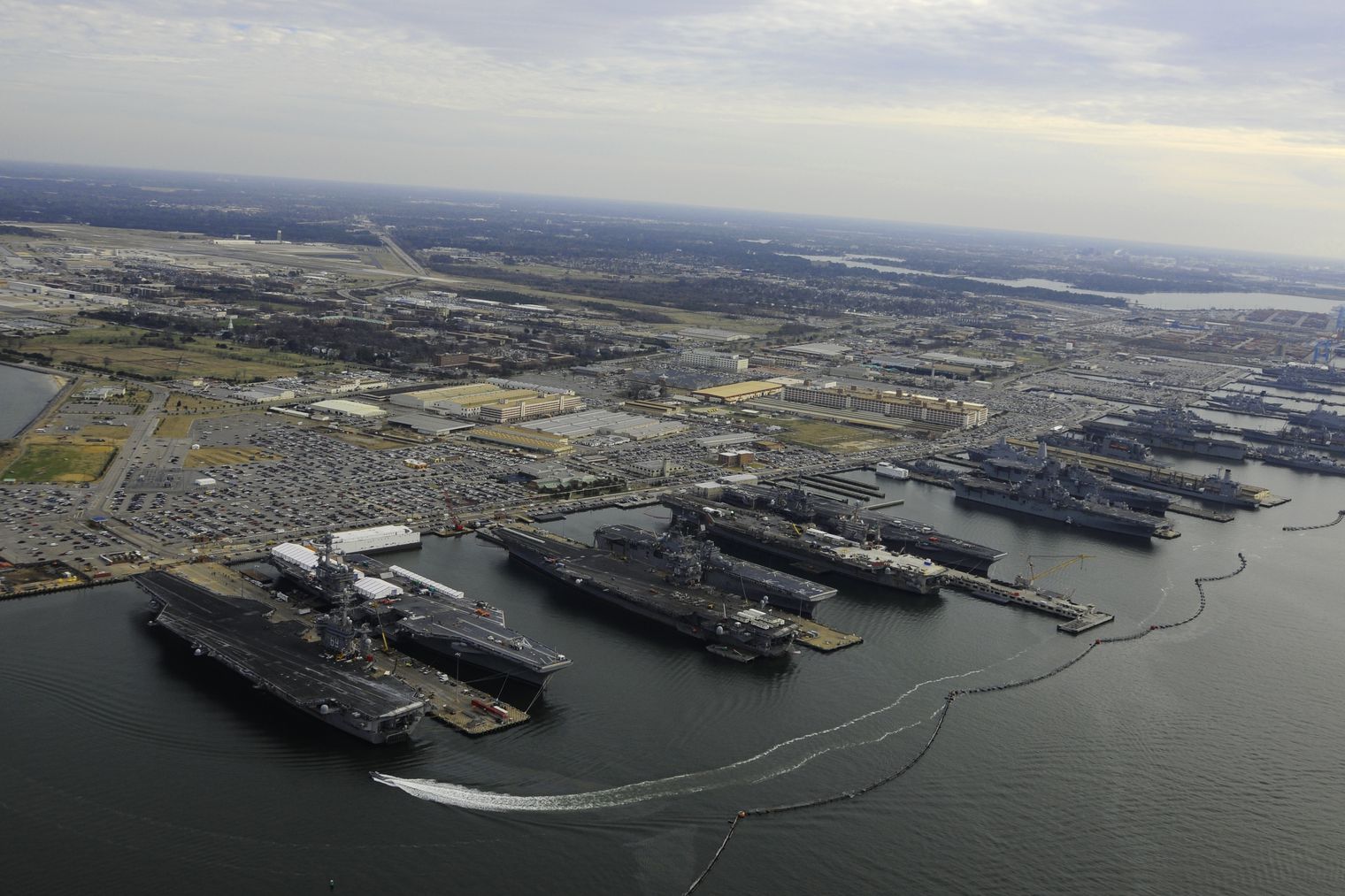 The Trump administration is backing away from calling climate change a national security threat, a move that contradicts nearly three decades of military planning.

Conspicuously absent from the National Security Strategy report released Monday is any mention of climate issues critical to national security, like how extreme weather drives conflict or how rising sea levels are a looming danger for coastal military facilities.

Compare this to President Obama’s 2015 National Security Strategy, which mentioned “climate change” 13 times across 35 pages and had “Confront Climate Change” listed as a security priority.

“Climate change is an urgent and growing threat to our national security, contributing to increased natural disasters, refugee flows, and conflicts over basic resources like food and water,” according to the Obama report.

The new report mentions “climate” four times but refers to climate change only once, to criticize how addressing it hurts fossil fuels. “Climate policies will continue to shape the global energy system. U.S. leadership is indispensable to countering an anti-growth energy agenda that is detrimental to U.S. economic and energy security interests,” according to the 2017 report.

The military has long considered climate change a “threat multiplier,” with assessments dating back to 1990. In 2014, the US Department of Defense published a climate change adaptation road map, oblivious to the political wrangling on the issue and writing that “[r]ising global temperatures, changing precipitation patterns, climbing sea levels, and more extreme weather events will intensify the challenges of global instability, hunger, poverty, and conflict.”

Higher oceans, for example, menace 128 military bases. A 2016 report from the Union of Concerned Scientists found that the largest naval installation in the world, Naval Station Norfolk, will face water levels that are between 4.5 feet and 7 feet higher in this century. 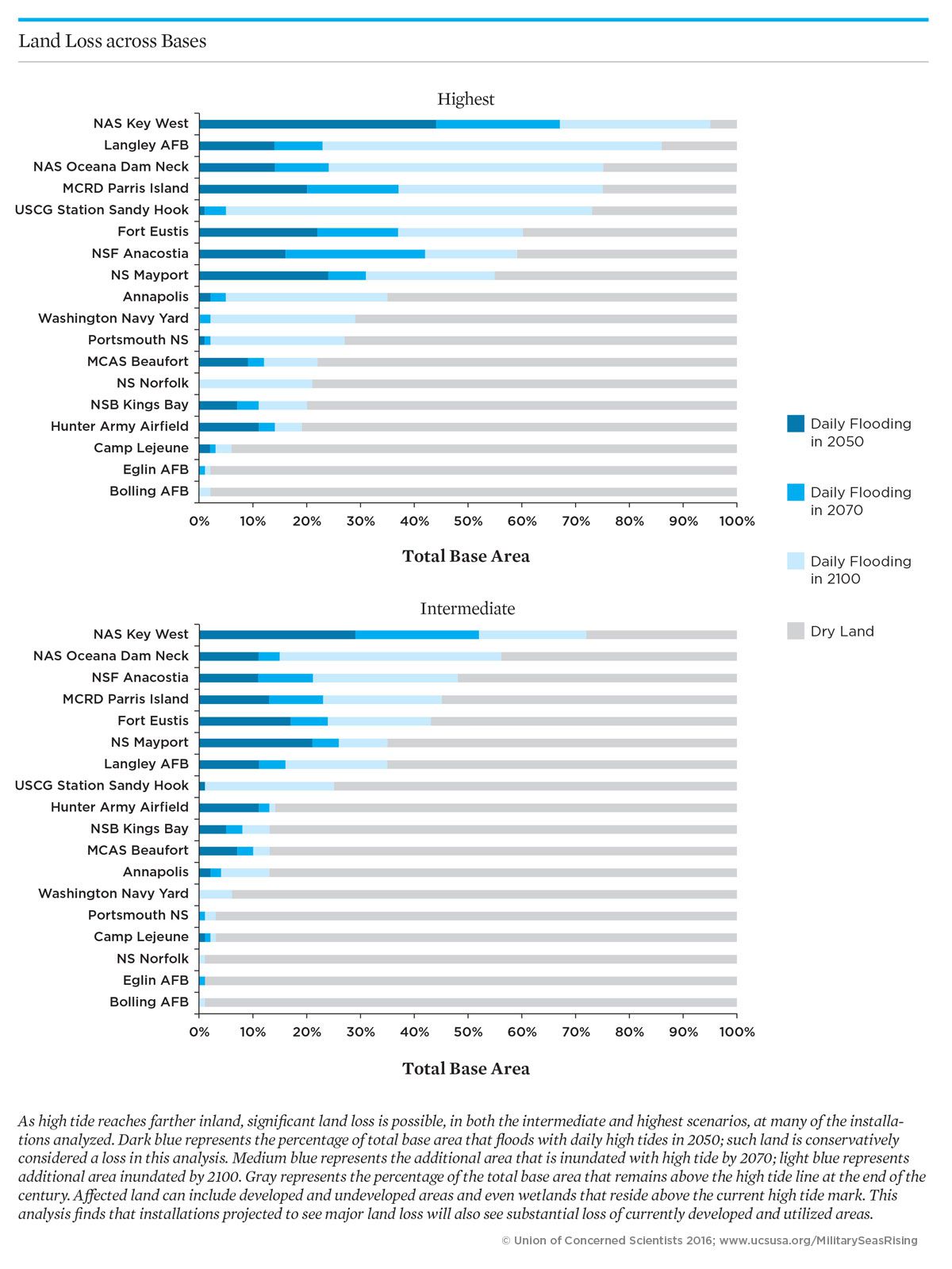 Loss of land at military bases due to rising sea levels. Union of Concerned Scientists

The new report also furthers the administration’s mission to promote and protect fossil fuel interests at every possible opportunity. It claims that future energy demand will continue to be met with fossil fuels, and that the United States will be an increasingly dominant provider of these resources. At the same time, the country will continue to cut greenhouse gas emissions via energy efficiency and technology improvements.

However, the new National Security Strategy doesn’t preclude the military from factoring climate change into its calculus. Already, facilities like Naval Station Norfolk are lifting piers above projected flood levels, while units like the Navy SEALs are working toward becoming net-zero energy users. Bases are also aggressively deploying renewable energy and cutting their electricity and water use with efficiency upgrades.

And the military will likely remain a driver of climate science, from operating satellite instruments to modeling humanity’s effects on the climate.