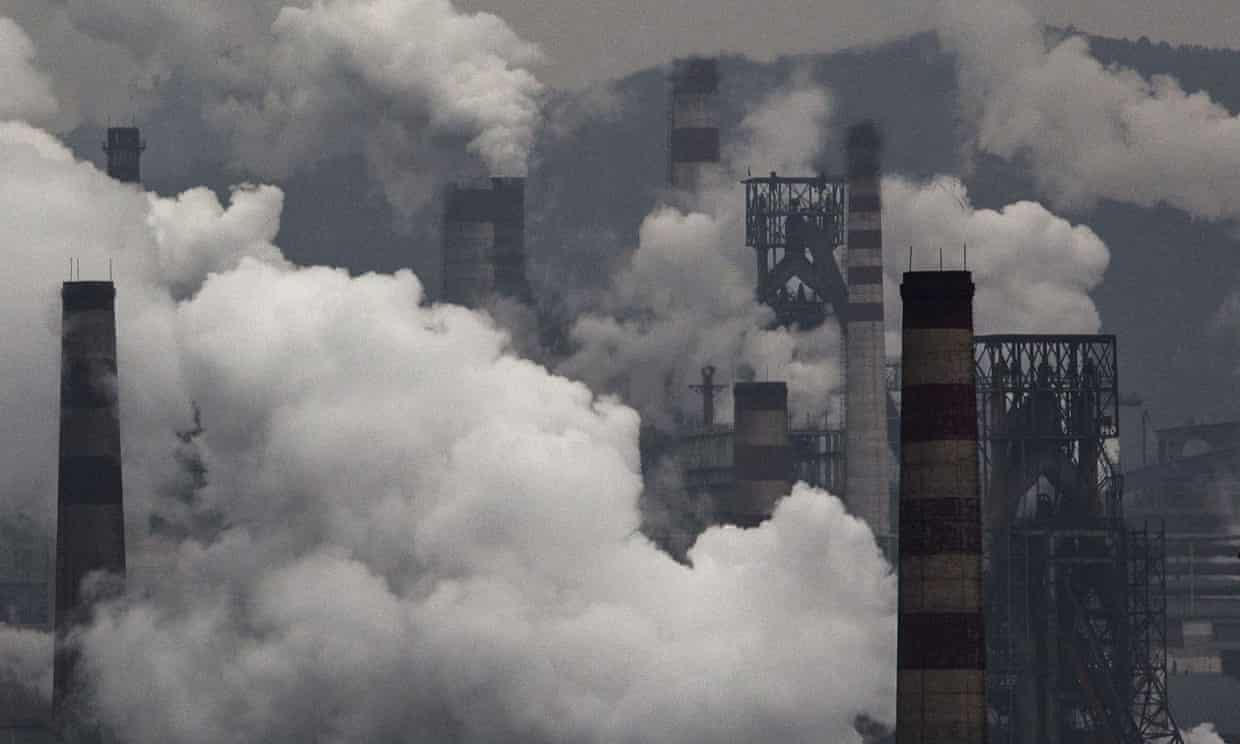 Since the industrial revolution, humans have been adding more carbon dioxide to the atmosphere than plants can take up, driving levels higher, as well as global temperatures. Photograph: Kevin Frayer/Getty Images

We are now living in a 400ppm world with levels unlikely to drop below the symbolic milestone in our lifetimes, say scientists. Climate Central reports...

In the centuries to come, history books will likely look back on September 2016 as a major milestone for the world’s climate. At a time when atmospheric carbon dioxide is usually at its minimum, the monthly value failed to drop below 400 parts per million (ppm).

That all but ensures that 2016 will be the year that carbon dioxide officially passed the symbolic 400 ppm mark, never to return below it in our lifetimes, according to scientists. 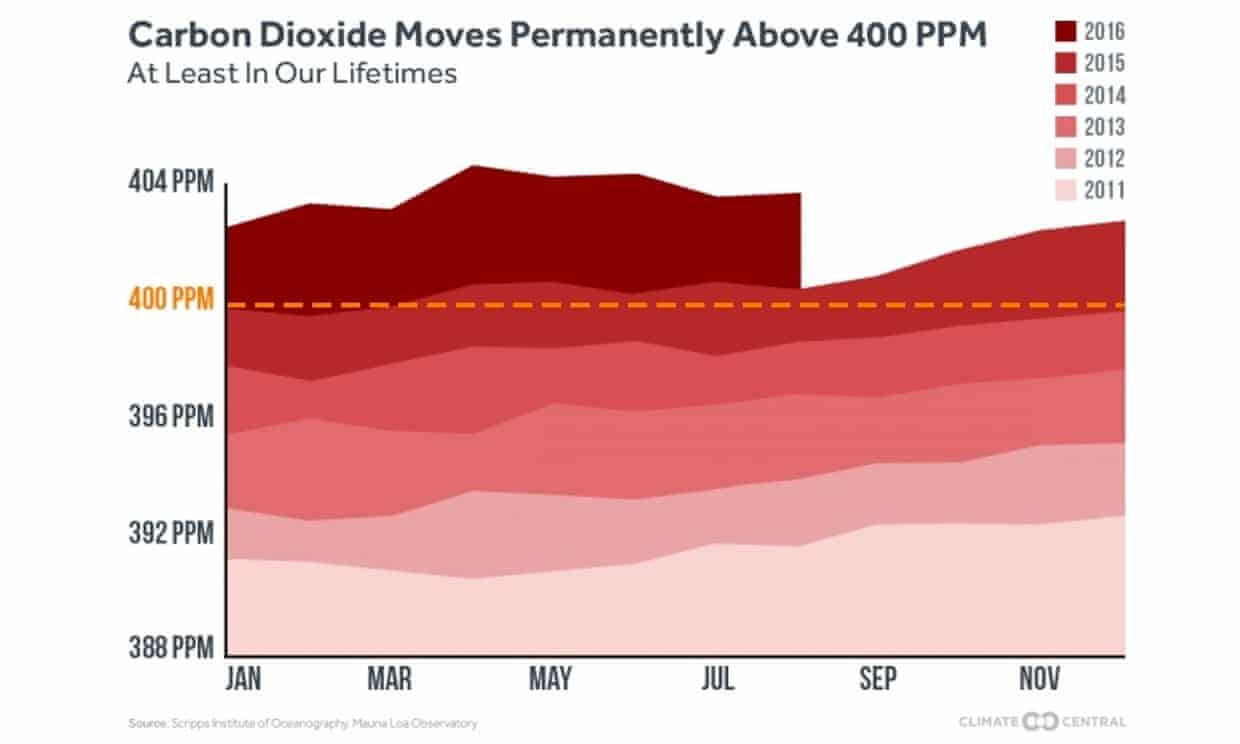 Because carbon pollution has been increasing since the start of the industrial revolution and has shown no signs of abating, it was more a question of “when” rather than “if” we would cross this threshold. The inevitability doesn’t make it any less significant, though.

September is usually the month when carbon dioxide is at its lowest after a summer of plants growing and sucking it up in the northern hemisphere. As fall wears on, those plants lose their leaves, which in turn decompose, releasing the stored carbon dioxide back into the atmosphere. At Mauna Loa Observatory, the world’s marquee site for monitoring carbon dioxide, there are signs that the process has begun but levels have remained above 400 ppm.

Since the industrial revolution, humans have been altering this process by adding more carbon dioxide to the atmosphere than plants can take up. That’s driven carbon dioxide levels higher and with it, global temperatures, along with a host of other climate change impacts. 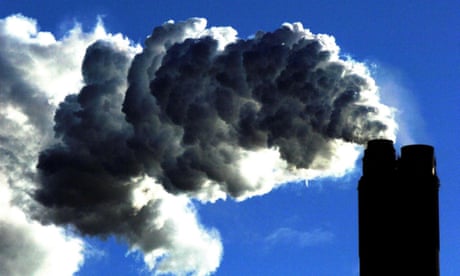 World's carbon dioxide concentration teetering on the point of no return...

“Is it possible that October 2016 will yield a lower monthly value than September and dip below 400 ppm? Almost impossible,” Ralph Keeling, the scientist who runs the Scripps Institute for Oceanography’s carbon dioxide monitoring program, wrote in a blog post. “Brief excursions toward lower values are still possible, but it already seems safe to conclude that we won’t be seeing a monthly value below 400 ppm this year – or ever again for the indefinite future.”

We may get a day or two reprieve in the next month, similar to August when Tropical Storm Madeline blew by Hawaii and knocked carbon dioxide below 400 ppm for a day. But otherwise, we’re living in a 400 ppm world. Even if the world stopped emitting carbon dioxide tomorrow, what has already put in the atmosphere will linger for many decades to come.

An animation showing how carbon dioxide moves around the planet. Click here to see high-resolution version

“At best (in that scenario), one might expect a balance in the near term and so CO2 levels probably wouldn’t change much – but would start to fall off in a decade or so,” Gavin Schmidt, Nasa’s chief climate scientist, said in an email. “In my opinion, we won’t ever see a month below 400 ppm.”

The carbon dioxide we’ve already committed to the atmosphere has warmed the world about 1.8F since the start of the industrial revolution. This year, in addition to marking the start of our new 400 ppm world, is also set to be thehottest year on record. The planet has edged right up against the 1.5C (2.7F) warming threshold, a key metric in last year’s Paris climate agreement.

Even though there are some hopeful signs that world leaders will take actions to reduce emissions, those actions will have to happen on an accelerating timetable in order to avoid 2C of warming. That’s the level outlined by policymakers as a safe threshold for climate change. And even if the world limits warming to that benchmark, it will still likely spell doom for low-lying small island states and have serious repercussions around the world, from more extreme heat waves to droughts, coastal flooding and the extinction of many coral reefs.

It’s against this backdrop that the measurements on top of Mauna Loa take on added importance. They’re a reminder that with each passing day, we’re moving further from the climate humans have known and thrived in and closer to a more unstable future.