THERE’S ANOTHER STORY TO TELL ABOUT CLIMATE CHANGE. AND IT STARTS WITH WATER... 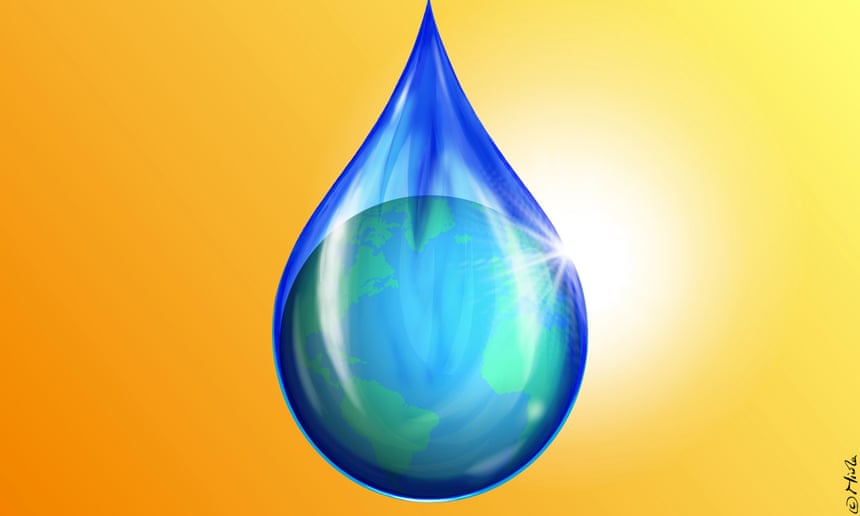 In this time of reckless US action, it’s crucial to shift the narrative beyond despair over fossil fuels and look at water as a primary tool of climate control...

t’s easy for all concerned about air, water and nature to descend into despair as we watch brazen rollbacks of environmental legislation in the US. Just last week, developments included an executive order to rewrite US carbon emissions rules, jeopardising the country’s ability to uphold its Paris climate talk commitment; the end of a moratorium on new coal leases; and the green-lighting of a pesticide claimed to cause harm to children. But as apathy is not an option, let’s try to think beyond the usual strategies. For one, we can recognise that the way we talk about our environmental challenges has interfered with our ability to truly grapple with them: that we limit ourselves by creating too simple a story. Specifically, the story we tell about climate.

Now I’m not speaking of climate-change denial. For at this juncture, with wild temperature swings and record-breaking weather becoming the norm, outright denial amounts to a kind of temper tantrum, a primitive railing against the inconvenience and indignity of elemental change. Rather, I mean the way that we understand climate change, the story we tell ourselves.

In a popular TED talk, Nigerian-born author Chimamanda Ngozi Adichie introduced the concept of the “single story”: the tendency to uncritically embrace received wisdom. While she referenced social and ethnic narratives, the “single story”, and its inherent risks of limiting perspective, applies to other beliefs as well. By shifting to a more complex, multifaceted story we can envision solutions that better reflect the realities of climate and how the natural world processes heat.

Our characterisation of climate change – the “single story” – is this: “Climate change is global warming caused by too much CO2 in the atmosphere due to the burning of fossil fuels. We stop climate change by making the transition to renewable energy.” This is certainly a key aspect of the story, and we absolutely need to shift away from fossil fuels … like, 20 years ago. But there are several problems with this narrative. One is the uncomfortable fact that even if, by some miracle, we could immediately cut emissions to zero, due to inertia in the system it would take more than a century for CO2 levels to drop to 350 parts per million, which is considered the safe threshold. Plus, here’s what we don’t talk about when we talk about climate: we can all go solar and drive electric cars and still have the problems – the unprecedented heat waves, the wacky weather – that we now associate with CO2-driven climate change.

Climate is not a function of one sole metric; it is not a single story. And this is where we find opportunities.

When faced with an environmental predicament, it can be useful to inquire as to how nature has approached similar scenarios. For instance, in the case of wildfire, one can ask what processes used to keep that landscape hydrated and therefore resilient to fire. We learn that in the American west, beavers created wetlands and acted as “shock absorbers” that minimised fire risks. And when we ask what maintains our climate, the answer is water. 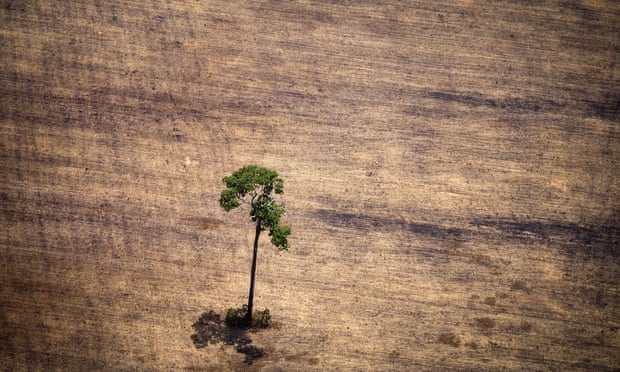 A deforested area in the middle of the Amazon jungle. ‘According to Czech botanist Jan Pokorný, on a sunny day a good-sized tree may transpire more than 100 litres of water – a process that represents three times the cooling power of an airconditioning system in a five-star hotel room.’ Photograph: Raphael Alves/AFP/Getty Images

Were it not for the blanket of water vapour that buffers the Earth, our planet would be too cold to inhabit. The phase changes of water – from solid to liquid to gas, and back – represent an extraordinary transfer of heat. According to Australian microbiologist Walter Jehne, water-based processes in the atmosphere and the oceans, over land and across ice, govern some 95% of Earth’s natural heat dynamics. It is the sheer immensity of water’s role in climate that led scientists to conclude that humans could not have interfered with it. And yet, once we understand how water works – and how water intersects with factors we can influence, such as land use and plant cover – we can help to restore the processes that sustain the heat and energy balance, and therefore sustain our climate.

Water doesn’t move and transfigure on its own: much of its movement is determined by biology, particularly by plants. Consider transpiration, in which plants draw up water and release it as vapour. This is a cooling mechanism, as it consumes and dissipates heat from the sun. According to Czech botanist Jan Pokorný, on a sunny day a good-sized tree may transpire more than 100 litres (21 gallons) of water – a process that represents three times the cooling power of an airconditioning system in a five-star hotel room. Brazilian scientist Antonio Donato Nobre says that collectively, the trees of the Amazon rainforest create a “vertical river” even greater than the Amazon river itself. This is moisture in motion, embodying and conveying heat.

The “single story” has been that climate change will affect the availability of water. The more complex – and complete – story is that water can also have an effect on climate. And that this is activated by plants. Peter Andrews, a farmer and author in Australia, made a statement that has stuck with me: “Plants manage water. And in managing water, they manage heat.” Worth noting: we have de-vegetated a quarter of the planet – including destroying most of our natural forests.

When we talk about “energy”, certainly in terms of policy, we usually mean what fuels our cars and heats our homes. Let’s look at energy in a very basic sense, as in what happens when sunlight meets the ground. Say you have pavement, or land marked by degraded, exposed soil – the condition of much of the world’s surface. When the sun beams down on that bare soil, solar energy is absorbed; it becomes sensible heat, or heat you can feel. Now amble over to a nice meadow, or well-managed rangeland with a thick carpet of grasses. Here solar energy touches down on plants that are transpiring. The solar heat is dispersed and becomes latent heat, embodied in water vapour, to be condensed and released as rain.

There is nothing magic about any of this: throughout human history – the climatically benign period known as the Holocene – climate moderation has derived from functioning ecosystems. The important thing to realise is that we can restore ecosystems, these environments that have nurtured and sustained us, and bring heat and water dynamics back into balance. Because natural processes are so entwined, every step toward regeneration brings multiple co-benefits: more plants mean more photosynthesis, which means more carbon pulled from the atmosphere into the soil, where it adds fertility; every 1% increase in soil organic carbon represents an additional 250,000 litres per hectare that can be held on the land; the more water held on the land, the greater resilience to floods and drought.

Is it socially acceptable to challenge climate denial?

Here’s another climate subplot worth mulling over: Walter Jehne points out that based on data from the Intergovernmental Panel on Climate Change, every square metre of Earth’s surface receives an average of 342 watts of solar energy a day. Because of how humans have altered the environment, we now radiate back about 339 watts per square metre – a difference of less than 1%. If we managed our ecology better, how might we make up that three-watt differential? How about if we had a lot more plant cover and a lot less bare ground?

One challenge to reckoning with climate change is that despite all the weather anomalies we’ve been seeing, it’s difficult to confidently link climate change to any one event. This perpetuates the notion that climate change is an abstraction to be pushed off into the future, and leads to cognitive dissonance in that it seems impossible to “prove” what we know to be so. Let me now introduce an alternate definition of climate change: “manifestations of distorted carbon, water and energy cycles”. That doesn’t negate the single story of fossil fuel-borne carbon but broadens it in a way that creates opportunities beyond fighting fossil fuel interests. At this moment of reckless distraction and denial, it is crucial to find meaningful paths forward.