THIS CNN METEOROLOGIST WAS A CLIMATE CHANGE SKEPTIC, BUT NOW HE'S A BELIEVER... 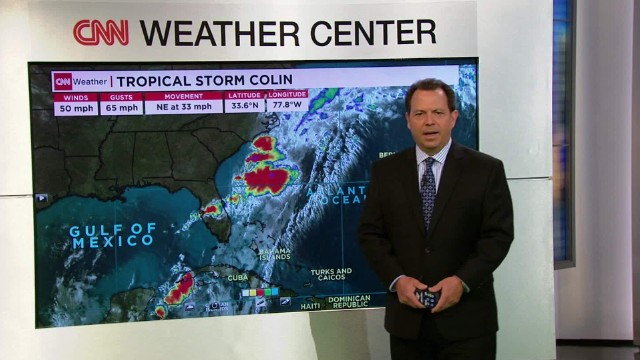 "It's OK to be wrong as long as you learn from your mistakes..."

A CNN meteorologist is speaking out about how he went from questioning climate change to siding with the 97 percent of scientists who acknowledge human activities are warming the planet beyond repair.

“As I tell my 11-year-old, ‘It’s OK to be wrong as long as you learn from your mistakes,’” meteorologist Chad Myers wrote on CNN this week.

The article is likely a response to Bill Nye, who called out CNN during an on-air interview with the network Tuesday for having a “climate change denier meteorologist” on staff. Many assumed the jab was aimed at Myers, who has a history of questioning humans’ role in climate change:

Myers ― who also tweeted about his change of tune following Nye’s comments ― wants to set the record straight.

“I write this article not to change your mind about global warming,” he wrote. “I simply want to show you why I changed mine.”

In the 1980s and ‘90s, Myers explained, the scientific community wasn’t entirely on board with the idea that fossil-fuel consumption was any more responsible for rising temperatures than were volcanoes, solar fluctuations, city heat-islands, concrete production or cattle. Even as late as 2009, Myers wrote, only 24 percent of on-air meteorologists agreed that most of the warming since 1950 had very likely been caused by humans.

“I wasn’t denying human-caused climate change, but I remained skeptical,” he wrote, citing science’s call to “never exclude any possibility until ultimately that possibility is proven false.”

But when 2010 was named the hottest year ever recorded ― a record that’s since been broken by 2014 and 2015 ― and there were no volcanoes spewing massive amounts of carbon dioxide into the atmosphere, no increased temperature of the sun and no evidence of the heat-island effect, Myers was convinced.

“I was no longer a skeptic,” he wrote. “Humans were polluting the atmosphere to a point of no return. I had finally excluded all other possibilities.”

“Had I flip-flopped?” he went on. “Well, that is what it would be called in politics. But in science, it is just an evolution of understanding.”