THIS IS HOW SERIOUS INDIA'S DROUGHT HAS GOTTEN... 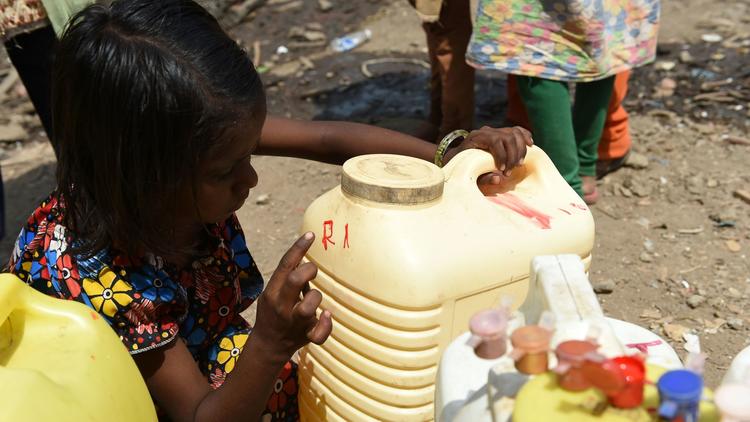 A child points to initials on a container on April 28 as she and other villagers line up to collect potable water at a makeshift camp in Mumbai.(Indranil Mukherjee / AFP/Getty Images)

As many as one-quarter of the country -- 330 million people -- could be affected by the shortages, the government has said...

Prakash Rathod's family is living in a makeshift shed of sticks barely 4 feet high, with torn clothes serving as a canopy. They hail from a village more than 300 miles west of Mumbai, in a farming region where some 350 farmers have committed suicide this year due to the impact of one of the worst droughts in years.

“There is no water back home. What are we farmers going to do?” Rathod said. “Nobody wants to migrate out of their homes and sleep under the open sky in a city.”

The persistent drought and searing temperatures in India have caused crop failures, water shortages and excessive debt, prompting hundreds of families to flee small farms and take shelter in a dirt-spattered camp in the suburbs of the country’s financial capital.

As many as one-quarter of the country -- 330 million people -- could be affected by the shortages, the government has said. A weeks-long summer heat wave has left an estimated 370 dead ahead of the annual monsoon rains that usually bring some respite from the dry conditions. 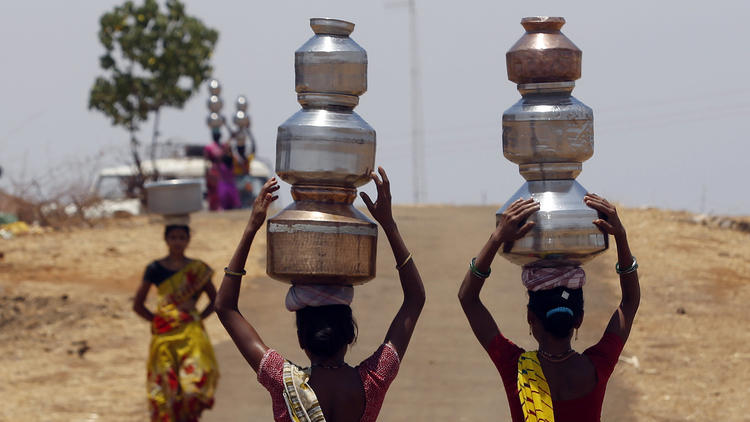 After two or three successive drought seasons, water taps have run dry in many farming areas, causing panic and forcing officials to deploy security forces to guard some reservoirs. The hardship this year extends to urban areas, where in Mumbai’s wealthier neighborhoods, residents and businesses are grappling with hours-long water cuts.

Even India’s most lucrative sporting venture, the Indian Premier League cricket season, was affected when a court ordered the league to shift all matches out of hard-hit Maharashtra state, which includes Mumbai, to avoid the unsightly appearance of scarce water being used to maintain playing fields.

The Indian government has forecast better than average monsoon rainfall this year, due in part to the La Niña climate effect. But the last two monsoons have disappointed, and experts warn that years of drought have hampered the soil’s ability to absorb the heavy rains and recharge depleted groundwater levels. 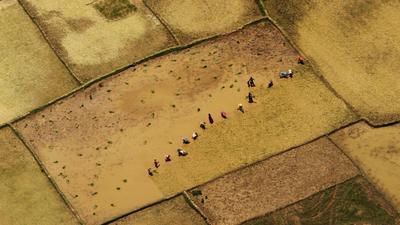 The worries are palpable in Ghatkopar, a Mumbai suburb where scores of families from rural areas have come to take shelter in a camp set up by a local politician. The migration is an annual event, with many farmers coming to escape harsh conditions on the farms to seek seasonal work in the city.

But the influx this year has surpassed those of past years. Experts say that more than 100,000 people have fled the drought-hit farming region of Marathwada, where Rathod hails from, but Mumbai officials say they have no count of how many have ended up in the city.

Critics have slammed civic authorities for failing to plan for the influx and ignoring court orders to develop more temporary housing.

"For a city built by migrants, Mumbai’s administrators have made no space for them," journalist Smruti Koppikar wrote in the Hindustan Times.

Rathod said he had never made the annual trek to Mumbai before because he usually found seasonal work in a sugarcane factory near his home in western Maharashtra. But the factory, along with many others, is closed this season due to a lack of water.

“During last year’s drought, we had at least some stock of food at our disposal,” he said. “This year, the kitchen is totally barren.”

He lost more than $1,500 when his crops failed due to the drought last year. Many farmers tell similar stories in a region where most rely entirely on rainwater to irrigate their crops. 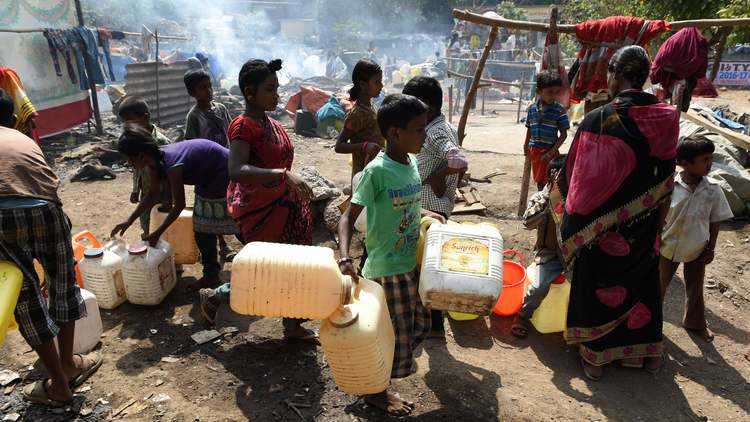 Indian villagers stand in a line for potable water at a makeshift camp in Mumbai on April 28.(Indranil Mukherjee / AFP/Getty Images)

Still in debt, Rathod leaves his shanty every morning to look for odd jobs, usually cleaning sewers or collecting debris at construction sites. On a recent day, he came home empty-handed.

City officials have initiated a plan to hire some migrants to clear public drains, and some political leaders have provided the camps with blankets, food, water and other supplies. But the lack of concrete measures, despite years of suffering in drought-hit areas, have raised pressure on Prime Minister Narendra Modi’s government.

Last week, more than 150 academics and activists signed a letter urging Modi to implement relief measures, including a 3-year-old plan to provide subsidized food grains that has not been fully enacted. Modi’s conservative government has also slashed a rural employment guarantee program meant to act as a financial cushion for agrarian families.

“The enormous distress -- of food, drinking water, work, fodder for animals and dignity – of hundred of millions is utterly unacceptable,” the letter said.

In the cities, slum dwellers have been badly affected because they cannot afford to buy water from private tankers. Mumbai municipal water rules grant preference to residential buildings over slums and informal housing, which activists say smacks of discrimination.

At the National Burns Center in the Mumbai suburb of Airoli, which requires more than 10,000 gallons a day, water cuts have forced the hospital to purchase tanker water at a cost of $1,500 per month. Because that water isn’t always potable, the hospital has also been purchasing bottled drinking water, said Sunil Keswani, head of the hospital.

“We are going out of the way to treat our patients,” he said. “We do not know how we are going make up for all the extra amount we have been spending on water. We cannot hike up our costs as we cater to poor patients. We would have to solicit more donations.”

Parth M.N. is a special correspondent.