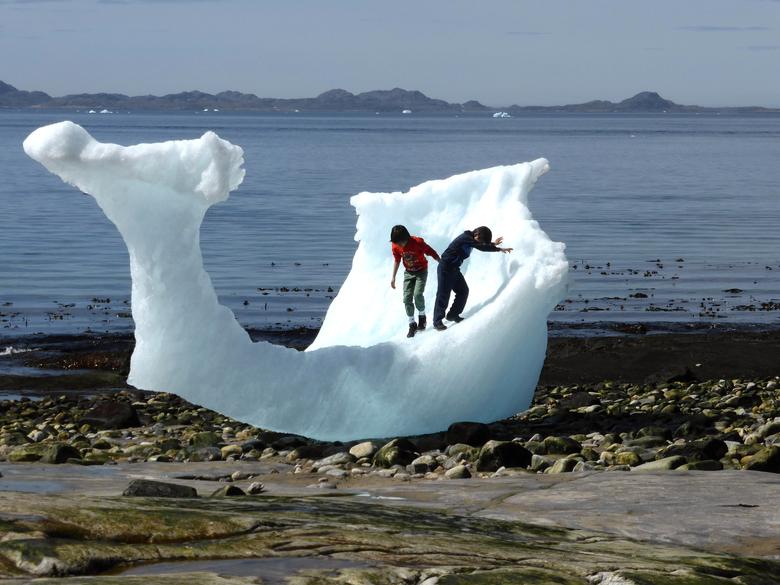 Children play amid icebergs on the beach in Nuuk, Greenland, June 5, 2016. REUTERS/Alister Doyle

The employees were notified by EPA officials on Tuesday that the administration had instructed EPA's communications team to remove the website's climate change page, which contains links to scientific global warming research, as well as detailed data on emissions. The page could go down as early as Wednesday, the sources said.

"If the website goes dark, years of work we have done on climate change will disappear," one of the EPA staffers told Reuters, who added some employees were scrambling to save some of the information housed on the website, or convince the Trump administration to preserve parts of it.

The sources asked not to be named because they were not authorized to speak to the media.

A Trump administration official did not immediately respond to a request for comment.

The order comes as Trump's administration has moved to curb the flow of information from several government agencies who oversee environmental issues since last week, in actions that appeared designed to tighten control and discourage dissenting views.

The moves have reinforced concerns that Trump, a climate change doubter, could seek to sideline scientific research showing that carbon dioxide emissions from burning fossil fuels contributes to global warming, as well as the career staffers at the agencies that conduct much of this research.

Myron Ebell, who helped guide the EPA's transition after Trump was elected in November until he was sworn in last week, said the move was not surprising.

"My guess is the web pages will be taken down, but the links and information will be available," he said.

The page includes links to the EPA's inventory of greenhouse gas emissions, which contains emissions data from individual industrial facilities as well as the multiagency Climate Change Indicators report, which describes trends related to the causes and effects of climate change.

The Trump administration's recently appointed team to guide the post-Obama transition has drawn heavily from the energy industry lobby and pro-drilling think tanks, according to a list of the newly introduced 10-member team.

Trump appointed Oklahoma Attorney General Scott Pruitt, a longtime foe of the EPA who has led 14 lawsuits against it, as the agency's administrator. The Senate environment committee held a tense seven-hour confirmation hearing for Pruitt last week. No vote on his nomination has been scheduled yet.