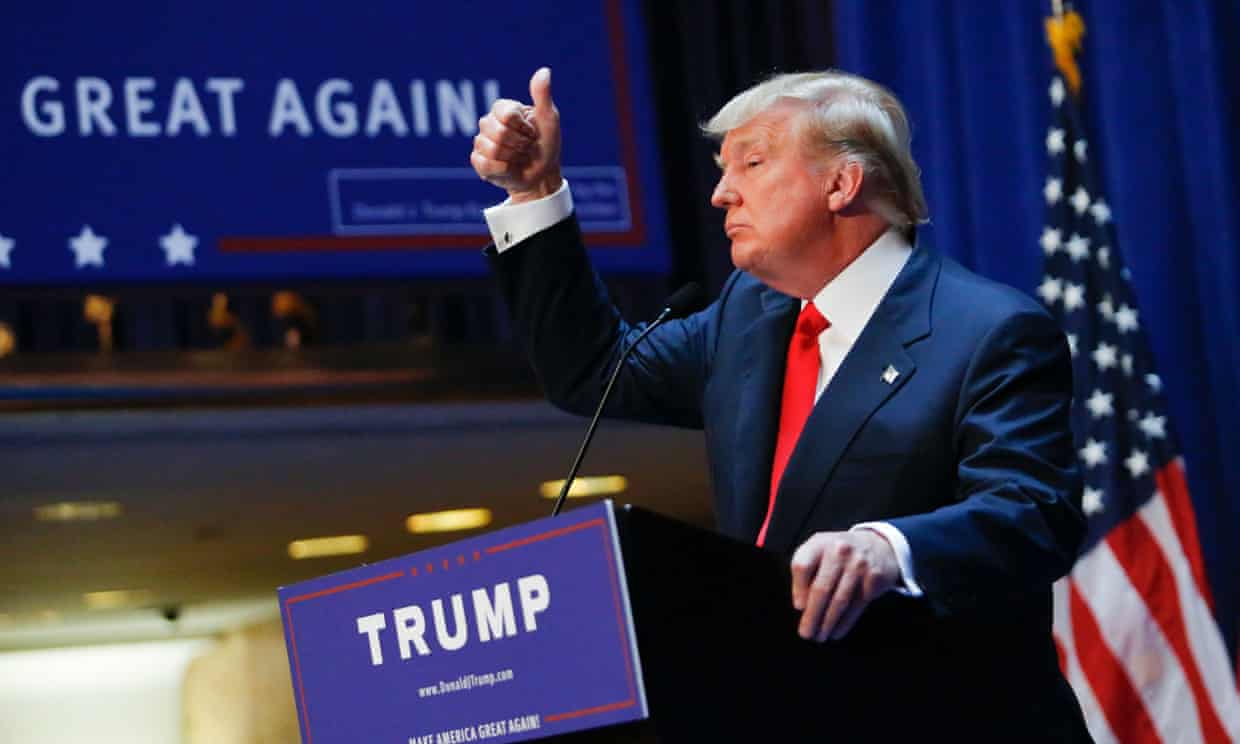 With solar capacity up 577% since 2011 and wind energy surging, Trump’s pledges to abolish clean energy measures could have ‘major consequences’...

A huge shift to clean energy is under way in the US but the election of Donald Trump as president means progress could be reversed unless cities and states do more, energy experts have warned. 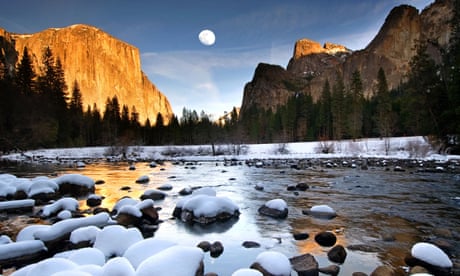 Trump administration could roll back US environmental protection, critics fear...

Installed wind capacity has grown by more than 40% in the US since 2011, according to the Georgetown Climate Center, with solar capacity ballooning by 577%.

The US Energy Information Agency has said new coal-fired power plants are “not economically competitive with renewables and other generation sources”, with existing facilities soon to come under pressure from clean energy.

Trump’s victory, however, threatens this trend, with the president-elect promising to abolish the Clean Power Plan, cancel all federal money for clean energy development and “unleash an energy revolution” by opening large areas to coal, oil and gas interests.

“Elections matter and who Donald Trump appoints to key positions at the Environmental Protection Agency and Department of Energy, as well as the future of incentive programs, will have major consequences,” said Vicki Arroyo, executive director of the Georgetown Climate Center.

“When George W Bush took the White House we saw California and mid-Atlantic and New England states step up and create cap-and-trade systems and reduce emissions.

“It’s important to have federal policy but we may well be back into the cycle of states and cities, who see the consequences of climate change every day, stepping up to take leadership.” 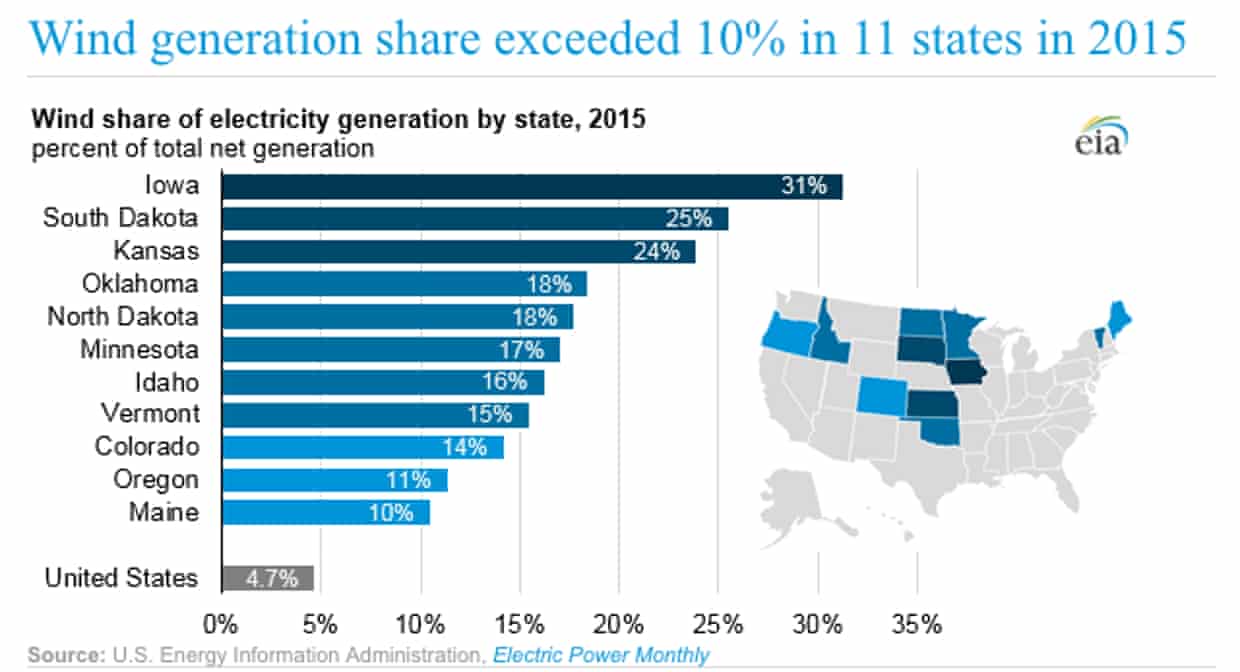 In 2015, 11 states generated at least 10% of their total electricity from wind. Photograph: US Energy Information Administration, Electric Power Monthly

Analysis of 19 states by the Georgetown Climate Center found there was a “dramatic shift” to clean energy under way, driven by concerns over climate change or simple economics.

While California has imposed a cap-and-trade system for greenhouse gases along with steep emissions-reduction targets, more conservative states are also embracing a shift to renewable energy.

Tennessee has slashed its emissions from electricity by 34% since 2005 and has spent millions of dollars expanding clean energy and battery storage to state buildings and low-income households.

Louisiana, a hub for the petrochemical industry, has cut its emissions and provided tax breaks for renewable energy projects. Iowa, South Dakota and Kansas are the three largest generators of wind energy in the union.

Renewable energy has been spurred by federal tax incentives for wind and solar as well as the plummeting cost of turbines and solar panels. Global market forces, which have hurt the coal and oil industries, have also opened the way for natural gas and, to a lesser degree, renewables. 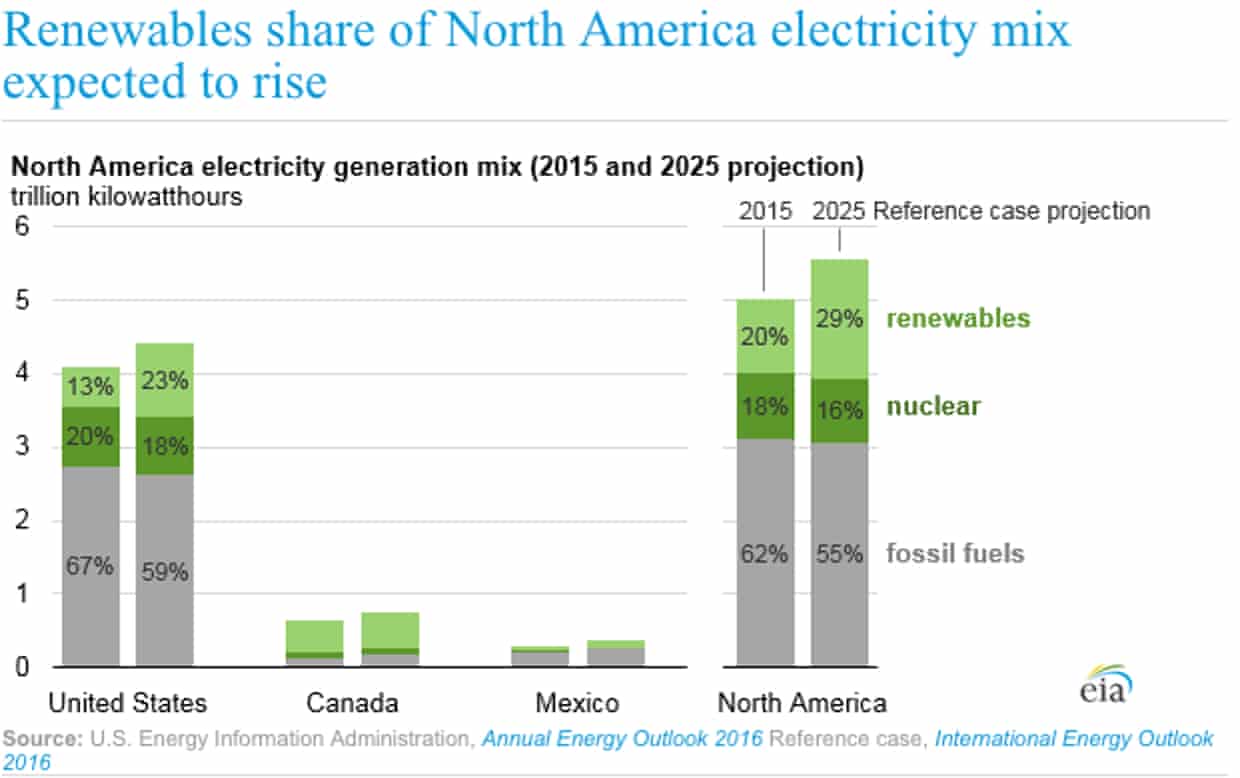 Despite these trends, Trump has called for “American energy independence” and the elimination of clean energy programs that have no “measurable effect on the Earth’s climate”. 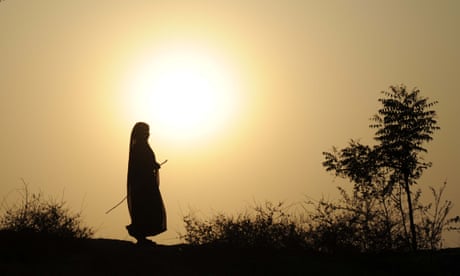 'It was too hot, even to leave home': stories from the world's hottest year...

The next president has questioned the reality of human-caused global warming and is considering a number of fossil fuel executives and climate change deniers for key administration posts.

The US is already on track to miss its emission-reduction targets. However, renewable energy advocates believe the sector has momentum that may not be completely reversed.

“There are red states and blue states prioritizing renewables, sometimes for climate change and sometimes around job creation,” said Arroyo.

“Federal policy has catalyzed action and market stability is important. It’s easier to tear things down than build policy but many people are wondering how those coal jobs will return given the market changes already under way.”