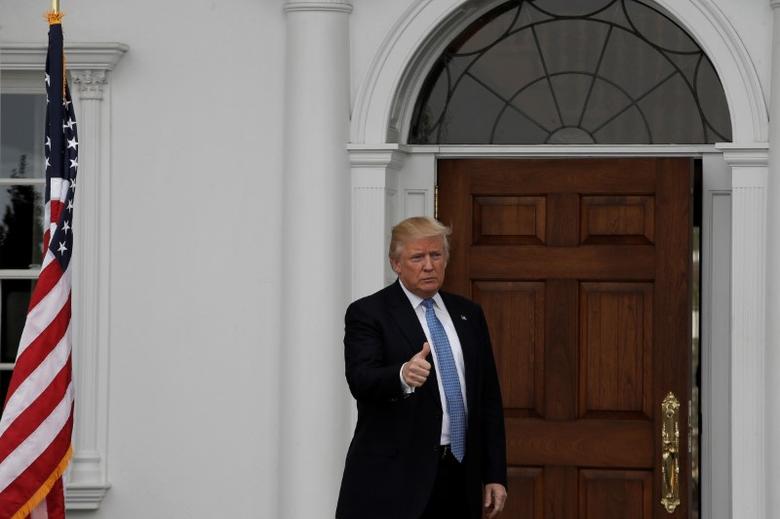 The Obama administration signed its final plan for renewable fuel use in the United States last week, leaving an oil industry reeling from the most aggressive biofuel targets yet as President-elect Donald Trump takes over...

The Renewable Fuel Standard (RFS) program, signed into law by President George W. Bush, is one of the country's most controversial energy policies. It requires energy firms to blend ethanol and biodiesel into gasoline and diesel.

The policy was designed to cut greenhouse gas emissions, reduce U.S. reliance on oil imports and boost rural economies that provide the crops for biofuels.

It has pitted two of Trump's support bases against each other: Big Oil and Big Corn. The farming sector has lobbied hard for the maximum biofuel volumes laid out in the law to be blended into gasoline motor fuels, while the oil industry argues that the program creates additional costs.

Balancing oil and farm interests is likely to prove a challenge for Trump, who has promised to curtail regulations on the oil industry but is already being reminded by biofuels advocates of the importance of the program to the American Midwest, where he received strong support from voters on Nov. 8.

Oil groups are renewing their calls to change or repeal the program following Wednesday's announcement, when the Environmental Protection Agency (EPA) set record mandates for renewable fuels - for the first time hitting levels targeted by Congress nearly a decade ago..

The EPA plan is "completely detached from market realities and confirms once again that Congress must take immediate action to remedy this broken program," said Chet Thompson, President of the American Fuel and Petrochemical Manufacturers, in a statement.

It is unclear what Trump's plans for the program will be and his transition team did not respond to Reuters' requests for comment.

Both camps are expecting an administration receptive to their demands, though both have expressed concern and uncertainty over Trump's plans for the program, according to experts, industry and political sources.

The installation of climate change skeptic Myron Ebell as head of the transition at the EPA bolstered oil industry confidence Trump will swing their way. In September, Trump appeared to briefly echo the views of his supporter, billionaire Carl Icahn, who expressed concern about the program.

Icahn, who owns a stake in an oil refiner, renewed those criticisms last week, saying the ethanol credit market generated by the program is susceptible to manipulation and harming independent refiners.

The president-elect campaigned on a pro-ethanol platform when he visited America's farm states and biofuels advocates expect he will keep the RFS strong, maintaining annual targets at the minimum set forth by Congress.

"Mr. Trump will not turn his back on the American heartland, we believe in him," said Annette Sweeney, a former state representative from Iowa who was a member of the Trump's agricultural advisory committee during his candidacy.

"We’ll be able to demonstrate the marketplace can absorb 15 billion gallons of ethanol. We can put this all behind us. As we look to 2018... there's no reason to go back," he said.

The renewables industries have already started to emphasize their place among American-made fuels, something experts expect will appeal to Trump.

"There are a lot of good things to be said about second-generation fuels, even from the new administration’s perspective," said Harvard University professor and former Obama administration advisor James Stock.

"All the new administration needs to do is embrace the original ... vision of the RFS," he said.