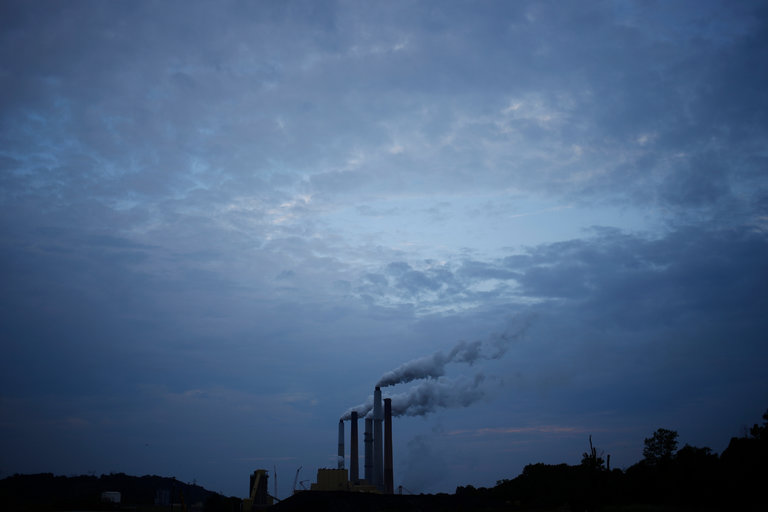 A coal-fired power plant in Ghent, Ky. President Trump is expected to order a withdrawal and rewriting of Obama-era regulations intended to shut down hundreds of heavily polluting coal-fired plants. Credit Luke Sharrett for The New York Times

The moves are intended to send an unmistakable signal to the nation and the world that Mr. Trump intends to follow through on his campaign vows to rip apart every element of what the president has called Mr. Obama’s “stupid” policies to address climate change. The timing and exact form of the announcement remain unsettled, however.

The executive actions will follow the White House’s release last week of a proposed budget that would eliminate climate change research and prevention programs across the federal government and slash the Environmental Protection Agency’s budget by 31 percent, more than any other agency. Mr. Trump also announced last week that he had ordered Scott Pruitt, the E.P.A. administrator, to revise the agency’s stringent standards on planet-warming tailpipe pollution from vehicles, another of Mr. Obama’s key climate change policies.

While the White House is not expected to explicitly say the United States is withdrawing from the 2015 Paris Agreement on climate change, and people familiar with the White House deliberations say Mr. Trump has not decided whether to do so, the policy reversals would make it virtually impossible to meet the emissions reduction goals set by the Obama administration under the international agreement.

In an announcement that could come as soon as Thursday or as late as next month, according to people familiar with the White House’s planning, Mr. Trump will order Mr. Pruitt to withdraw and rewrite a set of Obama-era regulations known as the Clean Power Plan, according to a draft document obtained by The New York Times. The Obama rule was devised to shut down hundreds of heavily polluting coal-fired power plants and freeze construction of new coal plants, while replacing them with vast wind and solar farms.

The draft also lays out options for legally blocking or weakening about a half-dozen additional Obama-era executive orders and policies on climate change.

At a campaign-style rally on Monday in the coal-mining state of Kentucky, Mr. Trump told a cheering audience that he is preparing an executive action that would “save our wonderful coal miners from continuing to be put out of work.” 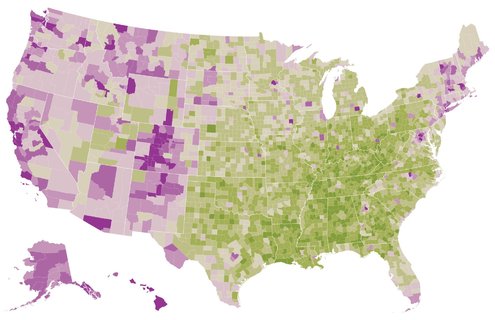 Experts in environmental law say it will not be possible for Mr. Trump to quickly or simply roll back the most substantive elements of Mr. Obama’s climate change regulations, noting that the process presents a steep legal challenge that could take many years and is likely to end up before the Supreme Court. Economists are skeptical that a rollback of the rules would restore lost coal jobs because the demand for coal has been steadily shrinking for years.

Scientists and climate policy advocates around the world say they are watching the administration’s global warming actions and statements with deep worry. Many reacted with deep concern to Mr. Pruitt’s remarks this month that he did not believe carbon dioxide was a primary driver of climate change, a statement at odds with the global scientific consensus. They also noted the remarks last week by Mick Mulvaney, the director of the White House Office of Management and Budget, in justifying Mr. Trump’s proposed cuts to climate change research programs.

“As to climate change, I think the president was fairly straightforward: We’re not spending money on that anymore,” Mr. Mulvaney said at a White House briefing.

“The message they are sending to the rest of the world is that they don’t believe climate change is serious. It’s shocking to see such a degree of ignorance from the United States,” said Mario J. Molina, a Nobel Prize-winning scientist from Mexico who advises nations on climate change policy.

The policy reversals also signal that Mr. Trump has no intention of following through on Mr. Obama’s formal pledges under the Paris accord, under which nearly every country in the world submitted plans detailing actions to limit global warming over the coming decade.

Under the accord as it stands, the United States has pledged to reduce its greenhouse pollution about 26 percent from 2005 levels by 2025. That can be achieved only if the United States not only implements the Clean Power Plan and tailpipe-pollution rules, but also tightens them or adds more policies in future years.

“The message clearly is, ‘We won’t do what the United States has promised to do,’” Mr. Molina said.

In addition to directing Mr. Pruitt to withdraw the Clean Power Plan, the draft order instructs Attorney General Jeff Sessions to request that a federal court halt consideration of a 28-state lawsuit against the regulation. The case was argued before the United States Court of Appeals for the District of Columbia Circuit in September, and the court is expected to release a decision in the coming months on whether to uphold or strike down the rule.

Interactive Feature: Trump Has Choices to Make on Climate Policy. What Would You Do?

According to the draft, Mr. Trump is also expected to announce that he will lift a moratorium on new coal mining leases on public lands that had been announced last year by the Obama administration.

He is also expected to order White House economists to revisit an Obama-era budgeting metric known as the social cost of carbon. Economists and policy makers used the metric to place a dollar cost on the economic impact of planet-warming carbon dioxide pollution: about $36 per ton. That measure formed the Obama administration’s economic justification for issuing climate change regulations that would harm some industries, such as coal mining, noting that those costs would be outweighed by the economic benefits of preventing billions of tons of planet-warming pollution.

Eliminating or lowering the social cost of carbon could provide the Trump administration the economic justification for putting forth less-stringent regulations.

The draft order would also rescind an executive order by Mr. Obama that all federal agencies take climate change into account when considering any form of environmental permitting.

Unlike the rollback of the power plant and vehicle regulations, which could take years and will be subject to legal challenges, Mr. Trump can make the changes to the coal mining ban and undo Mr. Obama’s executive orders with the stroke of a pen.

White House staff members and energy lobbyists who work closely with them say they have been expecting Mr. Trump to make the climate change announcements for weeks, ever since Mr. Pruitt was confirmed to head the E.P.A. on Feb. 17, but the announcement has been repeatedly rescheduled. The delays of the one-page announcement have largely been a result of disorganization and a chaotic policy and planning process, said people familiar with that process who asked to speak anonymously to avoid angering Mr. Trump.

One reason for the confusion, these people said, is internal disputes about the challenging legal process required to dismantle the Clean Power Plan. While Mr. Trump may announce with great fanfare his intent to roll back the regulations, the legal steps required to fulfill that announcement are lengthy and the outcome uncertain.

“Trump’s announcements have zero impact,” said Richard J. Lazarus, a professor of environmental law at Harvard. “They don’t change existing law at all.”

Much of that task will now fall to Mr. Pruitt.

“To undo the rule, the E.P.A. will now have to follow the same procedure that was followed to put the regulations in place,” said Mr. Lazarus, pointing to a multiyear process of proposing draft rules, gathering public comment and forming a legal defense against an expected barrage of lawsuits almost certain to end up before the Supreme Court.