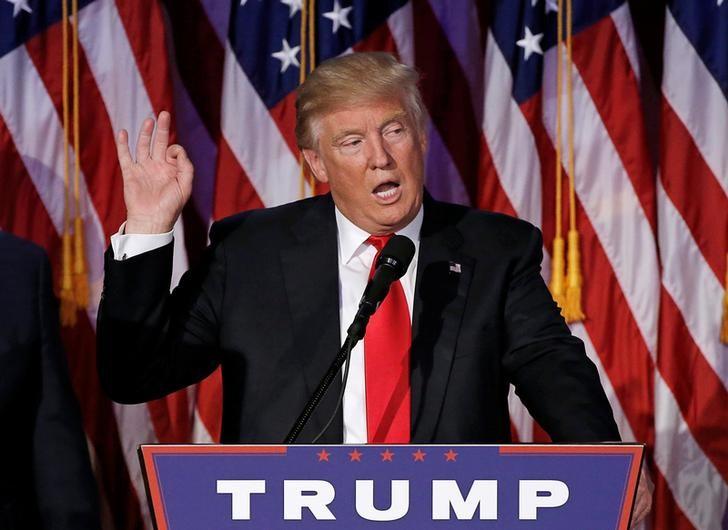 Donald Trump is seeking quick ways of withdrawing from a global agreement to limit climate change, a source on his transition team said, defying widening international backing for the plan to cut greenhouse gas emissions...

Since the U.S. President-elect was chosen, governments ranging from China to small island states have reaffirmed support for the 2015 Paris Agreement at 200-nation climate talks running until Nov. 18 in Marrakesh, Morocco.

Trump, who has called global warming a hoax and has promised to quit the Paris Agreement, was considering ways to bypass a theoretical four-year procedure for leaving the accord, according to the source, who works on Trump's transition team for international energy and climate policy.

"It was reckless for the Paris agreement to enter into force before the election" on Tuesday, the source told Reuters, speaking on condition of anonymity. The Paris Agreement won enough backing for entry into force on Nov. 4.

Alternatives were to send a letter withdrawing from a 1992 Convention that is the parent treaty of the Paris Agreement, voiding U.S. involvement in both in a year's time, or to issue a presidential order simply deleting the U.S. signature from the Paris accord, he said.

Many nations have expressed hopes the United States will stay. Host Morocco said the agreement that seeks to phase out greenhouse gases in the second half of the century was strong enough to survive a pullout.

"If one party decides to withdraw that it doesn't call the agreement into question," Foreign Minister Salaheddine Mezouar told a news conference.

The agreement was reached by almost 200 nations in December and, as of Saturday, has been formally ratified by 109 representing 76 percent of greenhouse gas emissions, including the United States with 18 percent.

The accord seeks to limit rising temperatures that have been linked to increasing economic damage from decertification, extinctions of animals and plants, heat waves, floods and rising sea levels.

"The Paris Agreement carries an enormous amount of weight and credibility," she told a news conference. She said the United Nations hoped for a strong and constructive relationship with Trump.

The Trump source blamed U.S. President Barack Obama for joining up by an executive order, without getting approval from the Senate. "There wouldn't be this diplomatic fallout on the broader international agenda if Obama hadn't rushed the adoption," he said.

(Reporting by Valerie Volcovici in Washington and Alister Doyle in Morocco; editing by John Stonestreet)