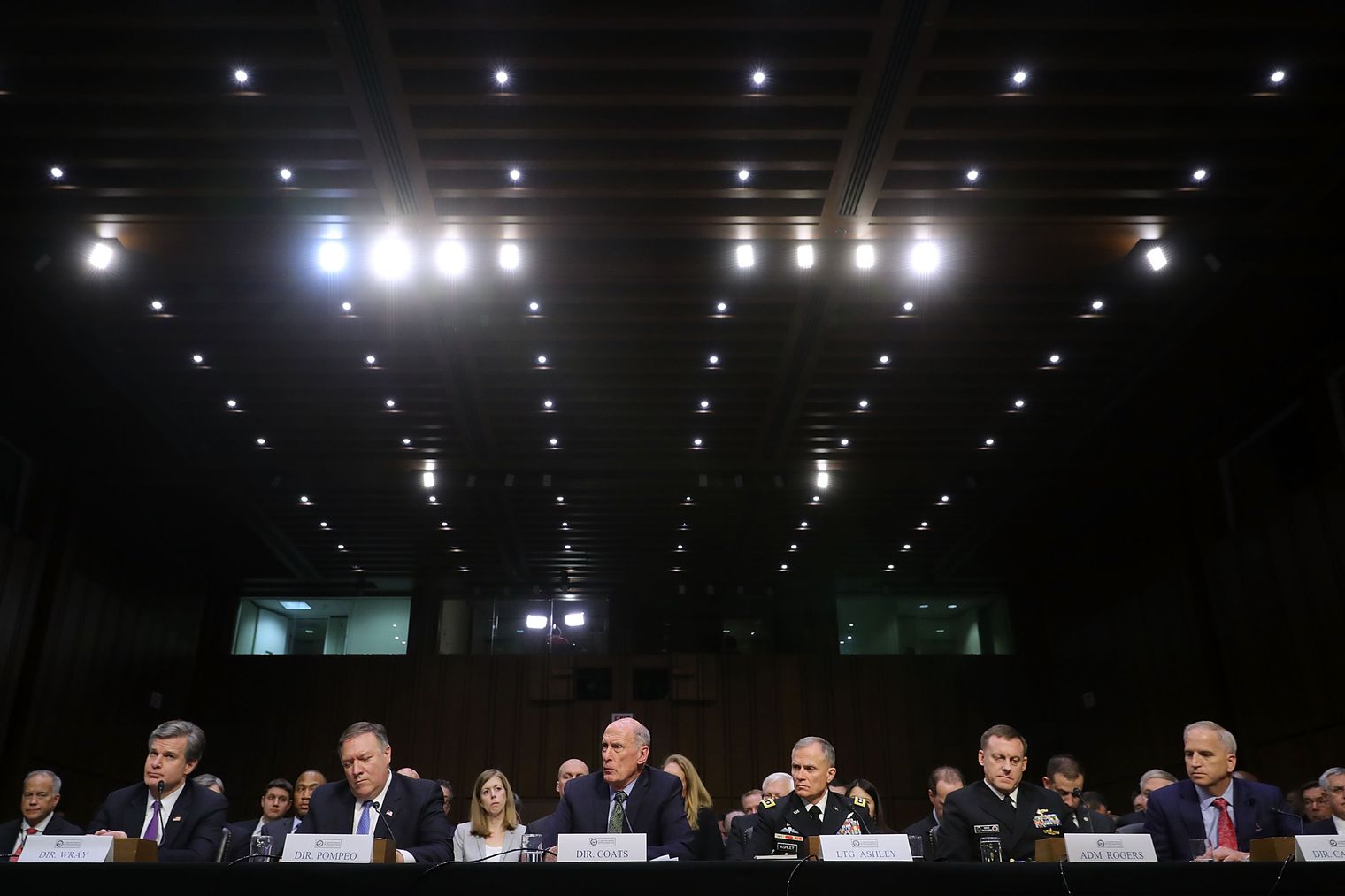 The director of national intelligence warned Congress that climate change could cause “upheaval” this year...

The top US intelligence official warned Congress this week about the threat of “abrupt” climate change, contradicting the Trump administration’s efforts to drive climate out of national security discussions.

Director of National Intelligence Dan Coats, whose office oversees 17 intelligence agencies including the CIA and the NSA, submitted written testimony this week to the Senate Intelligence Committee. In addition to warnings about Russian interference in the upcoming midterm election and the militarization of space, he identified climate change as a significant concern.

“The impacts of the long-term trends toward a warming climate, more air pollution, biodiversity loss, and water scarcity are likely to fuel economic and social discontent — and possibly upheaval — through 2018,” Coats wrote.

This assessment follows testimony from Defense Secretary James Mattis, who earlier this month told lawmakers that climate change is an integral part of military planning.

“This is a normal part of what the military does, and under any strategy, it is part and parcel,” he told the House Armed Services Committee.

Over at the White House, well, it’s a different story. Trump himself mocked global warming on Twitter in December. And his administration officials regularly dismiss well-established climate science and are removing climate change from policy discussions, particularly around national security.

In an interview on February 6 with a Las Vegas television station, Environmental Protection Agency Administrator Scott Pruitt said that rising global temperatures are “not necessarily a bad thing” and that “humans have flourished’’ as the planet has warmed.

And the White House completely omitted climate change as a security concern from the National Security Strategy report released last December, bringing it up only to note that climate change policies in other countries could hurt the fossil fuel industry.

However, Coats’s remarks show that the practical realities of climate change are impossible to ignore for those who have to contend with its real-world consequences. And as temperatures rise, Trump, his Cabinet, and the entire national security apparatus will increasingly have to contend with rising seas, more intense weather, and the devastation that ensues.