TRUMP TELLS MAYOR OF SINKING U.S. ISLAND NOT TO WORRY ABOUT CLIMATE CHANGE... Mayor and waterman James Eskridge sets out to check his crab traps during the early morning in Tangier, Virginia, May 16, 2017, where climate change and rising sea levels threaten the inhabitants of the slowly sinking island. JIM WATSON via Getty Images

WASHINGTON — President Donald Trump, apparently confirming his disregard for the risks of global climate change, reportedly told the mayor of a small Chesapeake Bay island that could soon disappear to erosion and rising seas that there’s no cause for concern.

Trump phoned James “Ooker” Eskridge, the mayor of Tangier, Virginia, on Monday, a few days after CNN aired a story about the impacts of climate change on the island in the middle of the bay, The Daily Times in Salisbury, Maryland, reports.

It’s a bold claim, even for a longtime climate-change nonbeliever who has dismissed the phenomenon as “bullshit” and a Chinese “hoax.”

Since 1850, nearly 70 percent of Tangier’s landmass has been lost, according to a 2015 study by U.S. Army Corps of Engineers scientists. Those scientists predict that in as little as 25 years, erosion and rising seas will sink much of the remaining land, forcing residents to abandon their island homes.

Mayor and waterman James Eskridge sets out to check his crab traps during the early morning in Tangier, Virginia, May 16, 2017, where climate change and rising sea levels threaten the inhabitants of the slowly sinking island.

Today, the historic crabbing community is home to about 450 people. The population is overwhelmingly Republican, with roughly 87 percent of island residents who cast a ballot in the 2016 election voting for Trump.

CNN highlighted the voting numbers in its report, likely triggering Trump to reach out to the mayor.

Eskridge told The Daily Times that after introducing himself, Trump said, “You’ve got one heck of an island there,” and “I’ve just got to talk to that guy.” The mayor said he responded by telling Trump just how much island residents appreciate him.

“This is a Trump island; we really love you down here,” Eskridge said he told the president.

Trump also reportedly urged Eskridge not to worry about the negative response from the CNN report.

Eskridge acknowledged to CNN the threat climate change poses to the island’s future, saying, “We’re running out of land to give up.” But he puts his trust in Trump, and said the island would welcome any assistance the president might provide.

“They talk about a wall, we’ll take a wall,” Eskridge said. “We’d like to have a wall all the way around Tangier. We’d love a wall.” 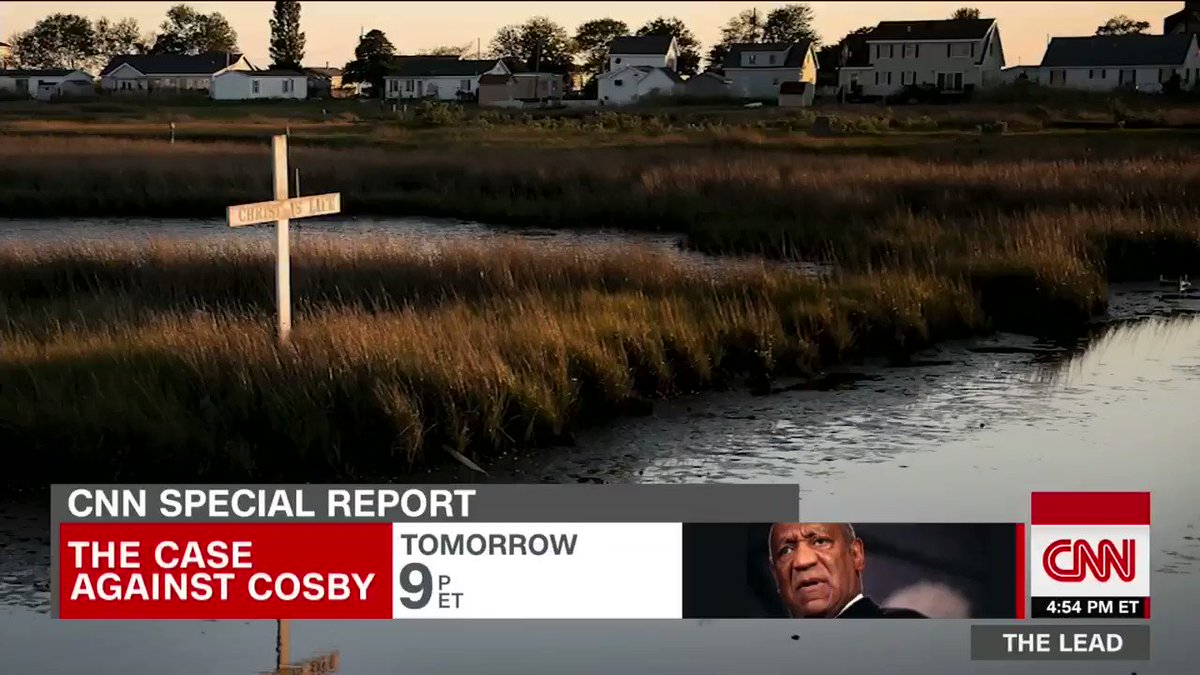 This tiny island off the Virginia coast is in danger of being swallowed by the sea. @JenniferGrayCNN reports.

Since taking office, Trump has worked to derail America’s actions to combat climate change, promised to revive America’s dying coal industry, and moved to open now-protected areas of the Arctic and Atlantic oceans to drilling. He has proposed sweeping cuts to the Environmental Protection Agency and other scientific agencies.

This month, Trump followed through on a campaign promise to withdraw the U.S. from the historic Paris Agreement — a landmark international accord aimed at warding off the worst effects of climate change.