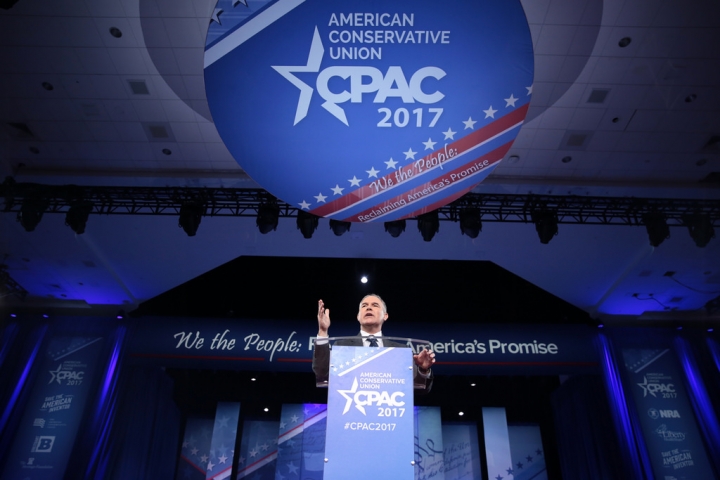 The Trump administration wants to “zero out” many climate-related programs and grants that help state and local governments enforce environmental laws, according to a memo sent this week to state governments by the National Association of Clean Air Agencies...

It’s part of a proposal to cut the Environmental Protection Agency’s $8.2 billion budget by 25 percent. The proposal recommends that the EPA cut its staff by 20 percent and slash grants to states by 30 percent.

The proposal was sent from the White House’s Office of Management and Budget to the EPA this week, and it requires the agency to immediately appeal any of its recommendations, according to the memo.

State grants and EPA programs proposed to be fully shuttered include those addressing climate change, energy efficiency, diesel emissions, environmental justice and a variety of other issues, said Bill Becker, the association’s executive director, who said he obtained the proposal from the EPA.

“These cuts, if enacted by Congress, would rip the heart and soul out of the national air pollution control program and jeopardize the health and welfare of tens of millions of people throughout the country,” Becker said.

The EPA has been a focal point of the Trump administration because it sees the agency’s use of environmental laws to regulate polluting industries as overly intrusive and burdensome to businesses.

If the EPA’s budget is cut as deeply as the administration is proposing, it would cut off a stream of funding to local governments that helps them comply with federal environmental laws and could hobble the EPA’s efforts to enforce them.

Cuts to state grant programs “will have profound impacts on states’ ability to implement the core environmental programs as expected by our citizens,” the Environmental Council to the States, a group of state environmental regulators, wrote in a letter to EPA administrator Scott Pruitt on Wednesday.

If EPA funding to states dries up, states may lose the ability to monitor air and water quality, build clean water infrastructure and provide environmental information to the public, the council wrote.

An EPA spokesman declined to comment, saying he’d respond to questions when further information is available.

Steve Cohen, director of the Earth Institute at Columbia University, said the EPA is already working with a tight budget. The EPA staff has shrunk to 15,000 from more than 17,700 in 2000 — mostly occurring in the Obama administration. The cuts forced the agency to delegate some enforcement of environmental laws to the states, he said.

“The EPA is already a very lean agency and if these cuts are enacted, the impact would be large, but would probably not be the reason for lax enforcement by the federal government,” Cohen said. “That would be a policy issue, not a financial issue.” 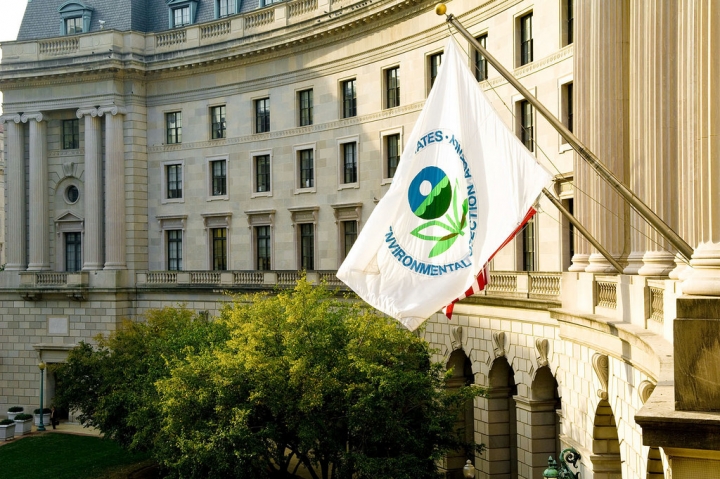 Jack Lienke, an attorney at the Institute for Policy Integrity at NYU School of Law, said it’s unrealistic to expect states to pick up the slack in enforcing environmental laws if the EPA steps away from those responsibilities.

“Even when states have the political will to take on large polluters, they often lack the resources to do so. Indeed, many state enforcement offices are funded in significant part by EPA grants,” Lienke said. “A 25 percent budget cut would likely decimate EPA’s ability to enforce core environmental programs that protect the public from harmful air and water pollution.”

Some programs Trump has proposed to cut were already targeted for elimination by the Obama administration, according to the EPA’s FY 2017 budget. Those include $84 million in EPA programs and grants addressing beach protection, radon and water quality research and support.

But many programs targeted by Trump were funded by the Obama administration, including climate research and energy efficiency programs as part of the EPA’s $8.1 million climate protection program.

Trump is also targeting grants that help Alaska Native communities adapt to climate change. Those communities, facing melting permafrost, rising seas and more frequent wildfires, were set to receive $2.9 million in 2017 from the EPA for climate resiliency planning and $17 million for infrastructure assistance.

Also targeted are $90 million in grants to local governments to clean up brownfields, contaminated industrial sites contaminated with hazardous pollutants.

Prior to proposing EPA budget cuts, Trump began to limit the EPA’s reach. Earlier this week, he signed an executive order requiring the EPA to review and possibly rescind a regulation designating many streams and rivers as being under federal jurisdiction, the so-called “Waters of the U.S.” rule.

Trump, who has expressed doubts about established climate science, has promised to reverse the Obama administration’s most sweeping climate regulation, the EPA’s Clean Power Plan, which would slash emissions from existing coal-fired power plants to cut U.S. greenhouse gas emissions.