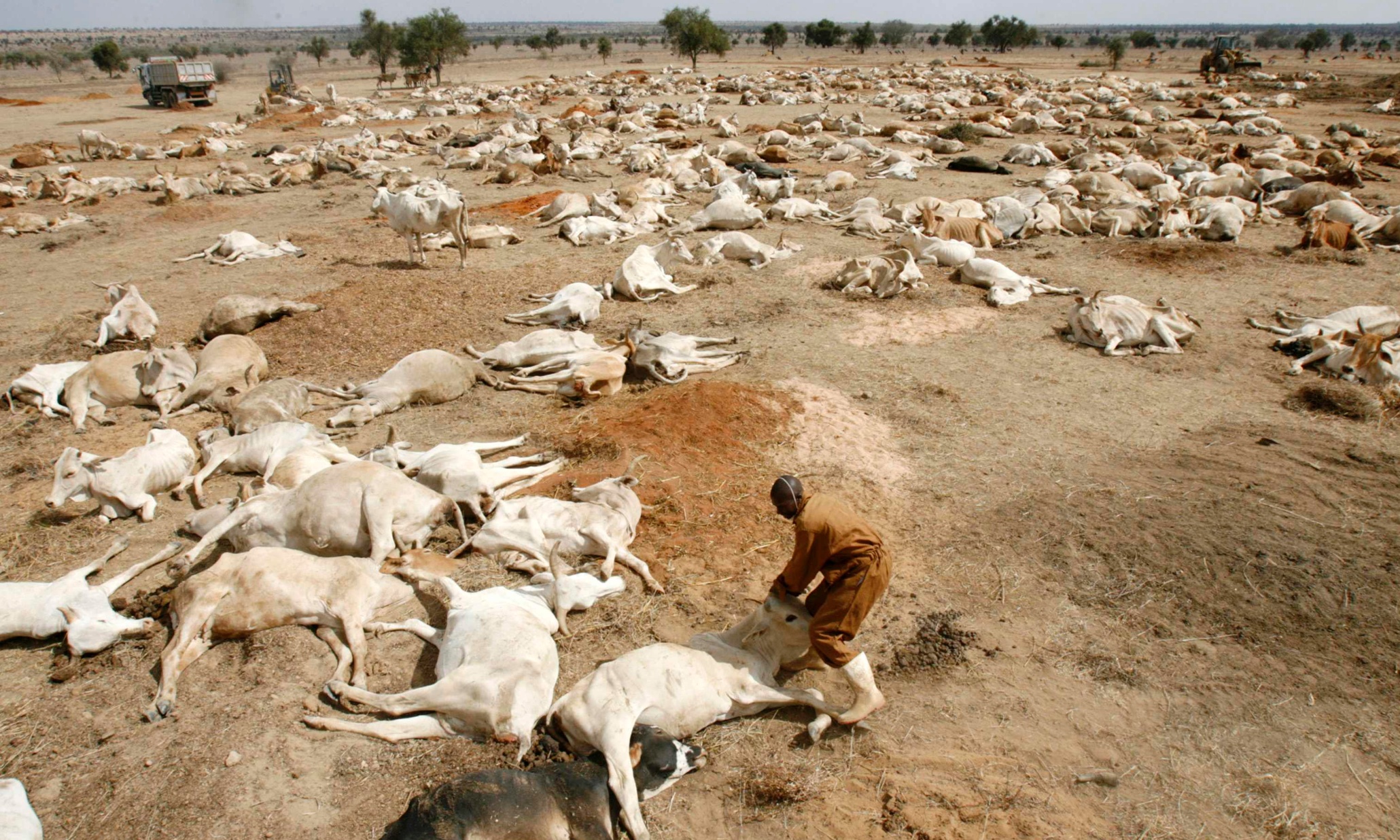 During drought in 2009, farmers tried to cut their losses by selling drought-stricken livestock for meat to Kenya Meat Commission. Photograph: Thomas Mukoya/Reuters

ROME (Thomson Reuters Foundation) - Some 23 million farmers in drought-hit Southern Africa need urgent help to prepare for the next planting season with only a few weeks left before it begins, the U.N. Food and Agriculture Organization (FAO) said on Thursday...

FAO said failure to help farmers in time with seeds, fertilizer and tools would result in a smaller harvest in March 2017, and leave millions of rural families dependent on humanitarian assistance until mid-2018.

"We must make the most of this small window of opportunity and make sure that farmers are ready to plant by October when the rains start," David Phiri, FAO subregional coordinator for Southern Africa, said in a statement.

"The main way people are able to access food is through what they themselves produce. Assisting them to do this will provide lifesaving support in a region where at least 70 percent of people rely on agriculture for their livelihoods."

More than 60 million people, two thirds of them in east and southern Africa, are facing food shortages because of droughts linked to El Nino, a warming of sea-surface temperatures in the Pacific Ocean, according to the United Nations.

FAO said the effects of the drought were expected to peak between January and March 2017.

Botswana, Swaziland, South Africa, Namibia and Zimbabwe reported more than 640,000 drought-related livestock deaths due to disease outbreaks and a lack of pasture and water, FAO said. The United Nations weather agency said on Thursday a La Nina event, which brings below-average sea surface temperatures in the Pacific, may develop in the third quarter of the year but it was likely to be weak and far less intense than the El Nino event that ended in May.