UN TRIES TO HIDE INVOLVEMENT IN DELETING AUSTRALIA FROM ITS CLIMATE REPORT... 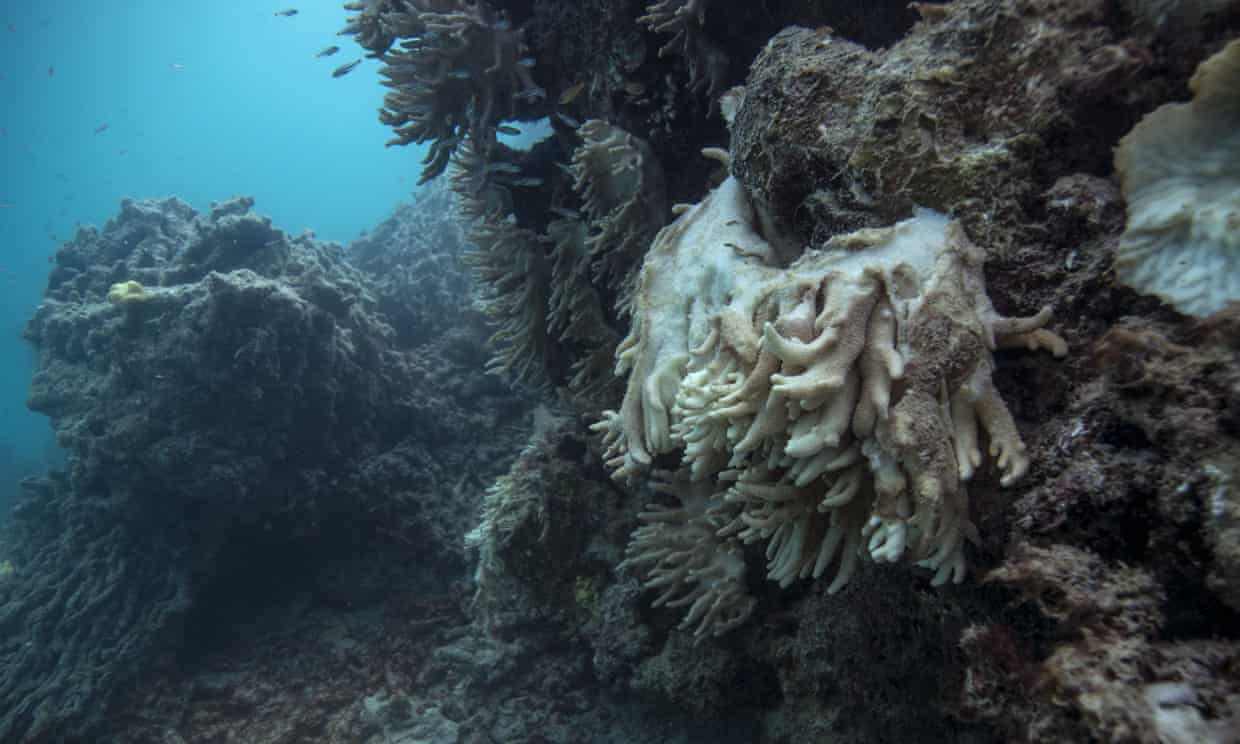 The United Nations has tried to cover up its involvement in the Australian government’s successful attempt to have all mentions of the country removed from a report on climate change and world heritage sites, freedom of information documents show.

In May, Unesco published a report with the UN’s environment program, Unep, and the Union of Concerned Scientists about the impact of climate change on world heritage sites, which were also major tourist attractions.

Australia was the only continent not mentioned, despite being home to several important sites, including the Great Barrier Reef, which were being heavily affected by climate change.

Analysis How Greg Hunt and his department turned good news into an international scandal.The full draft of the Unesco report on climate change reveals many mentions of Australia were actually positive. Read more...

A Guardian investigation revealed in May that three Australian sites were included in an earlier version of the report, but were removed after the environment department objected.

As well, all mentions of Australia were removed from the introduction and other sections. The Guardian later published the draft section on the Great Barrier Reef that had been removed.

The department said it had asked for the changes because it was concerned the information could negatively affect tourism.

Now emails between various government agencies and Unesco have been released to the website Climate Home under freedom of information but almost all the content has been redacted.

Analysis Australia’s censorship of Unesco climate report is like a Shakespearean tragedy. Australia’s iconic Great Barrier Reef is clearly at risk from climate change, so why would Unesco agree to censor its own report? Read more...

“Unesco advised that it is their practice not to disclose exchanges of letters or correspondence between the secretariat and its member states, and requested that this type of material not be disclosed pursuant to this FOI request,” she said.

Approached by the Guardian, the department declined to comment, other than to say that the documents were released in accordance with FOI laws.

Will Steffen, from Australia’s Climate Council, was one of the peer reviewers of the removed section on the reef and was not surprised the emails were censored.

“Obviously it would not look good for either party to be involved in covering up a piece of science, which on the surface of it was just reporting what was going on from a scientific perspective,” he said.

“One would assume they would report on the science – you can do what you want with the science once it’s reported.

“But what gets us really concerned is when we see the science itself suppressed. That starts ringing alarm bells in scientist’s minds. That’s something that shouldn’t be happening in a western democracy.”

@MikeySlezak
Monday 1 August 2016 22.59 EDT
source: https://www.theguardian.com/us
original story HERE
To see our most current positions, opinions, comments, agreement or disagreement with this article, and/or possible criticisms related to the subjects or facts raised in the above article, click here.  Then look for those subjects in the navigation links at the top the page. To learn about more about global warming, climate change or greenhouse gases as well as the causes, consequences, solutions, definitions, facts and tipping points related to these subjects, click here.
To automatically be emailed a summary of the latest news on global warming, sign up for our Global Warming Blog by clicking here. (Put your email address in the Global Warming Blog Subscribe box at the bottom right of the page.)
To sign a critical petition for declaring a national and international global warming State of Emergency, click  here!