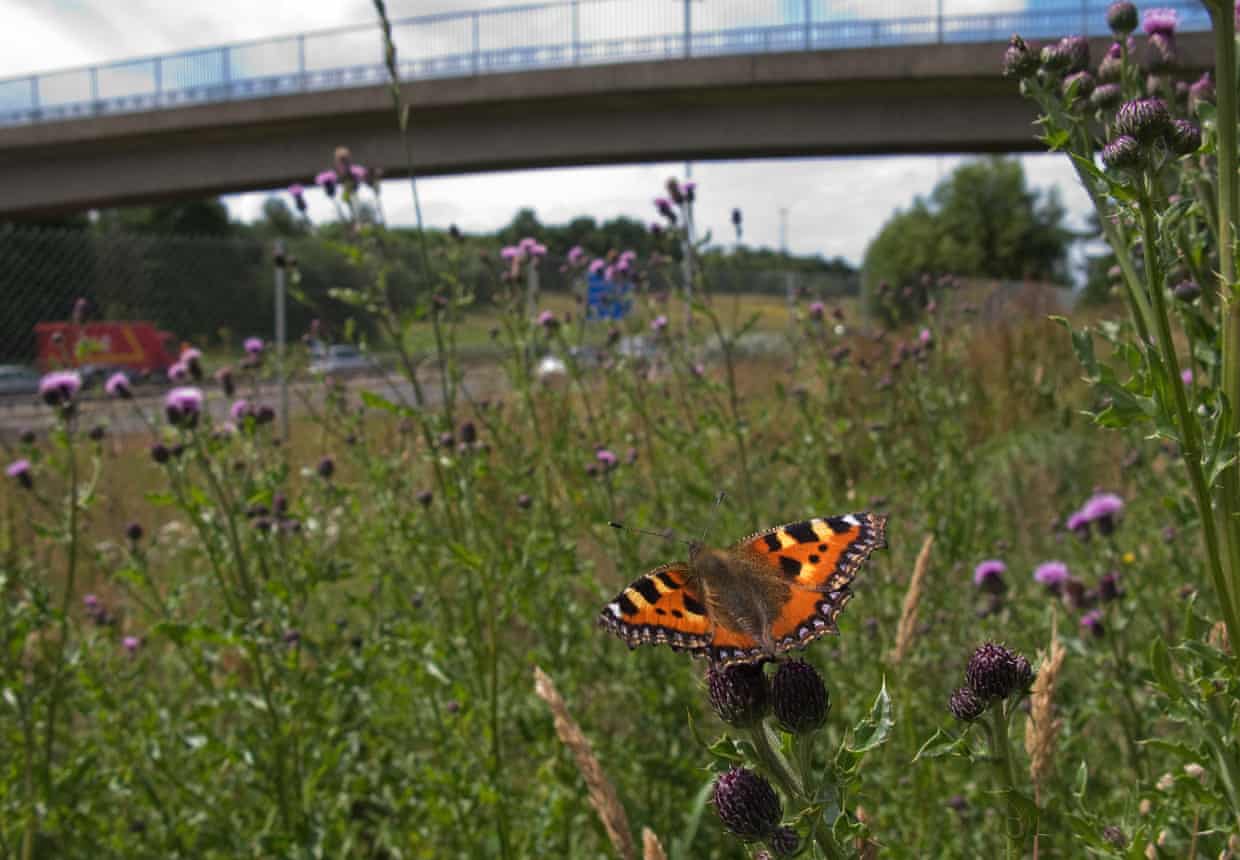 Pesticides, paving and higher temperatures have put huge strain on butterflies in cities over past two decades, finds study...

Butterflies have vanished from towns and cities more rapidly than from the countryside over the past two decades, according to a new study.

Industrial agriculture has long been viewed as the scourge of butterflies and other insects but city life is worse – urban butterfly abundance fell by 69% compared to a 45% decline in rural areas over 20 years from 1995.

Butterfly species such as the small copper and small heath have suffered particularly disastrous urban declines, according to the study published in the journal Ecological Indicators. 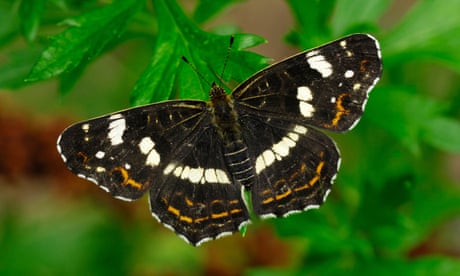 Worst of times for the butterfly...

Prof Tom Brereton, head of monitoring at Butterfly Conservation and one of the study’s co-authors, said causes included heightened effects of climate change in cities, building on urban green space, the loss of surprisingly wildlife-rich brownfield sites, council cuts and the neglect of parks and pesticide-wielding gardeners who have also turned lawns and flower beds into driveways and patios.

He said: “Urban areas are under massive pressure. People are paving over gardens for drives or patios and putting more pesticides on their gardens per area than are put on farmland. Bigger gardens are being sold off for development and councils have less resources for managing green spaces.”

The study, which compares trends for 28 species in urban and countryside environments, found that most urban butterflies are emerging earlier and are longer-lived than the same species living in rural areas. 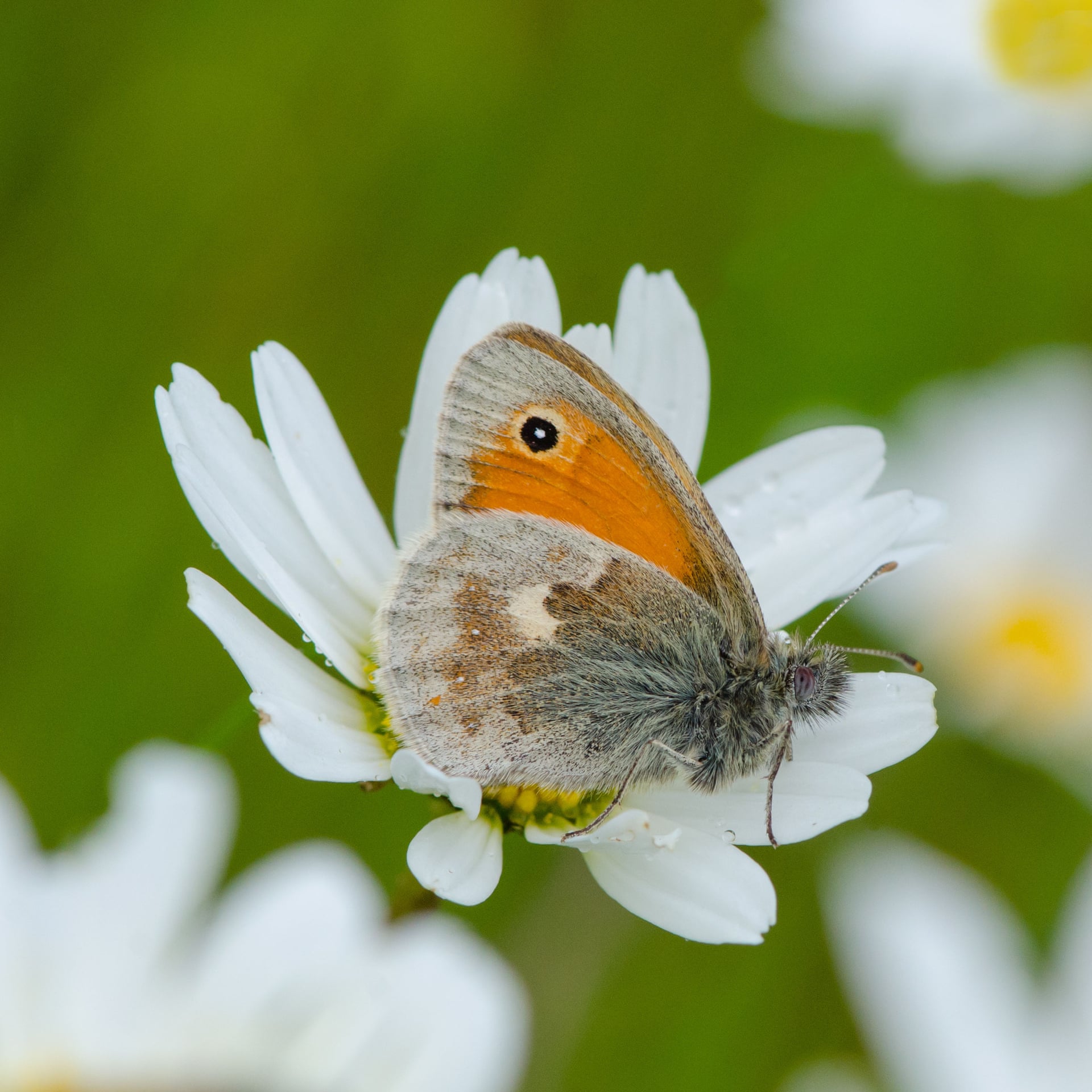 Numbers of the small heath butterfly have fallen by 78% compared to 17% in countryside. Photograph: Tim Melling/Butterfly Conservati/PA

Researchers said the probable cause of the earlier emergence and longer flight periods is the urban heat island effect: human activities make towns and cities warmer than the surrounding countryside.

“Warming is generally quite good for a lot of sun-loving butterfly species but some species don’t like warm winters and warm springs and these effects are more pronounced in big cities,” said Brereton.

While some councils such as Gateshead and Brighton have been praised for managing verges for wildlife and wild flowers, Brereton said the trend across the country was for hard-pressed councils to cut back on their management of green space with fewer countryside rangers, and contractors “blitzing” grass at the wrong time of year and mowing over wild flowers.

But with 87% of people having gardens or access to them – and gardens covering a greater area than all the UK’s national nature reserves – Brereton said gardeners also bear responsibility for recent declines. 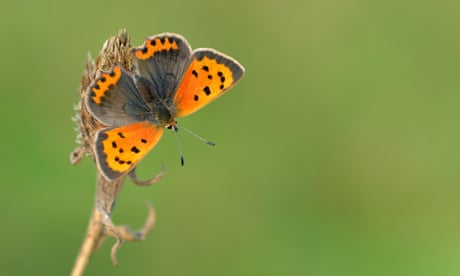 Small copper butterfly in ‘inexorable decline’, according to survey...

“When I was growing up in Manchester in the 1970s, no one used chemicals and everyone had a lawn and flowers and we used to see loads of greenfly as kids – you don’t really see them anymore. We need to be more tolerant of nature.”

Butterfly Conservation advises gardeners to cut out weedkillers and pesticides and grow some native wild flowers, while also allowing native “weeds” such as ivy, which is a food source for the holly blue and provides vital autumnal nectar for red admirals and other insects.

Dr Nigel Bourn, director of conservation science for Butterfly Conservation, said: “Improving the urban environment is something many of us can make a real contribution to, leaving bits of garden as wild areas, using less chemicals and gardening with wildlife in mind.”

Bourn also called on councils to adopt “common sense” – and cheap – wildlife gardening. “More can be done locally in our parks and green spaces,” he said. “The same basic principles of wildlife gardening should be adopted across the country as a matter of common sense.”