US TO STAY IN PARIS AGREEMENT??? 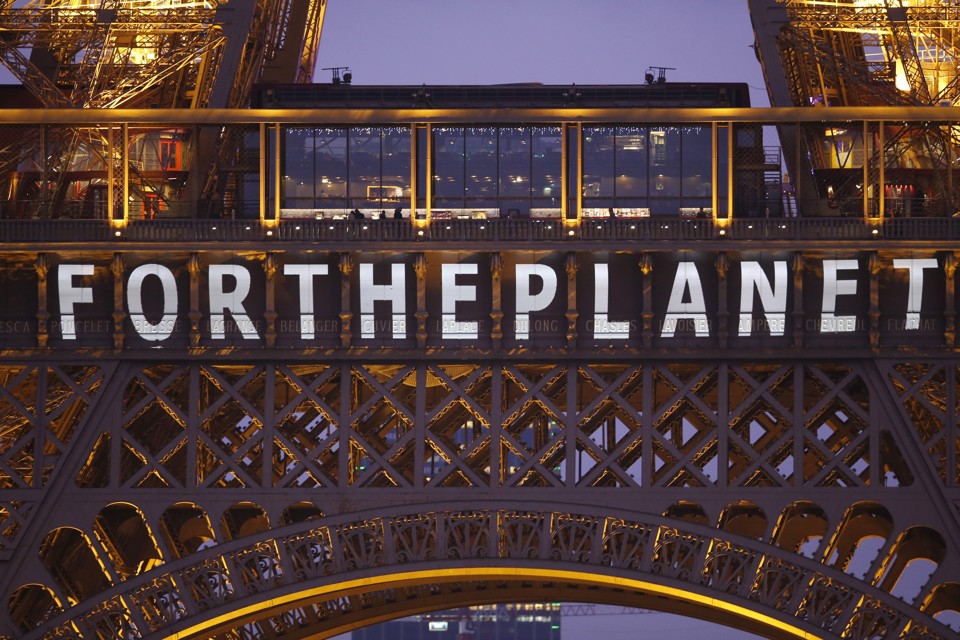 A dump of Scott Pruitt’s emails this week left little doubt about whose interests the incoming US environment chief represents. He put his Oklahoma attorney general letterhead on messages drafted by oil and gas lobbyists...

Donald Trump is set to sign executive orders within days to dismantle Barack Obama’s climate policies. But the US president’s daughter Ivanka and son-in-law intervened to cut language critical of the Paris climate deal, reports the Wall Street Journal.

Along with a Financial Times report that the US is planning to send a delegation to the next UN climate talks in Bonn, it suggests Trump may not pull out of the pact as threatened.

Without a plan to curb emissions at home, US participation may be a token gesture, but it would keep a channel for communication open. Team Trump has proved pretty inaccessible to climate advocates so far.

It will be hard for Pruitt and Trump to ignore climate completely as their oil industry pals come under increasing pressure to face the implications of a global shift to clean energy.

After 38% of shareholders voted for a climate resolution at Exxon Mobil’s 2016 AGM, a bigger coalition of investors worth US$4 trillion is pushing it again this year.

Led by New York State and the Church of England, they simply ask that Exxon consider the possibility efforts to hold global warming below 2C will succeed. Because that is going to affect the value of oil and gas assets.

Fossil fuel investors that don’t do their due diligence can get caught out, as Izdemir Enerji found out in Turkey.

In a remarkable court ruling, the company was forced to halt a coal plant that opened three years ago, after its environmental permit was declared invalid.

The decision heartened campaigners, who have legal challenges ongoing against many of the 70 coal plants in Turkey’s pipeline.

In a dispatch from Mozambique, Sipho Kings found dignitaries celebrating the expansion of Maputo port, a hub for southern Africa’s coal trade. Government agencies warn the port may have to be relocated as sea levels rise in the coming decades.

There has been no shortage of instant experts on Sweden lately, since the Nordic nation came across Trump’s radar. Its rape stats and migration policies have been weaponised in the culture wars.

Perhaps Sweden’s most defiantly anti-Trump position is a multi-party consensus for one of the toughest carbon targets in the world. I spoke to Anders Wijkman, the man who coordinated the making of its climate law.

A photo of climate minister Isabella Lövin signing the law over to parliament, surrounded by women, became an instant classic. But in an interview with Cosmopolitan on a trip to the US, she insisted the image was not a dig at Trump’s male-dominated entourage. “It’s a photo of me and my closest collaborators — my two state secretaries and press secretaries and advisers — so it’s not staged in that way,” she said.

More than 100 species face extinction in Australia’s southern waters, Karl Mathiesen reported from Tasmania. A senate inquiry heard that fish and plants were being pushed to the limit of their heat tolerance and had nowhere to go.

That includes the unique giant kelp forests wiped out from Tasmania’s eastern coast by an underwater heatwave in 2016.

Responding to US pressure on NATO allies to hike their defence spending, EU foreign affairs chief Federica Mogherini questioned whether more of the same was really the answer to today’s security challenges.

Who knows what the top-tier US delegation – James Mattis, Mike Pence and John Kelly – made of it, but the underlying logic that climate change is a “threat multiplier” can also be found in Pentagon briefings.

Power for the rich

India’s electricity subsidies benefit richer households and businesses, while 20% of the population has no access to power.

Up to 87% of payments go to households above the poverty line, according to analysis from Third Pole.