WARMING UP: NEW RESEARCH POINTS TO A MORE SENSITIVE CLIMATE TO RISING CO2... Climate models may be underestimating how sensitive the planet is to rising greenhouse gas levels, with new research suggesting the pace of global warming is about to quicken...

Trailer: Before the Flood

Leonardo DiCaprio presents a documentary examining how climate change affects our environment and what society can do prevent the demise of the planet.

The researchers examined seabed sediment and ice cores to determine how the climate had changed during the past eight glacial cycles, covering about 784,000 years. They then used air bubbles trapped in those ice cores to calculate the Earth's energy balance – whether the planet was adding or losing heat to space – over the period.

Axel Timmermann, a co-author of the study and professor at the University of Hawaii, said they found the climate's response was disproportionate as temperatures rose.

Previous studies, including those used by the Intergovernmental Panel on Climate Change (IPCC), tended to underestimate the impact shrinking ice sheets and other changes to land had on how much heat was radiated back to space as conditions warmed.

The research comes as delegates from about 200 nations are meeting in Marrakech, Morocco, to discuss the implementation of the Paris climate agreement signed almost a year ago.

The Turnbull government announced Australia had formally ratified the agreement despite the election of climate sceptic Donald Trump to become the next US president just a day earlier. Mr Trump's campaign promise to "cancel" the Paris accord has many scientists worried.

"We have no time to lose, not even four years, if we still want a chance to limit warming to well below 2 degrees as unanimously agreed [at Paris], for good and urgent reasons," said Stefan Rahmstorf, a professor at Potsdam Institute for Climate Impact Research, which contributed to the sensitivity study.

"Holding to this line is of critical importance to prevent a long-lasting crisis for humanity," he said. Most of the world's glaciers - and lately sea ice at both end of the planet - are in retreat. Photo: Wolfgang Kaehler

Based on the study of past climate sensitivity, the researchers found global mean temperatures were likely to exceed those of the past eight glacial cycles during the 2020-50 period, assuming greenhouse gases continue on a business-as-usual pace.

By 2100, though, global temperatures will be almost 6 degrees above pre-industrial levels, or at the high end of IPCC estimates. (See chart below.)

Professor Timmermann said such a rise exceeds the IPCC's mean estimate of about 4 degrees, and would bring surface temperatures to their highest in about 55 million years.

Areas with a high reflectivity of sunlight – known as the albedo effect – include the world's sea ice regions.

The shrinking of sea-ice cover exposes the darker waters beneath, which absorb more of the heat and led to a feed-back loop of further ice retreat.

Zachory Labe, a PhD student at University of California, Irvine, has tracked the record-low sea ice levels of late at both ends of the planet. He noted on Twitter how unusually warm this year has been in the Arctic: 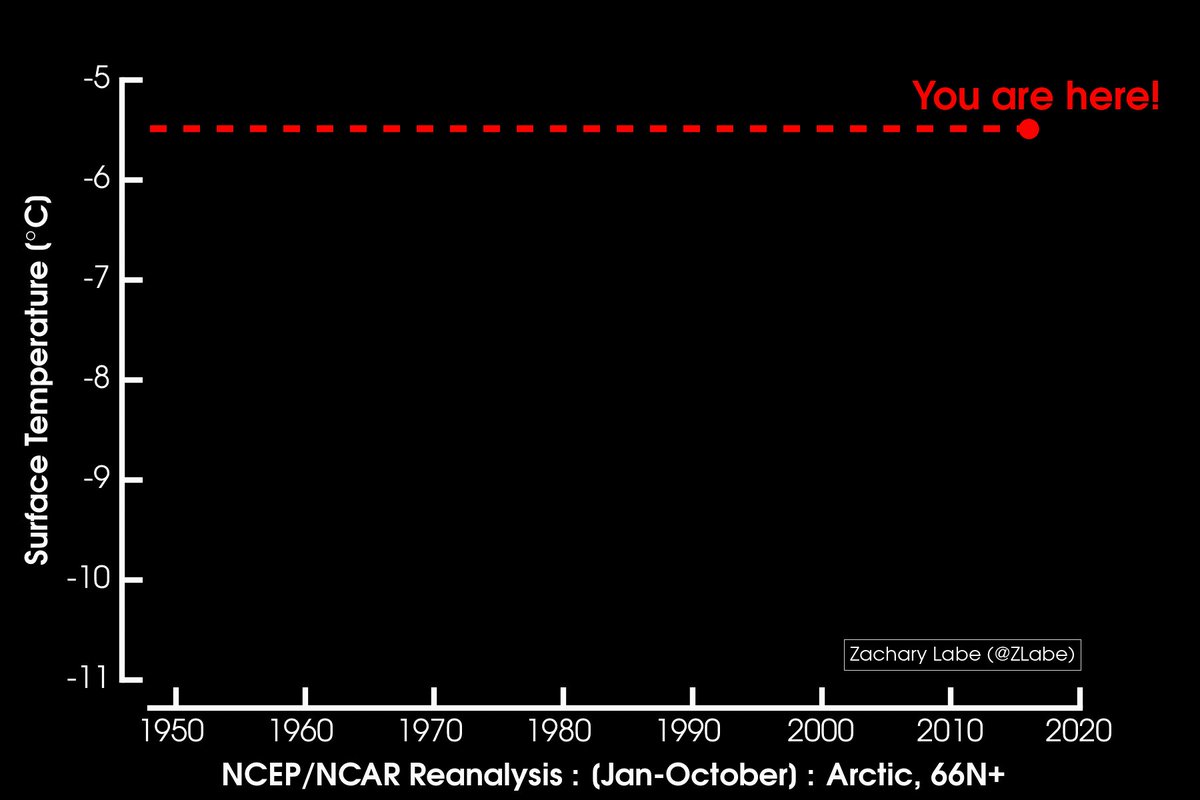 This is fine. Preliminary surface air temperature reanalysis indicates unmistakable anomalous "warmth" so far this year in the #Arctic...

But a similar story is also being told in the Antarctic, where a record extent of sea ice in 2014 has this year reversed: 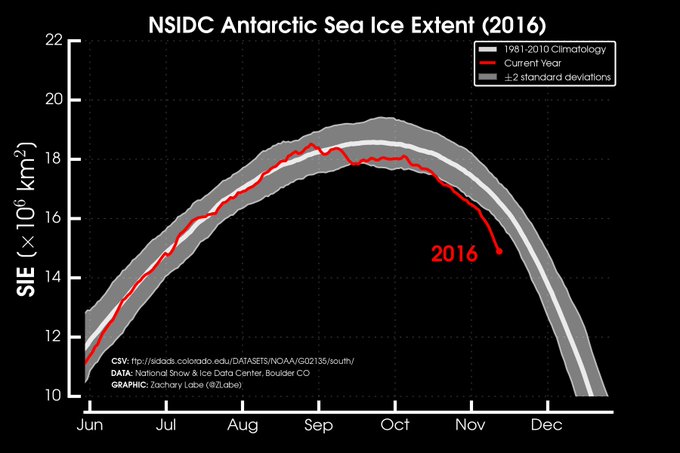 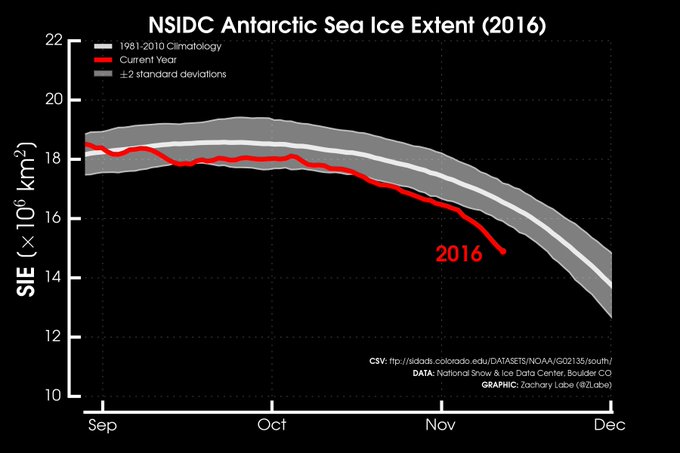 #Antarctic sea ice extent is now over 1.5 million square km below normal and continues as the lowest on record in the satellite era!

Tobias Friedrich, also from the University of Hawaii, and lead author on the paper, said humans had put the planet on a significant warming trajectory.

"The only way out is to reduce greenhouse gas emissions as soon as possible," Dr Friedrich said.