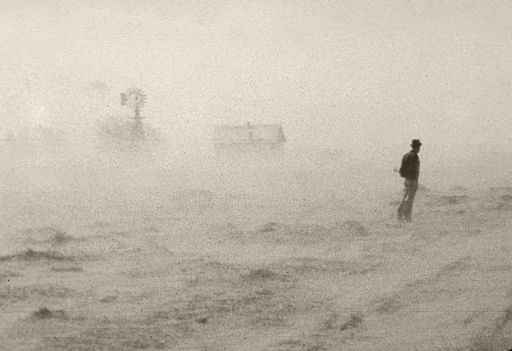 So, on the advice of Greg Craven, we ask the question: what’s the worst that could happen? Looking to sources we believe are highly credible, we find James Lovelock, fellow of the Royal Society, former NASA consultant and author of The Vanishing Face of Gaia: A Final Warning, who tells us that “we do have to take seriously the possibility that global heating may all but eliminate people from the Earth.” A solemn response to our question.

In addition, and for the more imminent future, he suggests that “the droughts of summer will intensify. In the United States, memories of the 1930s Dust Bowl will be revived. Australia has already suffered eleven years of continuous drought; Europeans will recall the awful summer of 2003; and in China, Africa and Southern Asia, famine is a familiar enemy. Like the foot of an elephant on an anthill, global heating will crush life from the continental plains.”

James Hansen, the director of the NASA Goddard Institute for Space Studies who is also well known for his 1988 testimony to the United States Senate committee and subsequent years of activism around mitigating the effects of climate change, is, in our mind, another very reliable source of climate information. His new book, Storms of My Grandchildren: The Truth About the Coming Climate Catastrophe and Our Last Chance to Save Humanity, was written despite the fact that he would really prefer to “to just do science.” In the preface of his book he writes that “If it hadn’t been for my grandchildren and my knowledge of what they would face, I would have stayed focused on the pure science, and not persisted in pointing out its relevance to policy.” But because he does understand the issue and feels compelled to share that information for the good of future generations, he continues to propose that action be taken.

Quite early in this book Hansen provides one possible answer to our question of what’s the worst that could happen. “The startling conclusion,” he writes, “is that continued exploitation of all fossil fuels on Earth threatens not only the other millions of species on the planet but also the survival of humanity itself--and the timetable is shorter than we thought.”

Such admonitions are part of the reason why we will henceforth refer to the issue commonly known as global warming--or climate change--as catastrophic climate destabilization, a term used by Craven in his book, What's the Worst That Could Happen?: A Rational Response to the Climate Change Debate. The other labels just don’t seem to adequately describe what we are actually facing here. The term “global warming” is potentially confusing to people, since, as the average global temperature increases, some places on Earth could actually become much colder. And predictions for six degrees of overall warming include the possibility of “devastating massive extinction” and the breakdown of traditional social systems. So we think that with such catastrophic potentialities, “climate change” doesn’t quite cut it either. Of course, you’ll see all of these phrases used in this blog as various sources use different terms. But given the concern of such prominent scientists, we do feel that catastrophic climate destabilization is the most apt way of phrasing it.