Saved from The White House

"The level of complete corruption from the fossil fuel industry that marks this administration is like nothing we've ever seen," environmentalist says...

On a bad news day for Earth's climate, environmentalist Bill McKibben appeared on 'Real Time' to discuss the dire situation and how to fight back...

On a particularly bad day for Earth's wellbeing – the EPA revealed massive budgetary cuts while the Trump administration waffled on the Paris Agreement on climate change – environmentalist and 350.org founder Bill McKibben appeared on Real Time With Bill Maher to discuss the dire situation and how the American people can fight back. 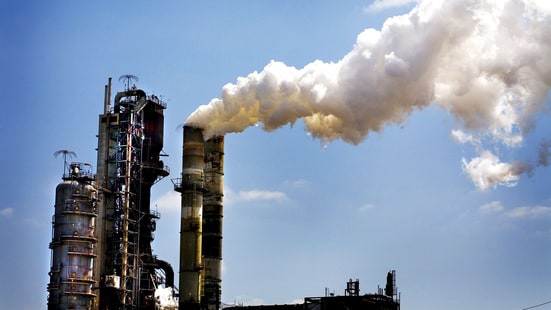 One of the country's leading activists on Trump's Cabinet of climate deniers, and how to resist their fossil-fuel-loving agenda

"The level of complete corruption from the fossil fuel industry that marks this administration is like nothing we've ever seen," McKibben said, adding that new EPA chief Scott Pruitt frequently sued the EPA on behalf of energy companies while Attorney General of Oklahoma.

"Earlier this afternoon, the EPA under Mr. Pruitt… their budget cuts leaked out. Not only are they going to cut by 97 percent the amount of money they're spending to try and improve water quality in the Great Lakes – which finally begun to improve, same thing with San Francisco Bay, Puget Sound, Chesapeake Bay; good thing that no one lives in any of these places," McKibben said.

"They also said they're going to drastically cut the amount of money they spend on something called water quality compliance, the kind of things that helped alert us to things like Flint, the water crisis there. Of course, since they're zeroing out the environmental justice program at EPA, that probably won't be a big worry anymore."

After pointing out that the Keystone Pipeline would be built using Russian steel – the oligarch of that Russian steel mill gifted Vladimir Putin a $35 million yacht, McKibben noted – McKibben attacked the argument that state governments will handle the things the EPA doesn't by highlighting the crisis in Pruitt's own state of Oklahoma.

"For as long as this continent has been around, Oklahoma has been seismically inert, as stable as it was possible to be," McKibben said. "Now, it shakes a lot more than Oklahoma. It's the most seismically active place on the continent because we've done nothing but frack it for the last 10 years and force all this water underground into wells on the faults."

Even as the nation is divided into two halves – liberals who believe in climate change and conservatives who turn a blind eye toward it – McKibben warned, "In the end, these are not political questions. In the end, physics doesn't care what your skin is. It just does what it does."

Bill McKibben on Why Exxon Is the Next Big Climate Fight

Bill McKibben and 350.org on the 'Do the Math' Tour