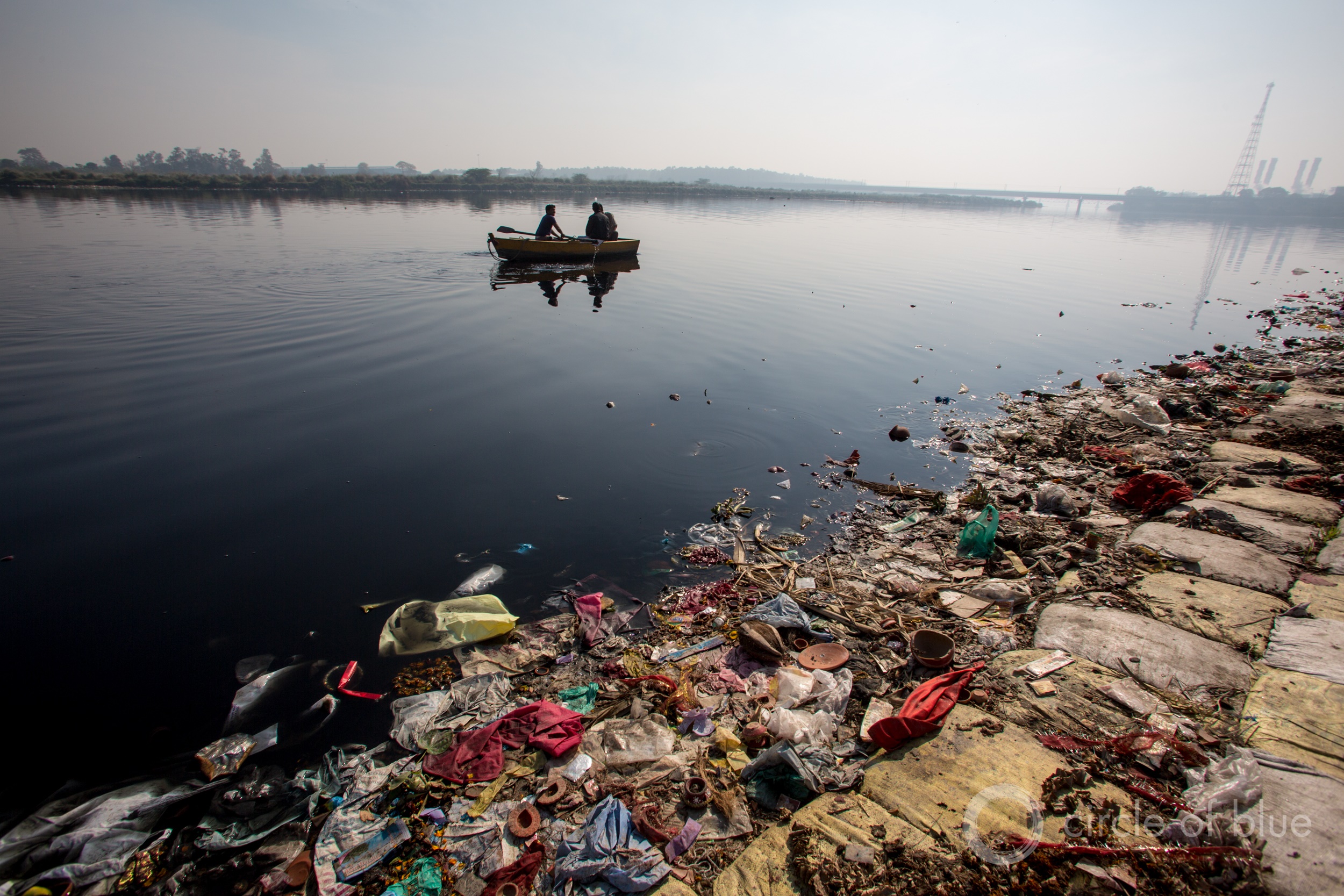 Environmental risks, steadily rising in importance, are recognized as authentic and relentless obstacles to peace, wealth, and health, according to the World Economic Forum’s global risk report, an annual survey of business, academic, and political leaders.

The report analyzes the strength and likelihood of 30 risks and 13 trends that shape global society. Four of the five environmental risks in the report, all related to climate change and extreme weather, are judged to be large impact and high likelihood threats.

Water crises, deemed a “societal risk” because of their broad reach, ranked third in the high-impact category, the third consecutive year in the top three. Harsh droughts last year in India, South Africa, and Vietnam slashed farm production and cut hydropower generation. Meanwhile, depletion of India’s groundwater reserves could squeeze long-term economic growth and flush rural residents into already jammed cities. These and other environmental threats to social well-being “are more prominent than ever,” the report states.

“Over the course of the past decade, a cluster of environment-related risks — notably extreme weather events and failure of climate change mitigation and adaptation as well as water crises — has emerged as a consistently central feature of the risk landscape, strongly interconnected with many other risks, such as conflict and migration,” according to the report.

Environmental threats, the report notes, are occurring in a world being pulled in two: toward greater income inequality and political polarization, both of which have the potential to undermine the collective action required to address water and climate challenges.

The rise of environmental risk is a notable development in the report’s 12-year history, says Margareta Drzeniek Hanouz, head of competitiveness and risk at the World Economic Forum. Oil shocks and volatile asset prices, both high-level concerns in the report’s early years, have been replaced at the top by water crises and extreme weather.

“Economic risks have been overtaken by the need for action on the environmental side,” Drzeniek Hanouz said.

Richard Samans, managing director of the World Economic Forum, noted several “hopeful signs” of action in the last year from politicians and business leaders. The Paris climate accord, an international commitment to cut carbon emissions, came into effect in November. An amendment to the Montreal protocol, another international agreement, will phase out HFCs, a powerful greenhouse gas used in refrigerants. The aviation industry, for its part, agreed to halt carbon emissions growth after 2020. Financial regulators, meanwhile, discussed guidelines for corporate disclosure of climate risk.

“We’re really finally beginning to move in a serious way,” Samans said, though noting that actions to date are still not enough to prevent the planet from potentially catastrophic warming.

Water and environmental risks can cause cascading social, economic, and political challenges, Drzeniek Hanouz explained. “We see rising migration due to environmental risk, weather-related events, and climate,” she said, citing Internal Displacement Monitoring Centre data that found two-thirds of displacements in 2015 were due to natural disasters.

The risks report represents the collective opinion of 745 members of the World Economic Forum and its affiliates. The report in recent years has targeted a more diverse set of voices. Roughly one in five survey respondents are under the age of 30. Still, nearly half of those polled are from Europe and North America and only 36 percent of respondents who indicated their sex were women.

J. Carl Ganter, Circle of Blue’s director, is a member of the World Economic Forum’s Global Futures Council on the Environment and Natural Resource Security

Brett writes about agriculture, energy, infrastructure, and the politics and economics of water in the United States. He also writes the Federal Water Tap, Circle of Blue’s weekly digest of U.S. government water news. He is the winner of two Society of Environmental Journalists reporting awards, one of the top honors in American environmental journalism: first place for explanatory reporting for a series on septic system pollution in the United States (2016) and third place for beat reporting in a small market (2014). Brett lives in Seattle, where he hikes the mountains and bakes pies. Contact Brett Walton
source: http://www.circleofblue.org/
original story HERE
If you would like to share this blog story on Facebook with one easy click, scroll down to the very bottom of this page and look for the SHARE button along with the Facebook LIKE button under the "Sign up to Learn About & Help End Global Warming” boxed area where people enter their email address. You do not need to enter any email address to use the one click Facebook SHARE button.
Get more of The Global Warming Blog. Bookmark this page and signup for the blog’s free RSS Feed. Sign up for free Global Warming Blog by clicking here. You will automatically be emailed a regular summary of the latest global warming headlines.
To learn about more about global warming, climate change or greenhouse gases as well as the causes, consequences, solutions, definitions, facts and tipping points related to these subjects, click here.
To see our most current positions, opinions, comments, agreement or disagreement with this article, and/or possible criticisms related to the subjects or facts raised in the above article, click here.  Then look for those subjects in the navigation links at the top the page.
To sign a critical petition for declaring an international global warming State of Emergency, click  here!