WE DON’T DENY HARVEY, SO WHY DENY CLIMATE CHANGE? 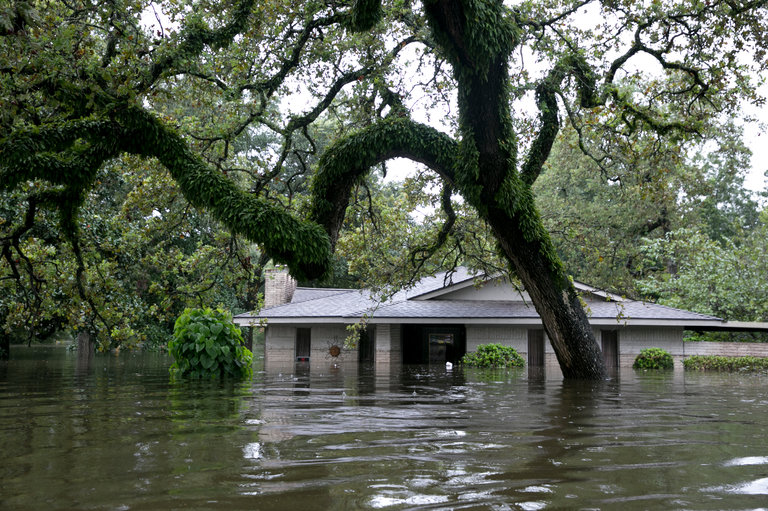 Imagine that after the 9/11 attacks, the conversation had been limited to the tragedy in Lower Manhattan, the heroism of rescuers and the high heels of the visiting first lady — without addressing the risks of future terrorism...

That’s how we have viewed Hurricane Harvey in Houston, as a gripping human drama but without adequate discussion of how climate change increases risks of such cataclysms. We can’t have an intelligent conversation about Harvey without also discussing climate change.

That’s awkward for a president who has tweeted climate change skepticism more than 100 times, even suggesting that climate change is a Chinese hoax, and who has announced he will pull the U.S. out of the Paris climate accord. Scott Pruitt, President Trump’s head of the Environmental Protection Agency, says it’s “misplaced” to talk about Harvey and climate change.

Really? To me, avoiding the topic is like a group of frogs sitting in a beaker, fretting about the growing warmth of the water but neglecting to jump out. Climate scientists are in agreement that there are at least two ways climate change is making hurricanes worse.

First, hurricanes arise from warm waters, and the Gulf of Mexico has warmed by two to four degrees Fahrenheit over the long-term average. The result is more intense storms.

“There is a general consensus that the frequency of high-category (3, 4 and 5) hurricanes should increase as the climate warms,” Kerry Emanuel, a hurricane expert at M.I.T., tells me. Likewise, three experts examined the data over 30 years and concluded that Atlantic tropical cyclones are getting stronger.

Second, as the air warms, it holds more water vapor, so the storms dump more rain. That’s why there’s a big increase in heavy downpours (“extreme precipitation events”). Nine of the top 10 years for heavy downpours in the U.S. have occurred since 1990.

“Climate change played a role in intensifying the winds and rainfall associated with Hurricane Harvey,” says Charles Greene, a climate scientist at Cornell. He notes that there’s also a third way, not yet proven, in which climate change may be implicated: As Arctic sea ice is lost, wind systems can meander and create blockages — like those that locked Harvey in place over Houston. It was this stalling that led Harvey to be so destructive.

Frankly, it’s staggering that there’s still so much resistance among elected officials to the idea of human-caused climate change.

Last year was the third in a row to set a record for highest global average surface temperature, according to NASA. The 10 years of greatest loss of sea ice are all in the last decade. And poor Houston has suffered three “500-year floods” in the last three years.

Remember also that we in the rich world are the lucky ones. We lose homes to climate change, but in much of the world families lose something far more precious: their babies. Climate change increases risks of war, instability, disease and hunger in vulnerable parts of the globe, and I was seared while reporting in Madagascar about children starving apparently as a consequence of climate change.

An obvious first step is to embrace the Paris climate accord. A second step would be to put a price on carbon, perhaps through a carbon tax to pay for tax cuts or disaster relief.

We also must adapt to a new normal — and that’s something Democratic and Republican politicians alike are afraid to do. We keep building in vulnerable coastal areas and on flood plains, pretty much daring Mother Nature to whack us.

We even subsidize such dares through the dysfunctional National Flood Insurance Program. This offers underpriced insurance, encouraging people to live in low-lying areas — compounded by flood maps that are old and unreliable. One Mississippi home flooded 34 times in 32 years, resulting in payouts worth almost 10 times what the home was worth.

The truth is that what happened in Houston was not only predictable, it was actually predicted. Last year, ProPublica and The Texas Tribune published a devastating article about Houston as a “sitting duck for the next big hurricane” and warned that Texas was unprepared.

In other domains, we constantly manage risks that are uncertain. We address a threat from the Islamic State or North Korea even when it’s complicated and hard to assess. So why can’t our leaders be as alert to climate risks that in the long run may be far more destructive?

Sure, definitively linking any one storm to climate change is difficult. Likewise, when a particular person contracts lung cancer, it may be impossible to prove that smoking was the cause that time. But it’d be absurd for America to discuss the challenge of lung cancer only through the prism of suffering patients and heroic doctors (and the high heels of the visitors in the cancer ward!) without also considering tobacco policy.

A week and a half ago, Republicans and Democrats traveled to see the solar eclipse and gazed upward at the appointed hour, because they believed scientific predictions about what would unfold. Why can’t we all similarly respect scientists’ predictions about our cooking of our only planet?