WE’RE WITNESSING THE FASTEST DECLINE IN ARCTIC SEA ICE IN AT LEAST 1,500 YEARS... 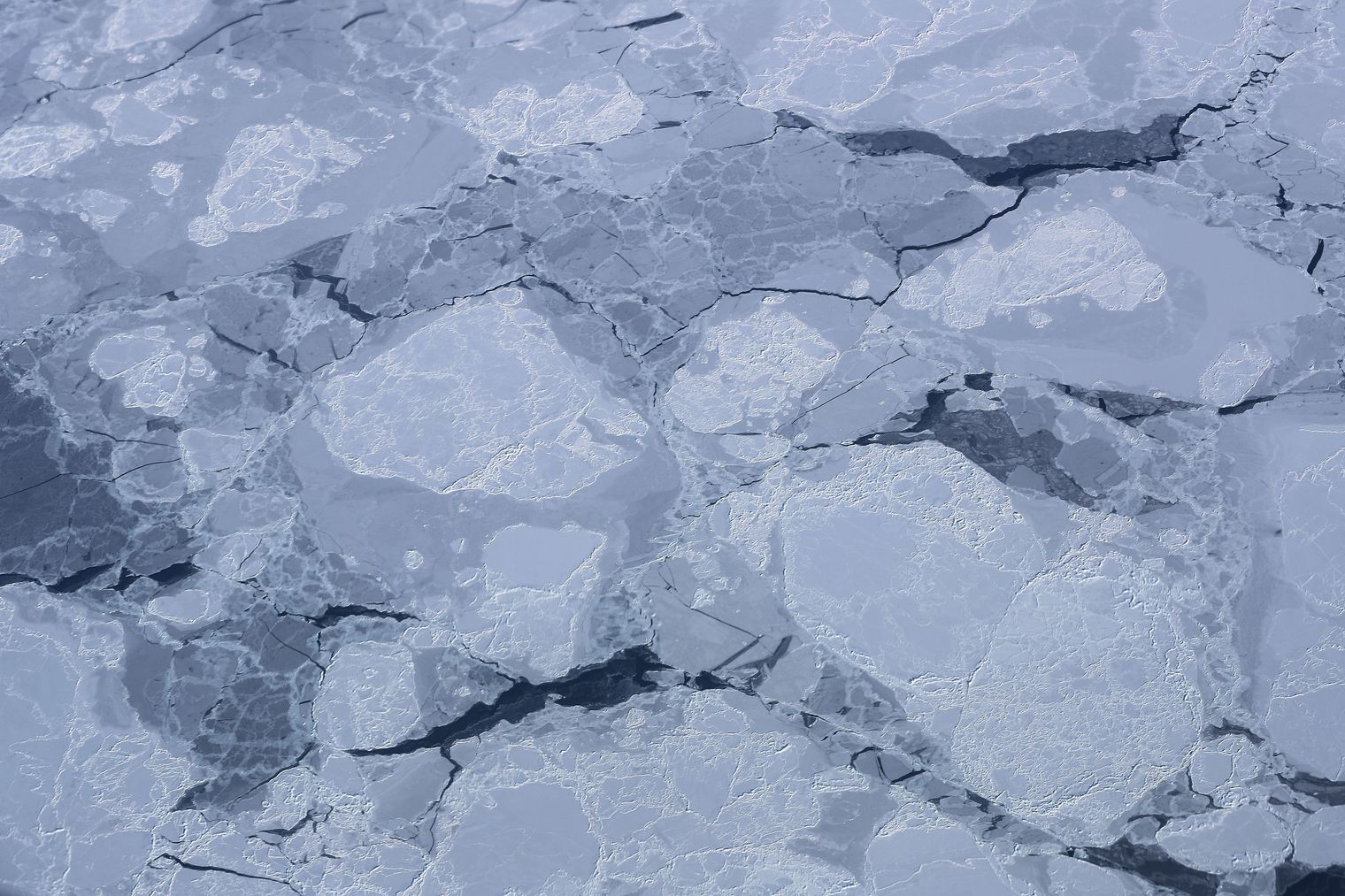 The sudden, scary ice melt in the Arctic, in three charts...

The Arctic Ocean once froze reliably every year. Those days are over...

Arctic sea ice extent has been measured by satellites since the 1970s. And scientists can sample ice cores, permafrost records, and tree rings to make some assumptions about the sea ice extent going back 1,500 years. And when you put that all on a chart, well, it looks a little scary.

In December, NOAA released its latest annual Arctic Report Card, which analyzes the state of the frozen ocean at the top of our world. Overall, it’s not good.

“The Arctic is going through the most unprecedented transition in human history,” Jeremy Mathis, director of NOAA’s Arctic research program, said at a press conference. “This year’s observations confirm that the Arctic shows no signs of returning to the reliably frozen state it was in just a decade ago.”

The report, which you can read in full here, compiles trends that scientists have been seeing for years. The Arctic is warming at twice the rate of the rest of the world. And 2017 saw a new record low for the maximum sea ice extent (i.e., how much of the Arctic ocean freezes in the coldest depths of winter).

That huge drop-off at the end? That’s “the largest magnitude decline in sea ice, and the greatest sustained rate in sea ice decline in that 1,500-year record,” said Emily Osborne, the NOAA scientist who compiled the data for the chart.

There is some natural variability, and a fairly wide range of error in these assumptions, she said. But even accounting for that, it’s clear we’re living through something unprecedented. And it seems to be getting worse very quickly: “This was the third straight year of a record low winter maximum,” the report concludes.

It’s not yet clear how 2018 will fare, but it doesn’t look good: On February 6, the National Snow & Ice Data Center reported that Arctic sea-ice extent for the month of January was at a record low. 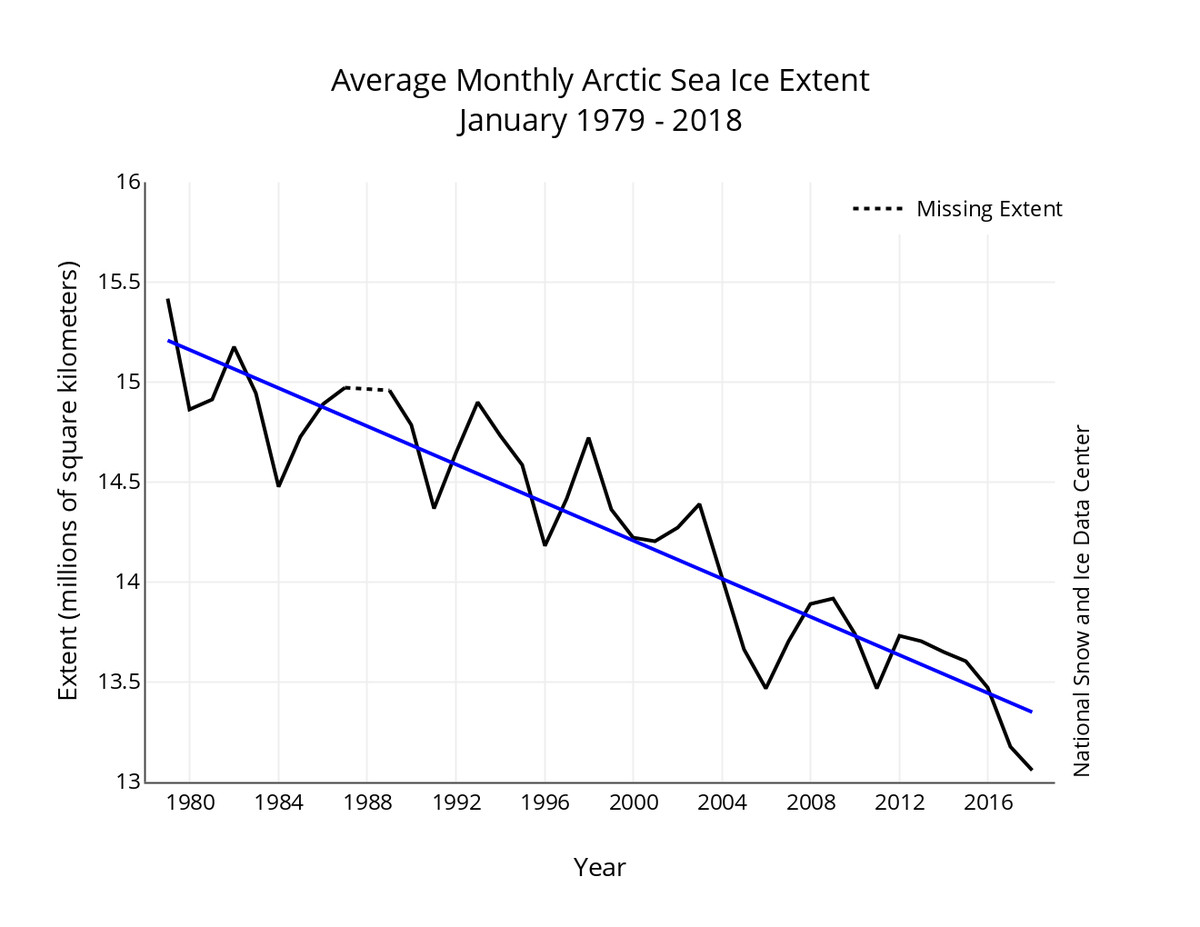 And right now, the planet has the least amount of sea ice since satellite record-keeping began in the 1970s. As meteorologist Eric Holthaus explains, February is usually the month where the combined sea ice at both poles bottoms out for the year.

But this year, it’s especially low. (You can see the tiny red line for 2018 in the bottom left corner of this chart, updated on February 15.) 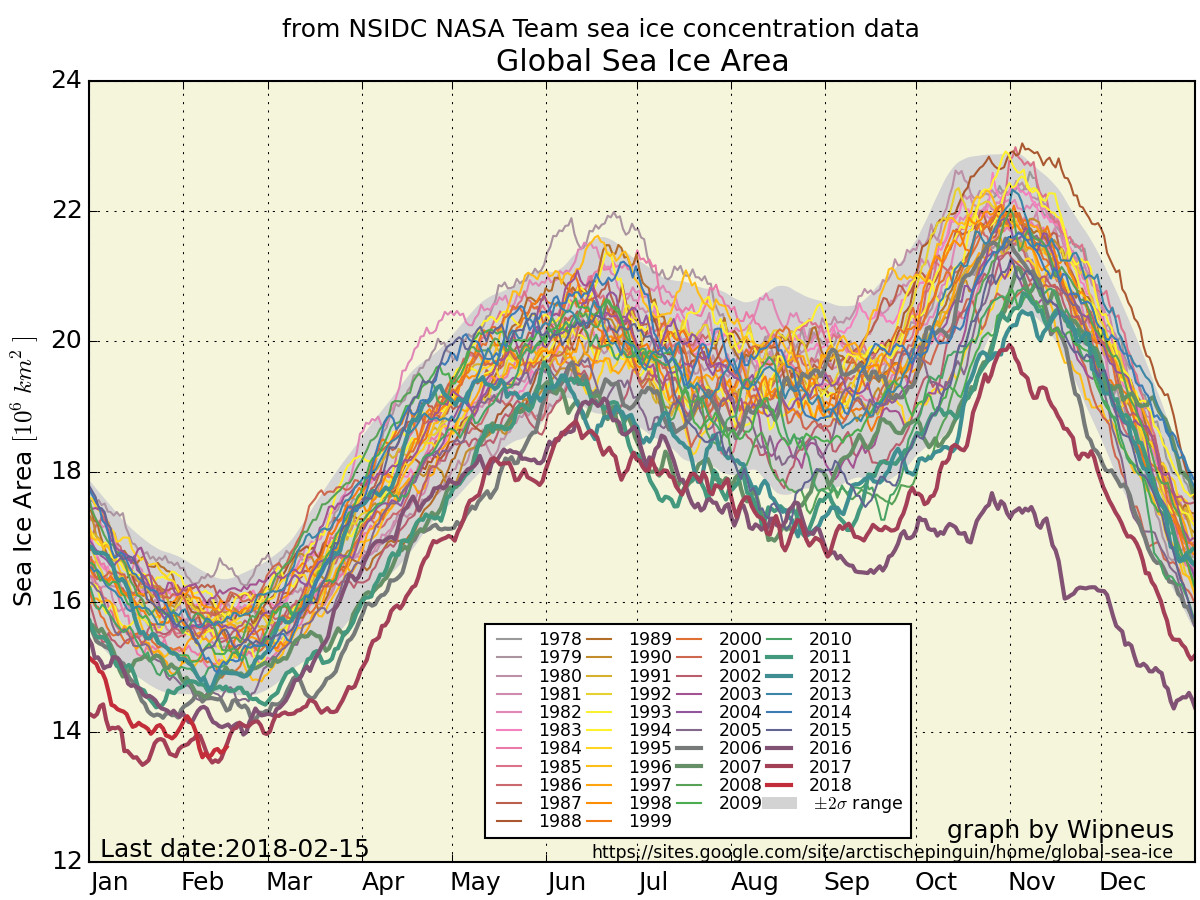 Sea ice melting does not contribute directly to sea-level rise. (Watch an ice cube melt in a glass of water. The water level won’t rise.)

But it’s better if sea ice stays frozen for a lot of reasons.

Many animals — including the polar bear — depend on the ice to survive. They hunt seals on the frozen ice, and have few food sources on land. (This wrenching National Geographic video of a starving polar bear really hits the impact of melting ice home.)

And changes in sea ice can lead to greater warming over all.

As the sea surface melts, it grows darker, which traps more heat, causing more melting. In 2017, Arctic sea surface temperature was 7.2 degrees Fahrenheit warmer than the 1982-2010 average in some areas, Osborne said.

Right next door to all that Arctic sea ice is the massive ice sheet sitting atop land in Greenland. When that ice heats up and melts, it flows off of the land into the ocean, which really does raise sea levels. Greenland's ice sheet is currently 1.9 miles thick and contains enough ice to raise global sea levels by about 25 feet in all. And that ice sheet is indeed shrinking.

Less ice also encourages increased economic activity in these once impassible seas, which then leads to further environmental disruption.

Most concerning, though: There’s no end for these trends in sight.