WHAT CLIMATE SCIENTISTS WANT YOU TO SEE IN THE FLOODWATERS... 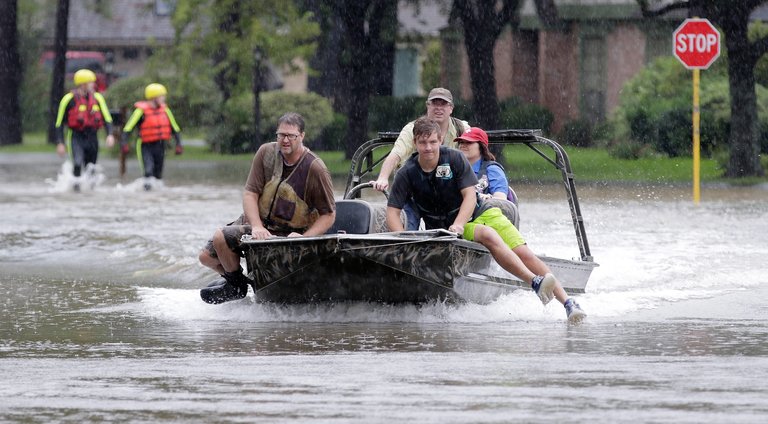 STANFORD, Calif. — Like most Americans this week, we have been transfixed by the still unfolding disaster in Houston and coastal Texas, described on the airwaves as “unprecedented” and “beyond anything experienced.”

If that wasn’t bad enough, on the other side of the globe, another climate-related calamity has been unfolding, though it has received less attention: the ongoing monsoon flooding in India, Bangladesh and Nepal that has killed more than 1,000 people and displaced millions. As in Houston, recovery there will take years. 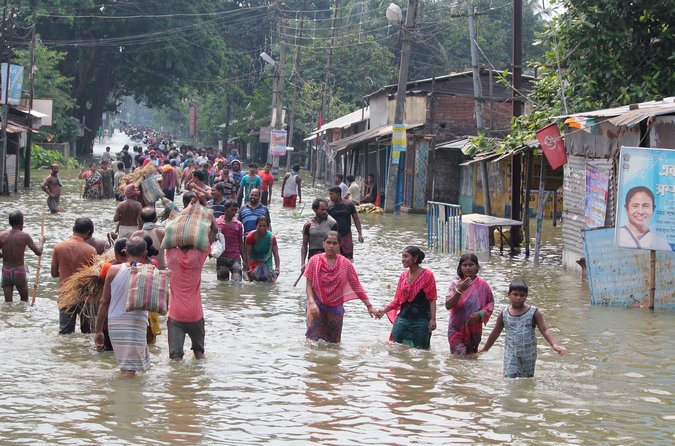 As scientists who study climate risks and how societies can respond, we have been jolted to think hard about our best understanding of why disasters like these occur, how a changing climate cranks up the odds and what we might do differently.

The answer, for scientists and everyone else who has been watching, is not to say definitively and dismissively, “This is the result of climate change” or “There’s nothing we can do.” It’s a chance to understand what is actually happening to the climate and all the ways human behavior leads to — and can mitigate — future disaster.

We start with two premises. Climate change doesn’t cause extreme events. It amplifies them. And in any weather-related calamity, our susceptibility to harm is, at its root, constructed by ourselves.

On the climate side of risk, we have unambiguous evidence that the hazards are changing. Our emissions of heat-trapping gases have already increased the likelihood and severity of heat waves, extreme rainfall and storm surges. Much of the world’s population occupies places susceptible to this kind of extreme weather that will increasingly be exacerbated by the changing climate.

Scientists can now even evaluate how much climate change has increased the odds of individual extreme events, including rainfall and flooding. In the weeks and months to come, we will surely see specific analyses of climate change’s role in the flooding in both Texas and South Asia. Put simply, a warmer atmosphere can hold more water, increasing the potential for heavy downpours. Storm surge now occurs on top of sea level rise, increasing flooding risk. And warmer oceans can produce more intense hurricanes, as has occurred in the North Atlantic and the Gulf.

Unprecedented is increasingly the norm. Without ambitious efforts to drive down global emissions, the changes will be stark, with up to eight feet of sea level rise possible this century. Even with stringent emissions reductions, some further warming is in the pipeline, carrying risks.

On the human side of risk, we should as a society embrace the fact that how and where we build our homes, plant our crops, construct our roads and bridges, and locate our schools and industries can provide resilience and safety rather than invite calamity. When rivers overtop their banks with floodwaters, for instance, does the water flow into wide-open flood plains and city streets with good drainage, or are those flood plains paved over and the drainage clogged? Consider that while the Texas Medical Center was able to maintain continuous care for its patients, thanks to dozens of floodgates and aboveground generators, the hospital became largely inaccessible when surrounding streets turned into rivers.

We don’t have to be sitting ducks. For the types of flooding seen this week, the options start with individual and collective actions that make us safer for tomorrow’s storm. To protect future generations as the climate changes, we also need to stretch to more challenging, longer-term efforts.

We can take actions today that will make us more prepared, no matter what tomorrow holds. People can elevate power outlets in their homes, know their evacuation zone and have an emergency plan. Buildings can be raised and designed to resist hurricane-force winds. Such methods are tested and known to save lives and money.

But even basic measures require commitment and foresight. In Florida, stringent building codes adopted after Hurricane Andrew are in danger of being weakened, which would make houses cheaper to build, yet vulnerable. As floods fade from memory, holding on to the lessons learned takes diligence when short-term gains push us in the other direction.

There are also ways we can better unleash market forces to shape who and what are exposed. One mechanism for doing so, the National Flood Insurance Program, is billions of dollars in debt and ripe for reform. Flood insurance premiums signal risk to potential homeowners and promote smart development, but they must reflect true risk to work. With rising seas and shifting rainfall, risk is a moving target. New York City took the unusual step of developing two flood risk maps, one for current sea levels and one for future sea levels. This kind of proactive thinking empowers households and businesses to be forward-looking, cognizant of changes to come.

Long-term climate change will necessitate more creative solutions. For example, one obvious yet controversial way to reduce risk is simply moving out of harm’s way. Hundreds of local governments in the United States, from Harris County, Tex., to Fairbanks, Alaska, have exercised this option already, buying up properties that have repeatedly been flooded and restoring the land to open space.

But because of sea level rise in this century, four million to 13 million Americans may be inundated, far beyond the capacity of current relocation programs. New approaches will be necessary. Norfolk, Va., particularly vulnerable to rising seas, has developed an end-of-the-century vision to target infrastructure investments with climate change in mind. Such long-range planning is needed to sustain vibrant, rich communities and economies for decades to come.

We are not completely at the whims of the weather. With available tools and an eye toward the future, we can limit the amount of climate change that occurs, minimize the risks that remain and build a resilient future.

Katharine Mach is a senior research scientist and director of the Stanford Environment Assessment Facility, and Miyuki Hino is a Ph.D. candidate in Stanford’s Emmett Interdisciplinary Program in Environment and Resources.