WHAT DOES THE PARIS AGREEMENT MEAN FOR THE WORLD'S OTHER 8 MILLION SPECIES? 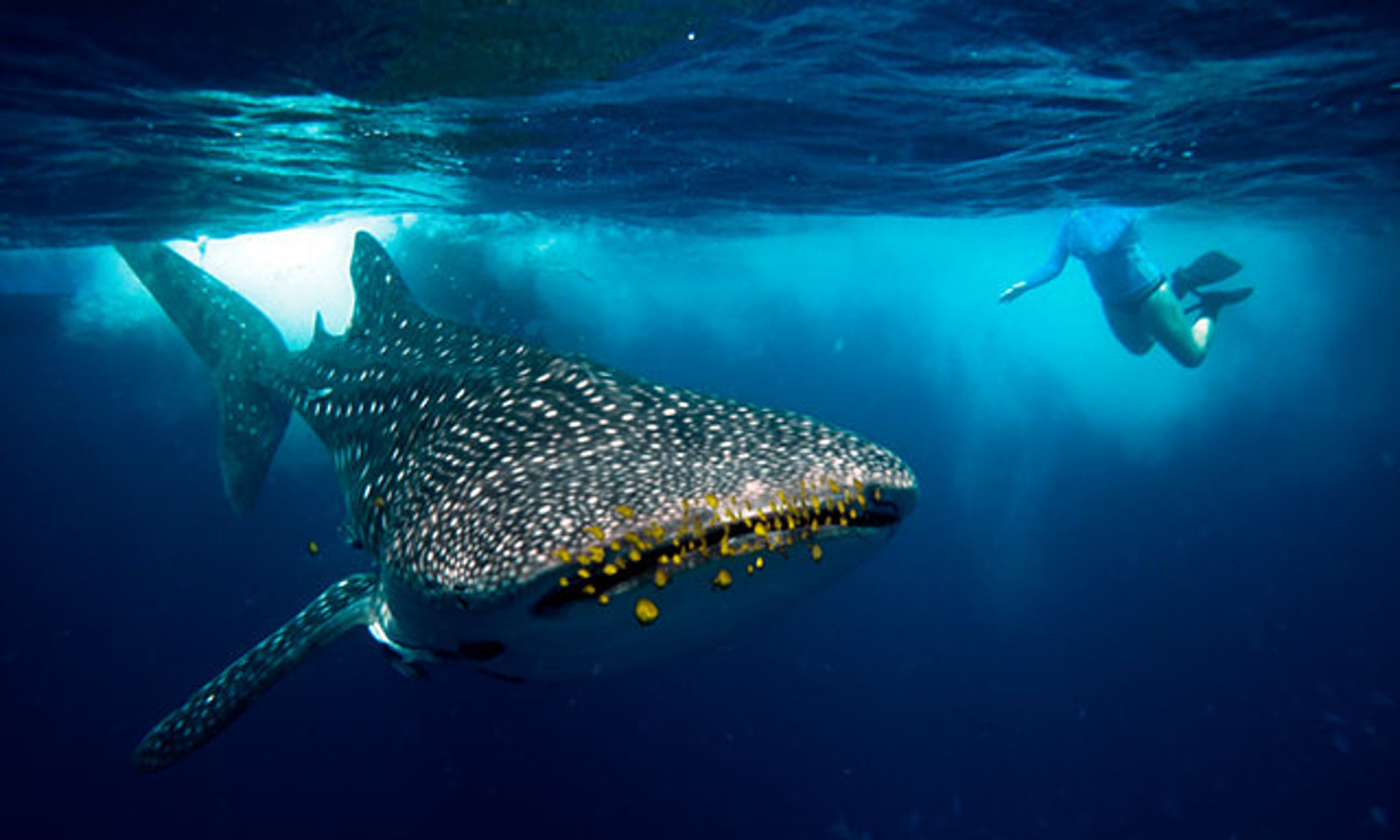 In December, the world’s nations agreed on an aggressive plan to combat climate change. But what, if anything, will the landmark Paris agreement do for thousands of species already under threat from global warming?

The word “biodiversity” is employed once in the Paris agreement’s 32 pages. “Forests” appears a few times, but “oceans”, like biodiversity, scores just a single appearance. There is no mention of extinction. Wildlife, coral reefs, birds, frogs, orchids, polar bears and pikas never show up anywhere in the document.

This is hardly surprising: the landmark agreement in Paris – the boldest yet to tackle climate change (which is saying something, but not nearly enough) – was contrived by one species for the benefit of one species. It was never meant to directly address the undeniable impacts of global warming on the world’s eight million or so other species – most of them still unnamed. But many experts say this doesn’t mean biodiversity won’t benefit from the agreement – especially if the 196 participants actually follow through on their plegdes and up their ambition quickly.

“[The agreement] is critical for people and it is critical for biodiversity,” said Edward Perry, Birdlife’s climate change policy coordinator, who dubbed the passage of the Paris agreement in December “monumental.” 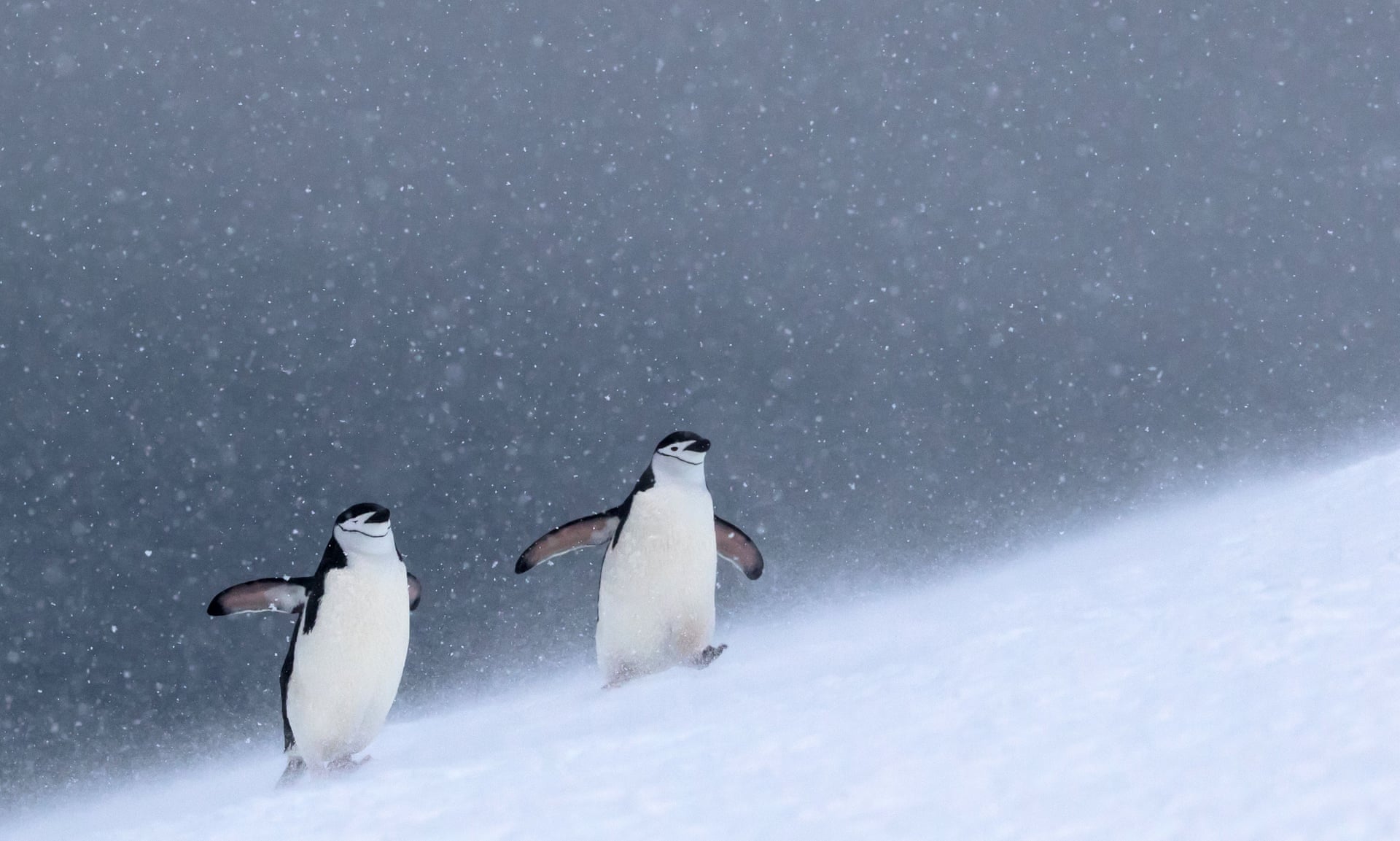 Most biodiversity experts concurred that the Paris agreement was an important step forward, but none thought it would be enough to counter the vast risks posed to biodiversity by global warming. Indeed a recent study in Science found that more than 5% of the world’s species will likely go extinct even if we manage to keep temperatures from rising more than 2C, the uppermost target outlined in Paris.

“[The Paris agreement] doesn’t go far enough, but that really misses the point,” said Nancy Knowlton, a coral reef expert with the Smithsonian Institution. “It moves us in the right direction, finally, and future efforts can be even more ambitious. To paraphrase Voltaire, we can’t let the perfect be the enemy of the good.”

Biodiversity in the oven

Scientists have identified thousands of species that have already been hit by global warming or will likely be in the near-future. For example, Edward Perry pointed to a recent scientific review by his organisation that found a quarter of the world’s most-researched birds have already been negatively impacted by climate impacts.

“According to climate projections, there will be more than twice as many losers than winners under climate change [for birds],” said Perry, who noted that, to date, scientist have pointed to 2,300 birds with traits that makes them “highly vulnerable” to global warming.

"What is pushing them over the edge now, I believe, is a perfect storm of lethal conditions" -Robin Moore

Already, climate change has disrupted some bird’s food sources, messed with the timing of fledgling and migrations, and shrunk the range of cold-loving species.

Birds are a good example of how climate change is already impacting wildlife because they are the best studied group on the planet. Yet, they aren’t the only ones feeling the heat. Climate change is also likely playing a role in the current amphibian crisis, which has seen around 200 amphibians vanish for good in recent decades.

“Pathogens are always smaller than their hosts, with faster metabolisms, and should therefore be able to acclimate more quickly to temperature shifts,” explained Moore. “This is a phenomenon that will not just affect amphibians!” 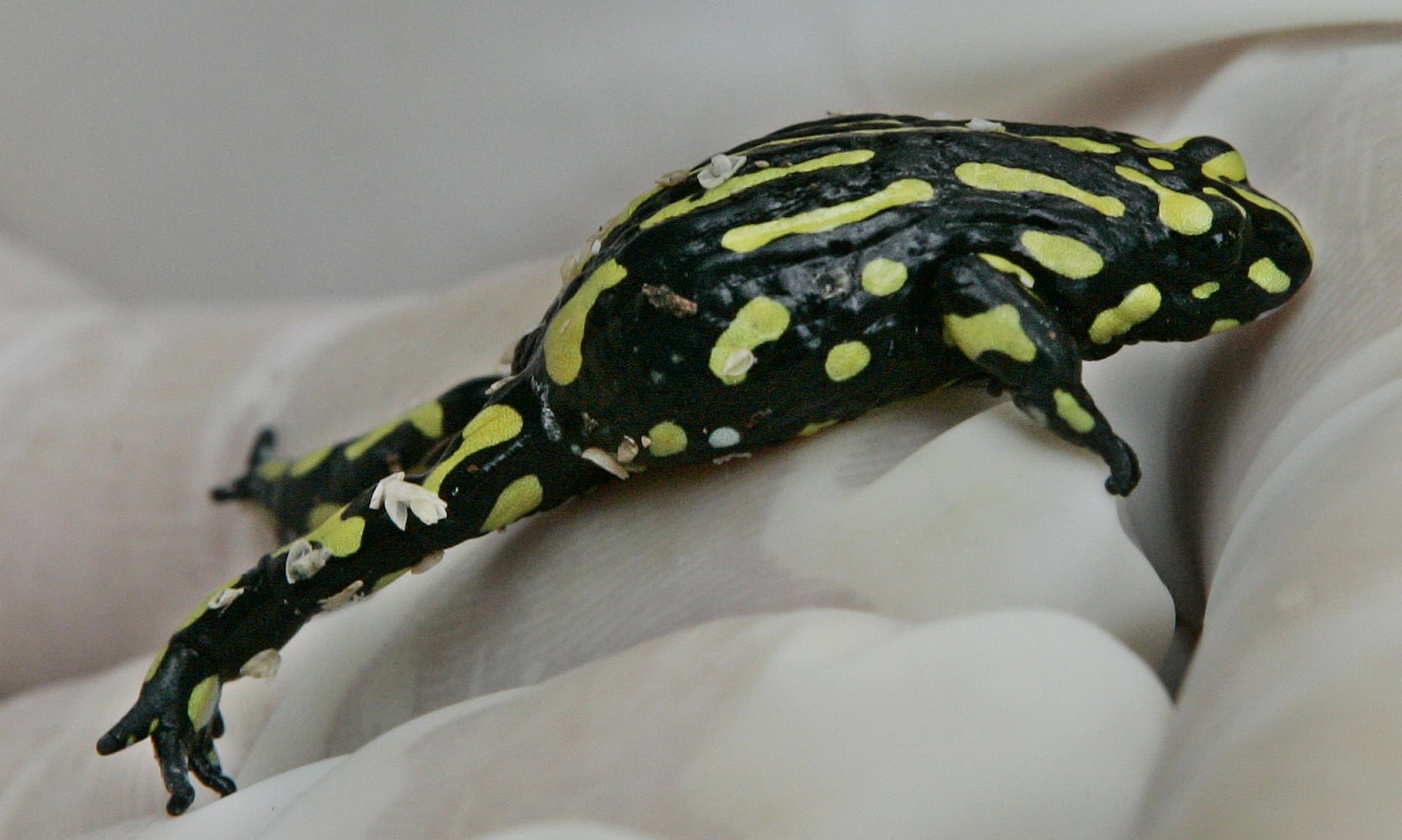 A southern Corroboree frog sits on the hand of Taronga zoo keeper Adam Skidmore in 2006. Once an abundant species, today it is listed as Critically Endangered due to the chytrid fungus, which may have been exacerbated by climate change. Photograph: Mark Baker/AP

“Amphibians have survived four mass extinctions associated with major climate disturbances. What is pushing them over the edge now, I believe, is a perfect storm of lethal conditions that we have created.”

Still, no one knows for certain how climate change will impact the majority of the world’s individual species, just as we don’t even know how many species share our planet (pegged at anywhere from 3 to 100 million, though a study in 2011 came up with an estimate of 8.7 million). But we can broaden our view. Just as there are some human communities living on the front lines of climate change – such as low-lying island states or drought-prone countries – there are also particular environments that scientists view as super vulnerable to climate change.

Coral reefs are considered one of the most biodiverse ecosystems on the planet, and the most species-rich in the oceans. Their counterpart on land may well be cloud forests, which are high-altitude forests often blanketed in clouds – and also ridiculously rich in biodiversity. Similarly, coral reefs and cloud forests occupy very small slices of the planet: cloud forests make up only around 1% of the world’s forests and coral reefs less than 1% of the ocean’s floor. And both are feeling the heat. 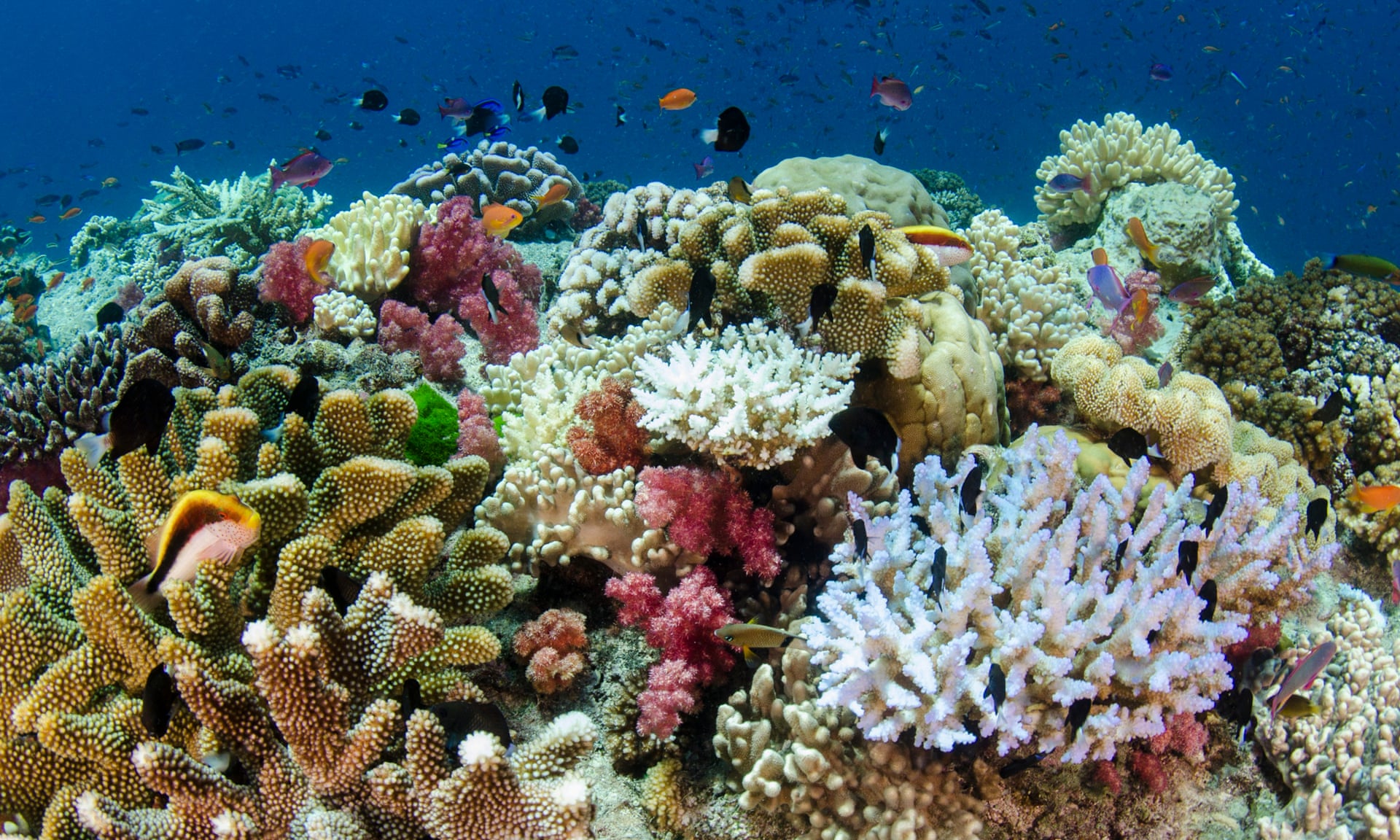 For reefs, Cinner said, the climate crisis “isn’t something off in the far-flung future. It has already happened, and will continue to happen.”

This year, record high temperatures driven by climate change – and exacerbated by El Niño – has led the National Oceanic and Atmospheric Administration (NOAA) to declare only the third global coral reef bleaching event on record. The key here is global: usually bleaching events are regional or localised.

When it comes to coral reefs, Cinner called the Paris agreement “a step in the right direction,” but also pointed out that even keeping temperatures below rising 1.5C – an aspirational goal in the Paris agreement – would not be enough to avoid further damage to the world’s reefs.

“It is important to understand that it is not like 2C, or even 1.5C, is a threshold whereby everything will be OK...The point is that even with a 1.5 degree rise, we are looking at very serious problems for many coral reefs.”

Amphibian-expert Moore agreed that there was significant uncertainty about biodiversity even with the 1.5 degrees goal in the Paris Agreement.

“It’s impossible to know what a world with temperatures 1.5C above pre-industrial levels will look like...but just talking about it ad nauseam is like debating who should call the fire department whilst watching your house burn down.”

Instead, he said, it’s time for action.

Cloud forests, like coral reefs, have evolved to survive within certain temperature gradients. Already, scientists have documented cloud forests literally migrating upslope to escape warming. But, according to David Lutz, a forest ecologist with Dartmouth, cloud forest species “do not appear to be migrating as fast as they need to be to keep up” with steadily rising temperatures. 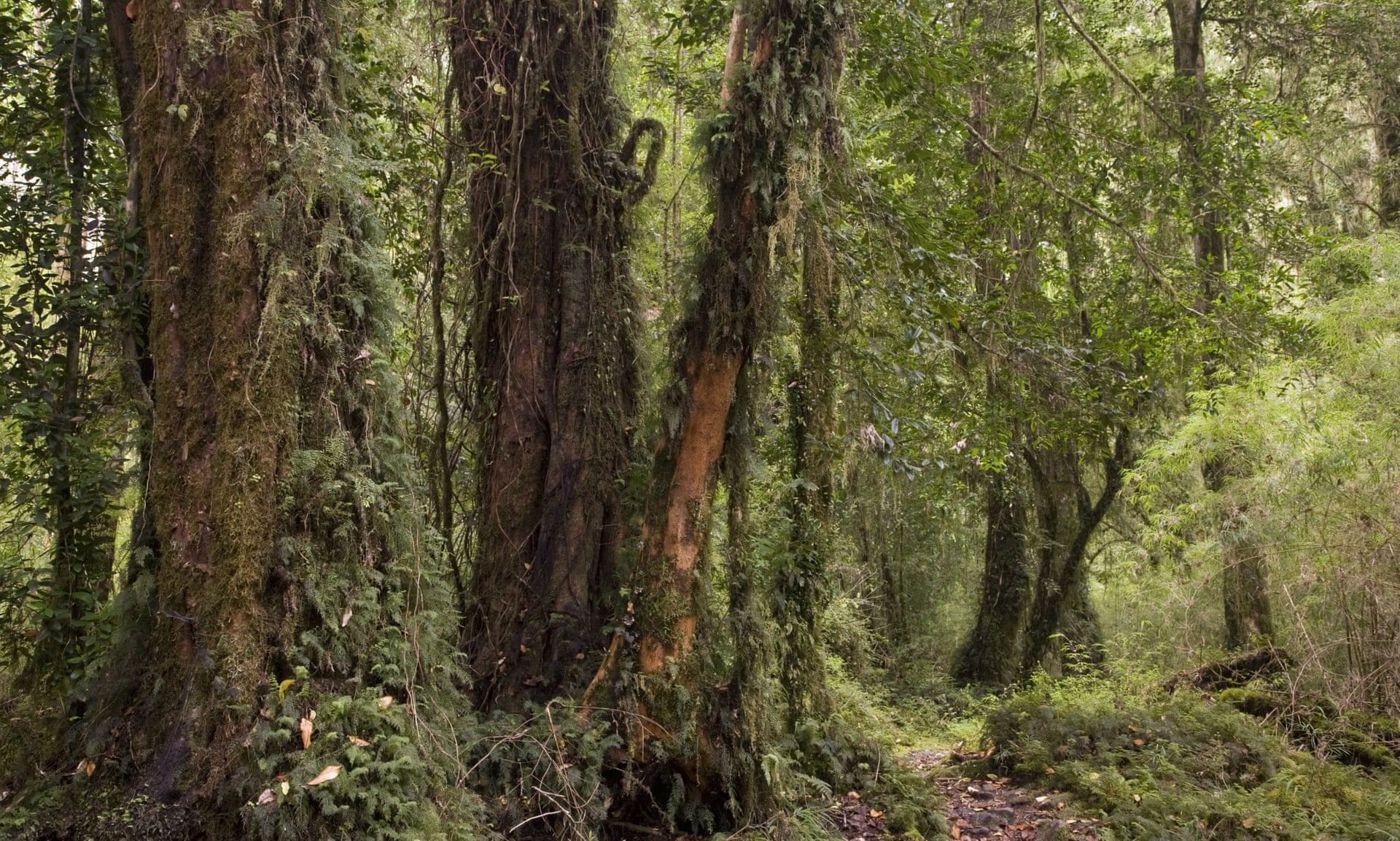 “As the world grows warmer – or as periodic heat waves become more fierce – these species literally have nowhere to go but heaven,” said William Laurance, a noted rainforest scientist with James Cook University. “I think we’ll lose more biodiversity from tropical mountains than anywhere else in the world.”

The situation becomes even more complicated by the fact that many of these forests won’t even be able to migrate as far as possible. Instead, as tree seedlings sprout upslope they will run into high-elevation cattle ranching, at least in the Andes.

“As trees attempt to migrate up into this grassland, they will be either eaten by cows, or burned when the pastures are intentionally burned to encourage grass growth,” said Lutz.

If strategies to allow cloud forest to migrate as far as possible aren’t developed many of them are likely to vanish, taking innumerable species found no-where else with them.

The Paris agreement noted “the importance of ensuring the integrity of all ecosystems, including oceans, and the protection of biodiversity,” but went into few details about how individual countries should, or even could, go about safeguarding imperiled species in the face of rising temperatures.

When social change happens it can happen very quickly – this is what gives me hope.

What the agreement did do, however, was acknowledge the importance of conservation in protecting carbon sinks, often referring specifically to forests.

Moore, who called this inclusion “particularly significant,” said “we cannot talk about addressing climate change without stemming the rampant loss of the world’s forests.”

Experts said they hoped the agreement would boost initiatives like REDD+ (Reducing Emissions from Deforestation and Forest Degradation), a UN programme that proposes to use funding from rich nations to pay developing countries to keep forests standing. Under negotiation for the better part of a decade, REDD+ projects are just beginning to launch – and the initiative made a number of important appearances at the Paris talks.

Prior to the meeting, the UK, Germany and Norway put down $5bn to reduce deforestation in the tropics, while African nations pledged to restore 100 million hectares of forest across the continent over the next 15 years. If done correctly – and with involvement by locals and indigenous groups – such programmes could go a long way toward preserving biodiversity on land.

But, some experts have become concerned not just about direct impacts on biodiversity from climate change, but how a warmer future could increasingly pit humans against wildlife.

He added that many of the big mammals that WWF focuses on “will be more affected by these indirect impacts from people than any direct impact of climate change.”

The international group is launching a crowdsource data campaign, WWF Climate Crowd, in order to better understand such threats. 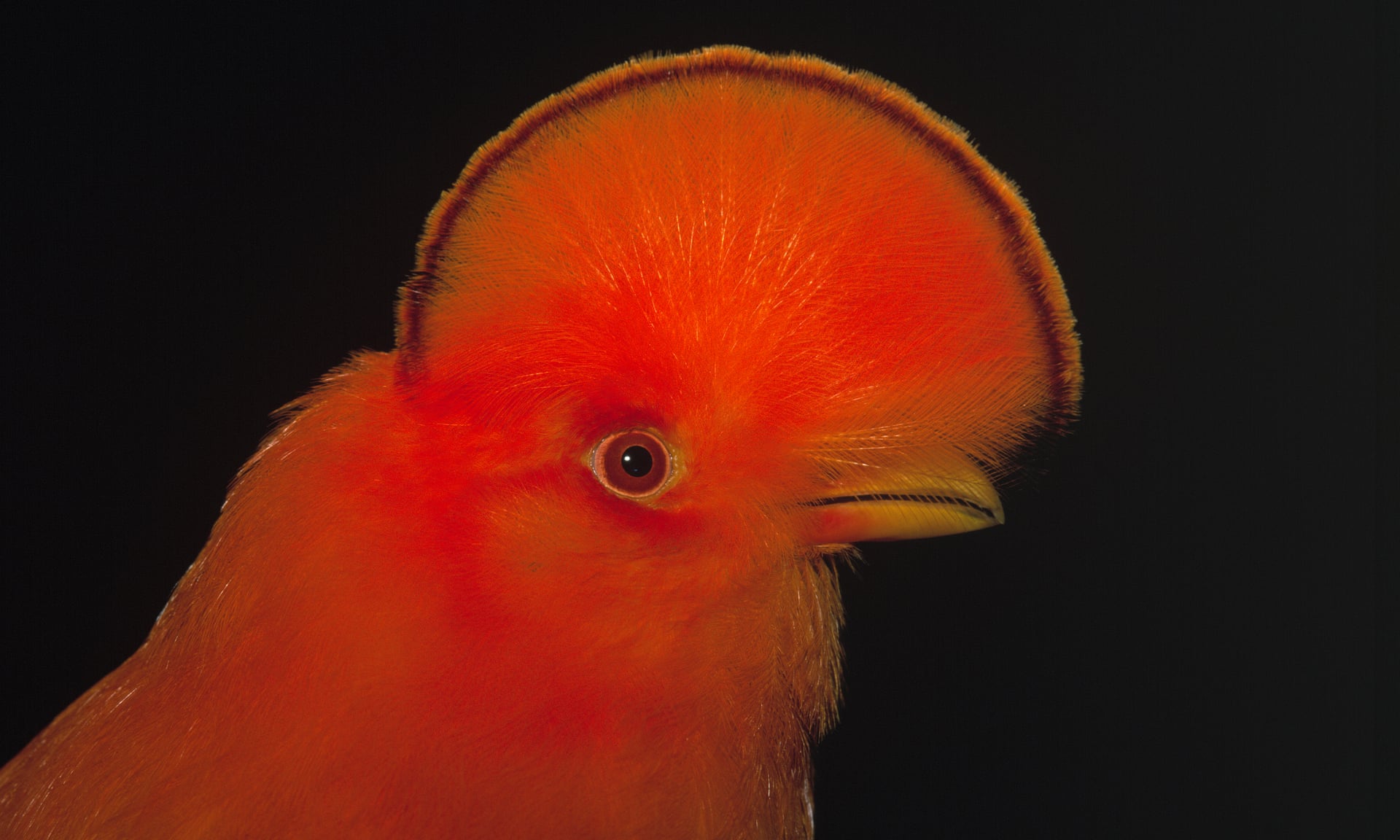 Climate change poses a unique difficulty to biologists as they have to cut through several layers of uncertainty to understand how biodiversity might respond in 10, 20 or even 100 years. But given the rising observable impacts on species – from Arctic ice melt to worsening forest fires to record droughts in the Amazon – the risks are impossible to ignore.

“I just can’t get past the nagging feeling that we’re putting off a lot of tough decisions,” said Laurance, who attended the talks in Paris and pointed to plans by India and China to keep building new coal-fired power plants despite the countries’ climate commitments.

“[We’re] essentially relying on our children and grandchildren to make even bigger sacrifices and bear heavier costs because we weren’t really willing to grapple with these issues ourselves.”

But Knowlton with the Smithsonian Institution is more optimistic.

“When social change happens it can happen very quickly – this is what gives me hope...Will climate change in ten years look like marriage equality today? I think so.”

The existence of thousands of species may well depend on it.