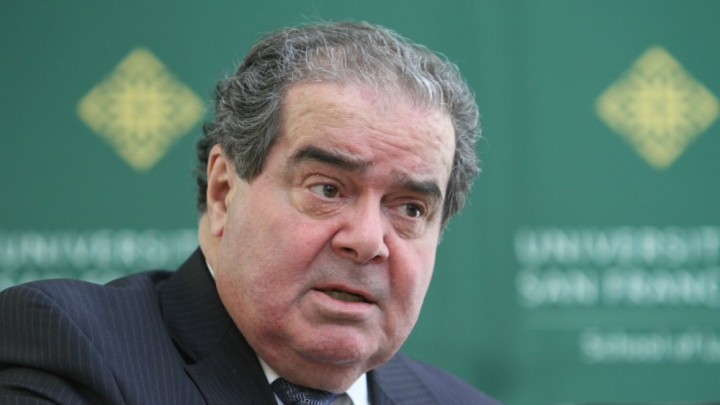 Just days after a U.S. Supreme Court ruling clouded the future of a new United Nations climate pact, the passing of one of its justices has boosted the pact's chances of succeeding...

Supreme Court justice Antonin Scalia died at a resort in Texas on Saturday. Scalia, 79, was the court’s conservative leader and his death means it is now more likely that key EPA rules that aim to curb climate pollution from the power industry will be upheld.

Here’s how the sudden shakeup of the court could affect global efforts to combat climate change.

What Does the Supreme Court Have to do with the U.N.?

Following decades of failed efforts to meaningfully regulate greenhouse gas pollution through the U.N., a new approach to tackling climate change was agreed to by international negotiators during December’s landmark meetings in Paris.

The cornerstone of the Obama administration’s pledge in Paris was the Clean Power Plan, designed to reduce carbon pollution from power plants. Importantly, the sweeping set of rules that the EPA finalized last year bypassed Congress, which is opposed to passing laws regulating greenhouse gas pollution.

But coal companies and some two dozen states have sued, arguing that the plan violates federal law. Their legal challenge is expected to eventually reach the Supreme Court.

The outcome of the lawsuit could affect the entire planet. The U.S. (along with China) is one of the two biggest greenhouse gas polluters, and American and Chinese commitments in Paris to reduce climate pollution in the years ahead — largely by reducing the use of heavily polluting coal — were critical to convincing other nations to do likewise.

The Paris agreement was struck during the hottest year on record. Rising levels of climate pollution have pushed temperatures up by about 1°C (nearly 2°F) on average and raised sea levels 8 inches since the 1800s. 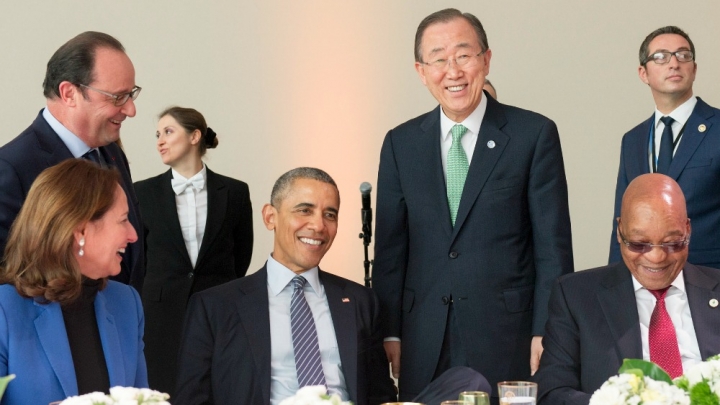 Pres. Obama with leaders from France, South Africa and the United Nations in Paris for a key round of climate meetings last year.
Credit: Rick Bajornas, UN/Flickr

How Could a Judge’s Death Affect Clean Power Plan Ruling?

Nominated by President Ronald Reagan, Scalia was a dependable vote against environmental regulations. He was expected to rule against the new EPA rules. But Scalia couldn’t do that singlehandedly — he was just one of nine justices.

Last week, Scalia and four other justices ruled to “stay” the Clean Power Plan while litigation moves forward. The 5-4 ruling effectively put a freeze on the new EPA rules while the lawsuit is heard by a federal appeals court in Washington, D.C.

That appeals court is a liberal one, and it’s expected (but not guaranteed) to uphold the new EPA rules, before routine appeals send the case to the Supreme Court.

Last week’s ruling suggested to many onlookers that the Supreme Court might make a similar ruling on the Clean Power Plan case, striking down the rules. If that happens, the U.S. would be left without a credible plan for fulfilling its pledge to reduce its climate pollution by a little more than a quarter in 2025 compared with 2005 levels.

The Paris Agreement is based heavily on trust. It relies on voluntary measures by governments working together to strive to reforest lands, reduce agricultural pollution and, most importantly, to replace energy from fossil fuels with cleaner alternatives. Because of that cooperative new approach to climate action, the effects of last week’s ruling were felt around the world.

Gambia environment minister Pa Ousman Jarju told ClimateWire that last week’s ruling was "a big setback” for the Paris agreement. Navroz Dubash, a senior fellow at the Center for Policy Research in India, told the New York Times that a Supreme Court ruling against the Clean Power Plan “could be the proverbial string which causes Paris to unravel.”

Because of its direct effects on America’s polluting electricity sector, and its indirect effects on other nations, the Clean Power Plan case could possibly shape the future of the planet, its weather and its shorelines.

The court is now down to eight justices. If the rulings from those justices on the legality of the Clean Power Plan match their rulings from last week, the outcome would be a 4-4 verdict. Such a scenario would uphold the looming ruling from the federal appeals court.

Might a New Justice Rule Against Clean Power Plan? 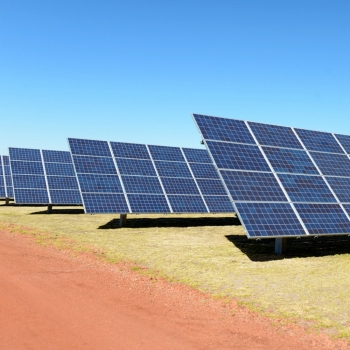 The Paris Agreement was designed to encourage the adoption of solar power and other types of clean energy.
Credit: Mexican presidency/Flickr

It’s the president’s job to nominate Supreme Court justices for any vacancies, and it’s the Senate’s job to vet and approve them. High-stakes wrangling over the appointment of the next justice will be a major focus of Obama’s final year as president.

Whatever the outcome, it’s unlikely that Obama would nominate a justice who would oppose his landmark climate rules.

“In the environmental realm, as in many others, a number of key Supreme Court decisions over the past decade or more have been 5-4 decisions,” said Robert Stavins, an expert on international climate diplomacy at Harvard University.

Unless approval of a new justice and a Supreme Court ruling on the Clean Power Plan are both delayed until a Republican becomes president, it seems unlikely that the nation’s new climate rules will be struck down.

“If the late Justice Scalia is replaced by an Obama appointee this year, or a Clinton or Sanders appointee after January 20th, the implications will be profound,” Stavins said. “An obvious example is the litigation regarding the Clean Power Plan.”

It won’t be clear for many years yet what effect the Paris Agreement will have on global warming.

But Scalia’s passing means the pact seems safer now than was the case just several days ago.