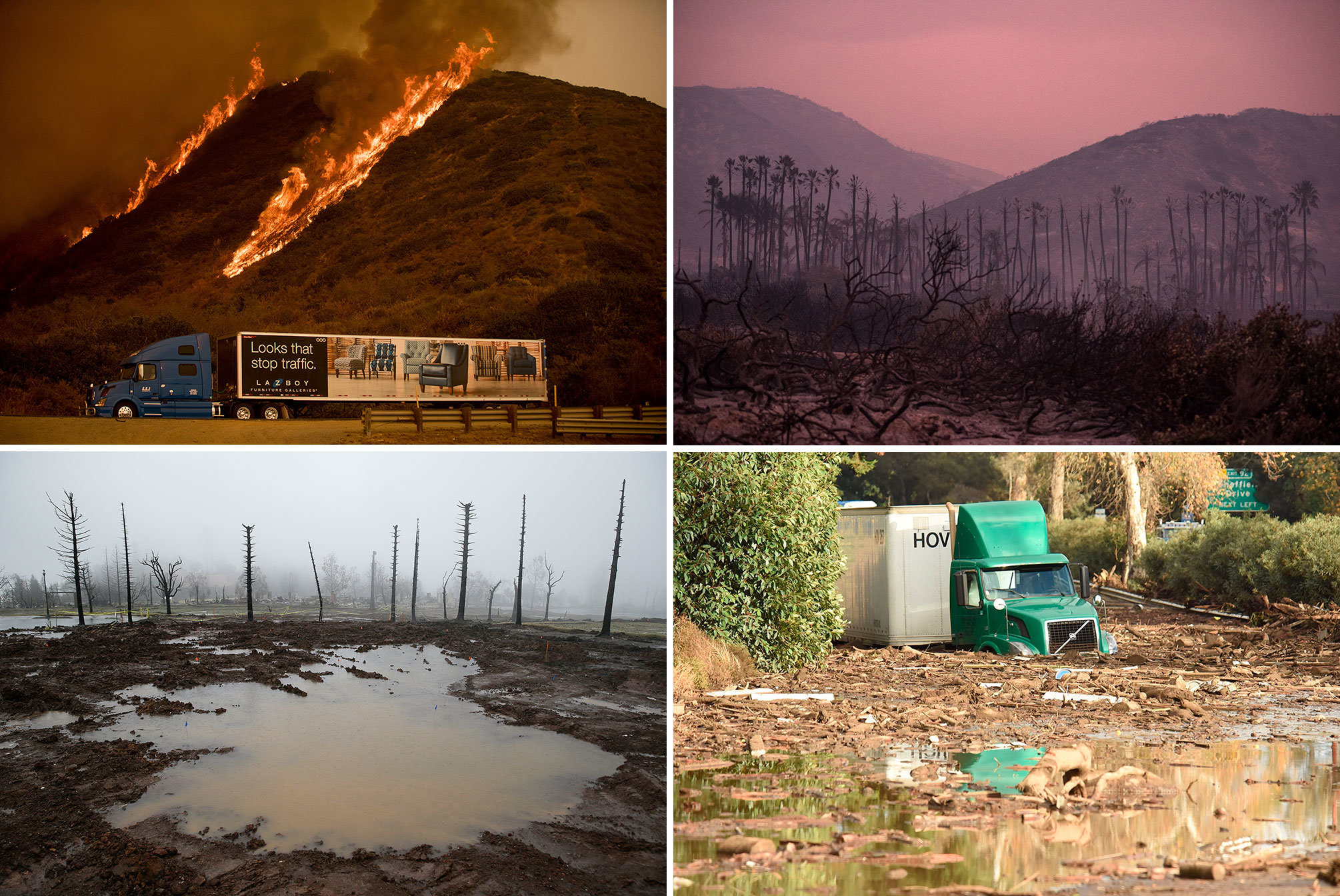 This week, we’re looking at the causes behind California’s mudslides; why coal and nuclear power are fighting for survival; and the Trump administration’s effort to delete “climate change.”

If, as some scientists think, climate change may make for more frequent severe wildfire seasons in California, it may lead to more deadly mudslides as well.

That’s because in California, as in other fire-prone regions, fires and mudslides are inextricably linked.

The connection was demonstrated again this week, when, following recent devastating fires, California was hit by torrential rainfall.

The rains, as much as an inch an hour in some places, caused mudslides on steep denuded slopes that destroyed homes and killed more than a dozen people.

Burned slopes are susceptible to mudslides, also known as debris flows, because of what fire does to soil. Especially hot fires change the soil’s structure, making it repel water more easily. That means less rainfall is absorbed and more runs off.

In a heavy rain, the extra runoff can be overwhelming, picking up loose soil, dead vegetation and rocks of all sizes as it heads downhill.

A typical debris flow begins with several of these smaller flows at various points on a slope, said Jonathan W. Godt, a landslide expert with the United States Geological Survey. The separate flows eventually converge at a streambed, and the resulting sludge of water, mud, rocks and vegetation, flowing rapidly downstream, can cause destruction and loss of life.

I had the chance to see the effects of fire on soil back in 2009 in the rugged hills above Santa Barbara. I spent a day with two scientists with the geological survey who lugged their gear down a steep hillside that was still covered in ash from a wildfire four months before.

Their goal was to set up instruments to measure runoff when the rains inevitably came, part of a program to improve understanding of mudslide hazards.

The work was fascinating, and backbreaking, and I learned a lot that day. But for me the most intriguing thing was the quick demonstration that one of the researchers did to show me how the soil had changed. You can read about it in the first few paragraphs of this story.