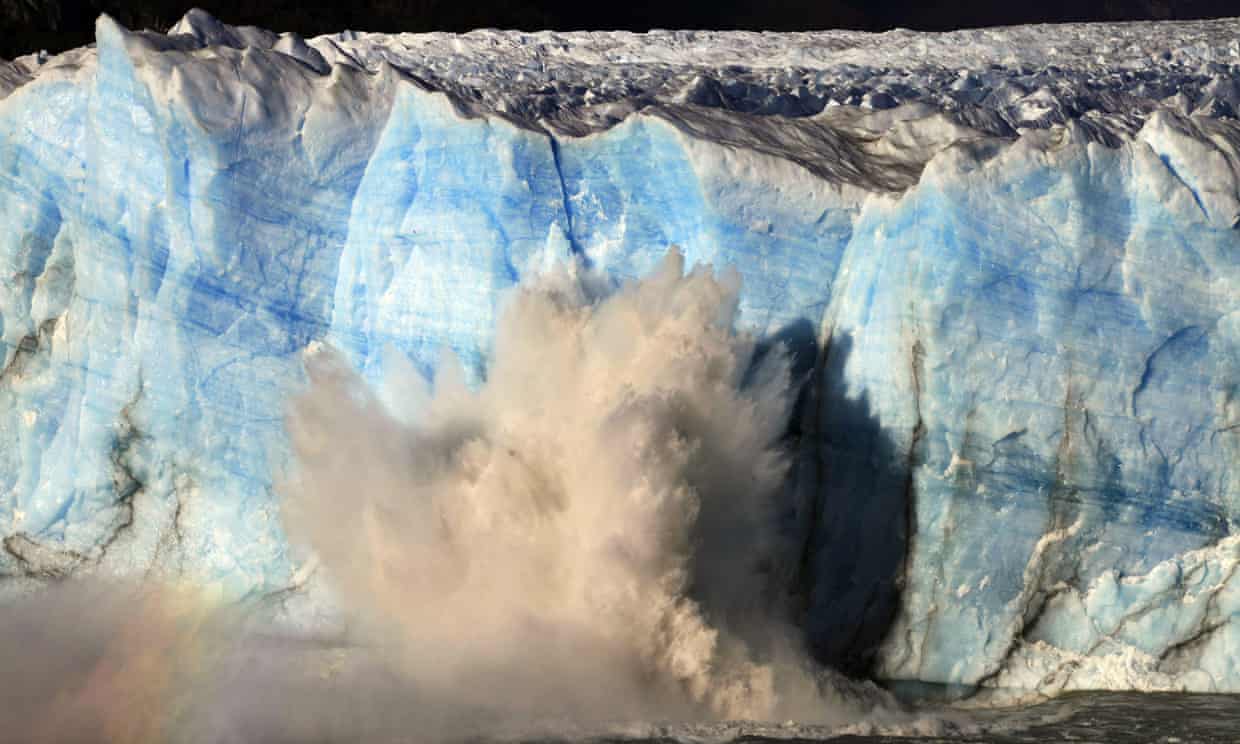 The Perito Moreno glacier in Los Glaciares national park, southern Argentina, breaks. ‘It seems the hope and fear camps of the climate debate are each seeing only part of the puzzle.’ Photograph: Ariel Molina/EPA

Communication is everything when it comes to the climate change debate – and there isn’t just one way to speak to people’s emotions...

There’s a debate in climate circles about whether you should try to scare the living daylights out of people, or give them hope – think images of starving polar bears on melting ice caps on the one hand, and happy families on their bikes lined with flowers and solar-powered lights on the other.

The debate came to something of a head this year, after David Wallace-Wells lit up the internet with his 7,000-word, worst-case scenario published in New York magazine. It went viral almost instantly, and soon was the best-read story in the magazine’s history. A writer in Slate called it “the Silent Spring of our time”. But it also garnered tremendous criticism and from more than the usual denier set.

Beyond quibbles with the science, critics including the illustrious climate scientist Michael Mann took issue with the piece’s “doomist framing” because, as he wrote at the time, there’s “a danger in overstating the science in a way that presents the problem as unsolvable, and feeds a sense of doom, inevitability and hopelessness”. 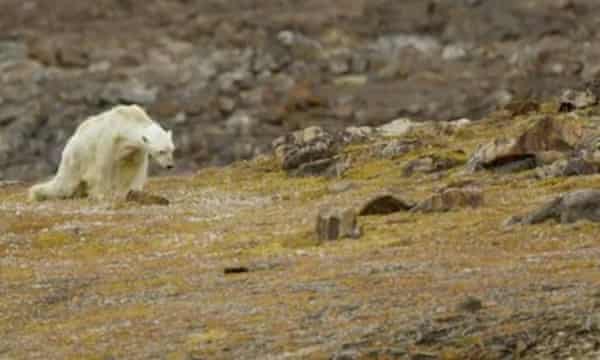 But others say scaring people is the only way to make them care. Perhaps the most famous purveyor of climate scare tactics is Guy McPherson. Described by the New York Times as an “apocalyptic ecologist”, McPherson’s doomsday theory of “near-term extinction” has attracted something of a following. McPherson wrote on his website, which includes links to suicide hotlines, that the David Wallace-Wells piece “largely captures my message”.

"Rather than treat emotions as levers to be pulled, they should be seen as part of a dynamic interplay"

Both sides are wrong, from a psychological standpoint. Emotions are complicated and can vary tremendously from person to person. Trying to crudely manipulate them doesn’t work.

That’s the conclusion from behavioral scientists at the University of Massachusetts-Amherst, Daniel Chapman, Brian Lickel and Ezra Markowitz, who, in a recent paper published in Nature Climate Change, seek to bring the lessons of psychology to bear on communicating the importance climate change.

To attempt to either scare or inspire people “simultaneously oversimplifies the rich base of research on emotion while overcomplicating the very real communications challenge advocates face by demanding that each message have the right ‘emotional recipe’ to maximize effectiveness”, they write.

Climate experts, after all, are not experts on human behavior and the people who are say there are better ways to communicate the climate problem. Rather than treat emotions as levers to be pulled for a desired effect, they should be seen as part of a dynamic interplay among factors that shape our behavior, exquisitely specific to the human being inhabiting them.

What’s more, since the vast majority of us are not very good at getting people to feel the way we want them to based on the words coming out of our mouths alone, the best approach, it would seem, is one of humility – that is, to spend more time listening, and also, to know our own limits.

“Practitioners in different fields have varying perspectives on the issue,” Chapman told me. “In general, I think we need researchers and practitioners attending in an honest way to what research does and does not tell us about how to engage the public with climate change.”

For those intent on communicating climate change in psychologically adept ways, there are some takeaways from the science.

For instance, though we’ve been conditioned to think of anger as an undesirable emotion, research has shown it to be an important emotion for motivating action in the face of social injustice. And the pairing of certain feelings, like fear and efficacy, can be helpful too.

Like a patient who’s given both a diagnosis and a course of treatment, people respond better to risks when given both a reason and a way to act. In this sense, it seems the hope and fear camps of the climate debate are each seeing only part of the puzzle.

But even in places where the science is relatively strong, researchers caution against simplistic applications. Rote formulas like “three parts hope to one part scary” won’t translate from one person to another. Indeed, to use such information responsibly requires, if not some level of sophistication, then at least considerable forethought, as well as a concerted, ongoing effort to meet people where they are.

That means, above all, knowing your audience and what’s relevant to them. Are they considering chopping down a nearby forest or putting their houses up on stilts? Do they need to rebuild or relocate? Parsing people’s needs and sensitivities is critical in any form of communication, but particularly when it comes to talking about climate science, with its great technical complexity, profound personal impact, and tremendous political polarization.

Checkmate: how do climate science deniers' predictions stack up?

Above all, it means remembering that climate change is a very big story. It isn’t monolithic, and communication of it looks like many things – be it climate scientists talking to lay-people or Leonardo DiCaprio making a movie.

• Lucia Graves is a Guardian US columnist