WHO OWNS THE WIND? WE DO, WYOMING SAYS, AND IT'S TAXING THOSE WHO USE IT... 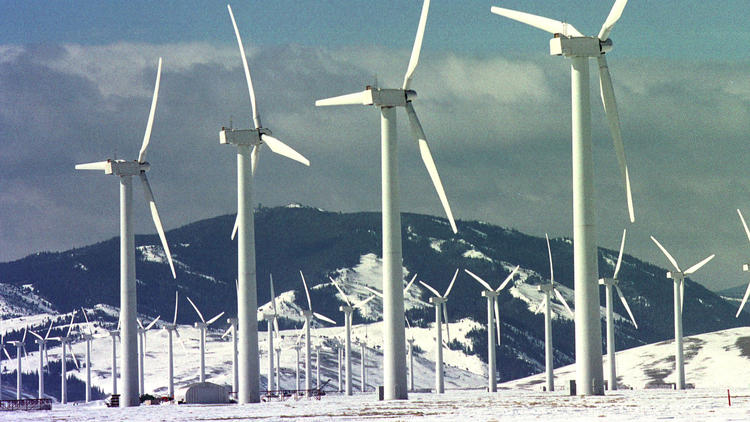 Who owns the wind???

Not long after it became clear that the robust winds that blow down from the Rocky Mountains and across the sea of sagebrush here could produce plenty of profit in a world that wants more renewable energy, some of the more expansive minds in the Wyoming Legislature began entertaining a lofty question:

Who owns all of that wind?

They concluded, quickly and conveniently, that Wyoming did.

Then, with great efficiency for a conservative state not traditionally tilted toward burdening the energy industry, they did something no other state has done, before or since: They taxed it.

In the four years since Wyoming began taxing power generated by wind turbines, it has collected a little less than $15 million in revenue.

No, that is not much money in a resource state rocked by the simultaneous decline in the prices of coal, oil and natural gas, a state trying to close a budget gap that could reach $500 million.

But now, as one of the world’s largest wind farms is about to begin construction here on a project aimed at providing clean electricity to nearly a million homes in California and the Southwest — potentially transforming this fossil fuel state into a major player in renewables — some powerful state lawmakers are looking to raise those taxes.

And some in the wind industry, which has long benefited from incentives and subsidies, say they are worried. The company that has spent nine years trying to build the wind project says higher taxes could further delay or even halt the plan.

“Just about every legislator we’ve met with asks us, ‘You tell us how much we can tax you before we put you out of business,’” said Bill Miller, chief executive of the Power Co. of Wyoming, which is planning the wind farm. “I just shake my head and say, ‘Zero.’”

He said the state was at risk of “taxing this project out of existence.” 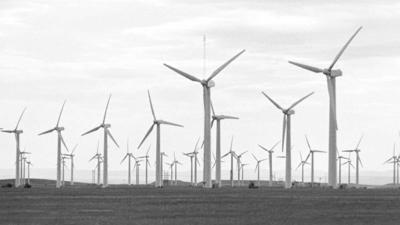 Miller and others note that other states are offering incentives, and that new technology is helping states with even less wind glean more electricity from it. Wyoming, they say, is in no position to impose new taxes that could make it less competitive.

In their view, the tax increase is more about politics — Wyoming lashing out at clean energy as payback for federal policy aimed at scaling back the coal industry on which the state has always relied.

Supporters of the tax increase say that the company is posturing — that Wyoming’s abundant winds are the renewable equivalent of its high-quality Powder River Basin coal. They point to studies showing that Wyoming eventually could provide half of the wind power in the nation, but they also emphasize that it likely will not provide anywhere near the jobs and other benefits fossil fuels have. Fully built out, the project called the Chokecherry and Sierra Madre would create fewer than 150 jobs.

They also say Wyoming doesn’t necessarily need clean energy, much less the turbines that harness it. Giant towers would line the horizon for decades to come, altering the state’s wide-open spaces more fundamentally than drilling rigs or even vast surface coal mines.

California is indeed the “primary market” for the Chokecherry and Sierra Madre project, Miller said. California, which does not provide state tax incentives for wind but also does not tax wind generation, has committed to producing half of its electricity from renewable sources by 2030, with the bulk of that expected to come from wind and solar power. Last year, turbines on large wind facilities provided 6% of the state’s gross system power, according to the California Energy Commission.

The Wyoming project includes a major transmission line that would be built specifically to transport its energy to California and the Southwest. Yet Miller said his company does not have a power purchase agreement in place with California or other locations, in part because of the uncertainty created by the potential tax increase.

What a new tax might look like is unclear. The current code requires wind farms to pay $1 per megawatt-hour produced. That has brought in about $4 million in annual revenue in the last few years. If the Chokecherry and Sierra Madre project is built to its 3,000-megawatt capacity, revenue could triple even under the existing tax.

In May, the joint interim revenue committee asked legislative staff to draft two bills for them to consider at their meeting next month. One would raise the production tax to an unspecified level. The other would try to get wind companies to pass on the savings they receive from federal subsidies.

The latter idea is especially frustrating to supporters of the project, but Miller may have helped inspire it earlier this year when he said publicly that Chokecherry and Sierra Madre did not need the federal tax credit to be competitive. In an interview this week, Miller said he made that claim based on the presumption that the tax scheme in Wyoming would not change.

“We thought we had a fixed set of rules,” he said.

In addition to his work as CEO of the Power Co. of Wyoming, Miller also heads Transwest, which would build the new transmission line. Both are subsidiaries of the Anschutz Corp., which long has been involved in fossil fuels and owns Staples Center in Los Angeles. It is led by Philip Anschutz, a major donor to Republican candidates and conservative causes.

Miller and his colleagues have begun an assertive effort to sway local governments and the state’s business community against a higher tax. They have drafted reports showing how much tax revenue their project will generate — nearly $1 billion over 20 years under current law. Several groups have lined up behind them.

Ray Peterson, a contractor who hopes his rig company will get work with the new wind project, wrote to the revenue committee this month to oppose any move to raise taxes further.

“We expected the Obama Administration to wage war on coal and oil as they promised,” he wrote. “What is most alarming, and completely unexpected, is realizing Wyoming state officials are willing to threaten killing the creation of new business, much needed jobs, a generous amount of tax revenue and diversification of our state’s energy dependent economy to wage war on renewable energy sources.”

Miller has met with lawmakers and Gov. Matt Mead, who has not taken a position on the proposal.

“I asked the governor if he would veto this; he would not answer me,” Miller said.

In an interview, the Republican governor said state law prevents him from threatening vetoes, but he suggested he was wary of raising taxes on wind.

He noted more than once that Anschutz expected to invest as much as $8 billion in the project, including the wind farm and transmission line, though not all of it would be spent in Wyoming.

“That’s going to put a lot of contractors to work, and it’s certainly going to help the local communities and the state,” Mead said. “We certainly agree that every industry should pay its fair taxes, but Wyoming, now and historically, has prided itself on being very business-friendly, including fewer regulations and low taxes.”

He added, speaking of Anschutz, “For them to get their power purchasing agreements with states like California, for example, there has to be predictability and certainty of what taxes have to be paid. So I think we as a state need to be very thoughtful and cautious on this approach on new taxes.”

No major wind projects have been constructed since the tax took effect in 2012. 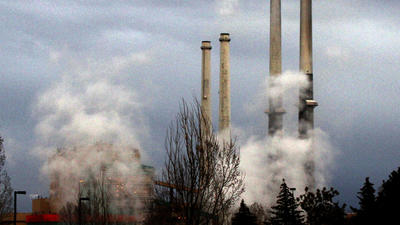 Coal represents the polluted past -- except in the interior West

Robert Godby, the director for the Center for Energy, Economics and Public Policy at the University of Wyoming in Laramie, outlined several possible explanations for the stall, including a lack of transmission capacity to get the power to market, but he said it was hard not to conclude that the uncertainty created by the tax has played a role.

Godby said the real issue Wyoming faces is much broader than how much to tax the wind. For too long, he said, the state has relied too heavily on revenue from fossil fuels. It needs to diversify and, even more daunting, to reconsider its tax code. The state has no income tax and still allows some industries to avoid sales tax.

Here in Rawlins, the seat of Carbon County, a name that now seems plenty ironic, local leaders support the wind project, but not the idea of taxing it further.

“Wyoming is a boom-and-bust state, but it’s not really because of energy prices,” said Sid Fox, the county planning director. “It’s because of our tax policy. If the state can figure that out, that might be the shining light out of this.”

Coal represents the polluted past — except in the interior West