WHY IS THE WORLD BANK BACKING COAL POWER IN EUROPE'S YOUNGEST COUNTRY? 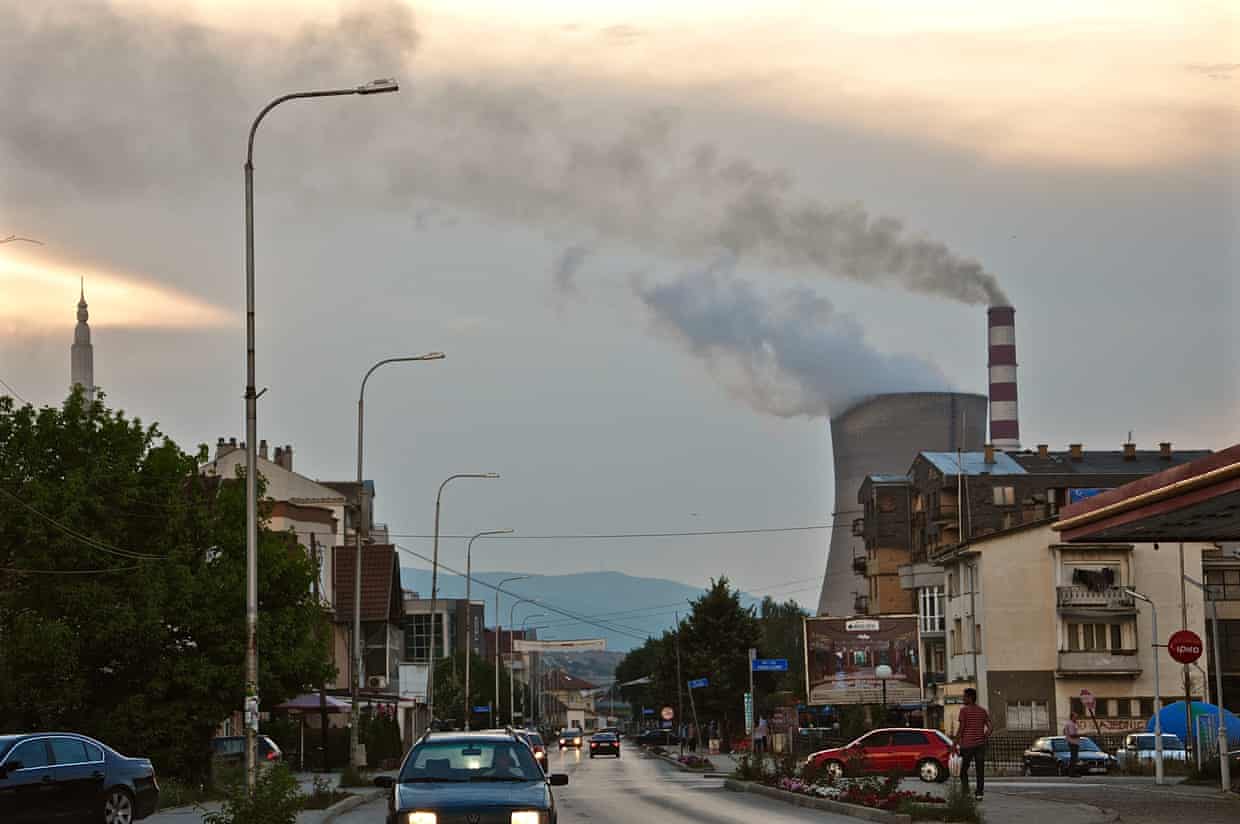 Obilić, 5km outside the Kosovan capital Pristina, is surrounded on three sides by two Tito-era coal power plants and a coal mine. It has some of the worst air pollution in Europe. Photograph: Karl Mathiesen

The World Bank is poised to support a new coal plant that would modernize Kosovo’s creaking energy infrastructure, but also lock the young nation into a future powered by a regressive fossil fuel...

In the early days of December 2015, as the Paris climate talks veered off course and off schedule, the US secretary of state John Kerry left his team of negotiators and flew to Kosovo to voice his support for a proposed US-built, World Bank-sponsored coal power station.

Speaking alongside the prime minister, Isa Mustafa, Kerry told reporters at Pristina airport that the Kosovo e re (New Kosovo) plant would help the tiny, impoverished country do “its part to contribute to this global effort of nations who are committed to dealing with climate change” by replacing an extremely high-polluting cold war-era power plant. Kerry then returned to Paris and helped land a deal intended to bring the fossil fuel era to an end.

While many countries, including the US, continue to build coal plants at home, the fuel is increasingly a pariah in the world of development finance. Both the US and the World Bank have limited international finance for new coal power to exceptional circumstances – so rare that Kosovo’s is the only coal plant being considered for World Bank support anywhere on Earth.

Despite this, Kosovan government officials are confident they will receive final approval from the World Bank when the project goes before its board, likely later this year. Strong advocacy is expected from the US delegation.

“I don’t think any of our partners wants to put at risk the future of our country,” says Kosovo’s minister for economic development, Blerand Stavileci.

There is little argument that Kosovo’s emergence as a nation – it is still only recognised by 111 of 193 UN member states – is being stunted by an electricity system that is 97% reliant on two creaking coal plants that are 46 and 35 years old. Kosovo has the fifth biggest lignite reserves on Earth. Locals call this brown, crumbly mineral “ari i zi” – black gold.

Despite the profusion of fuel, blackouts are common. Irregular supply causes private sector losses of €300m (£251m) every year, according to Stavileci. 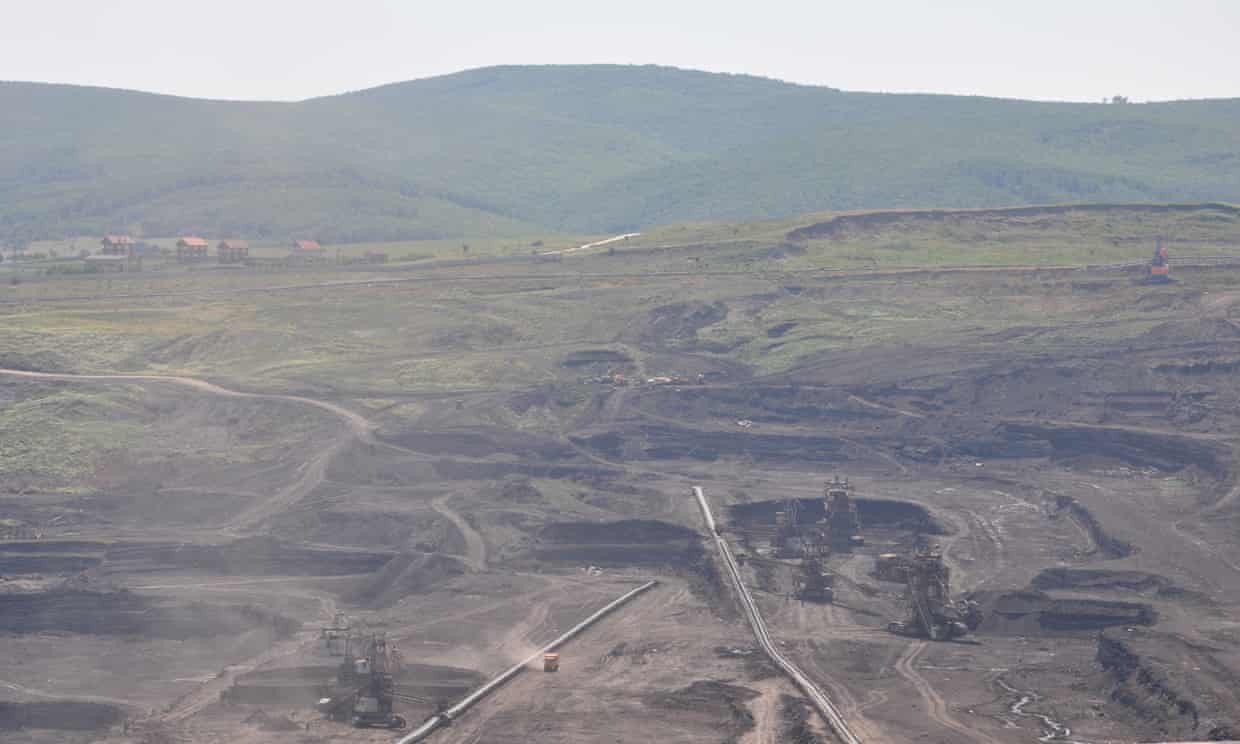 Sibovc coal mine is reported to have reserves of more than 1bn tonnes of lignite – the dirtiest form of coal. The mines will need to be expanded if the new plant is built, putting thousands of homes at risk in the surrounding villages. Photograph: Karl Mathiesen

In his offices in the capital Pristina, the lights flicker out as Petrit Selimi makes his case for the plant. The deputy foreign minister rolls his eyes at the dim fluorescent tubes overhead.

“Kosovo is a country which has been both blessed and cursed by the fact that it is abundant in coal,” he says. “It’s a dirty word, it’s a dirty technology. But right now we are dependent on the dirtiest of them all. A very old Soviet type of technology.”

Kosovo’s years of war and repression have left the country and its international partners with an invidious choice. The new plant will lock the world’s second youngest country into a future powered by lignite – the dirtiest form of coal.

The €1bn-plus project has had a tortured and opaque 11-year tender process, which ended with a single US company bidding for the operating contract.

But the country does not generate the electricity it needs. The EU and Kosovo have agreed that the existing 350MW Kosovo A plant will be decommissioned in 2017 in order to reduce chronically bad air pollution. But no one inside or outside the government believes this will happen until something is done to fill the energy gap that will be left.

A 2011 World Bank report concluded that Kosovo’s growing energy demand could only be fulfilled cost-effectively by new coal. The country is bypassed by the great gas pipelines that flow into Europe from Azerbaijan, Russia and north Africa.

Prof Wladyslaw Mielczarski, one of the independent reviewers of the report, told the Guardian that even though prices for wind and solar have since decreased rapidly, “very little has changed” and coal remains the only realistic option for Kosovo.

But critics from Kosid, a local civil society alliance, have attacked the report for failing to properly consider renewable alternatives and underestimating the savings to be made from fixing the recently privatised and desperately inefficient distribution network, from which roughly 40% of electricity is lost or stolen. Research from the University of California laid out an approach that retains a single refurbished coal plant and rapidly expands the renewable energy sector. The study found this would not only be better for the environment, it would also be cheaper.

These arguments have fallen on deaf ears at the World Bank’s Kosovo branch, which has long been a champion of the project. A US diplomatic cable released by WikiLeaks describes a meeting in 2006 between the bank’s country manager and Kosovo’s then-energy and mining minster during which the bank made it clear it was behind the project. After the two shook hands, the minister brought out champagne.

Since then, the bank has aggressively pursued completion of the plant. After Kosovan elections in 2014, a leaked email written by a World Bank employee explained the need to “educate” the new administration on how to handle a single-bidder procurement process without falling foul of the law. It added that US government representatives within the country were strongly allied to the project and that domestic US political concerns about backing coal would be massaged by the fact that the only bidder was a US company, ContourGlobal.

According to Andrea Capussela, an expert on cross-border competition law and a former member of the Kosovo e re steering committee, the US and World Bank enthusiasm for the project is unlikely to be nefarious. Instead, he believes it is partly an intention to honour a deal they struck a decade ago and partly an acknowledgement that Kosovo’s energy crisis needs solving and coal is the hand the country has been dealt.

In Pristina’s centre, young people crowd the cafes and bars on boulevards named for US presidents. Jumbotrons show the European Championships. Locals yell for the Icelanders and the Welsh; dreaming their own (very talented) football team will one day rock the biggest European stage. The average age here is just 29 – younger than the EU median by 13 years. Their future is tied firmly to the west and the west is bringing them coal, calling it a necessary evil.

But the well-meaning compromisers at the World Bank and US state department may find the nettle they have grasped is, in fact, a rattlesnake’s tail. A 2015 EU report described corruption in the statelet as “omnipresent”. As a young advertising professional points out Pristina’s best eating and drinking spots, she nods towards the tall glass-fronted government building. “And that’s where all the criminals live,” she says. 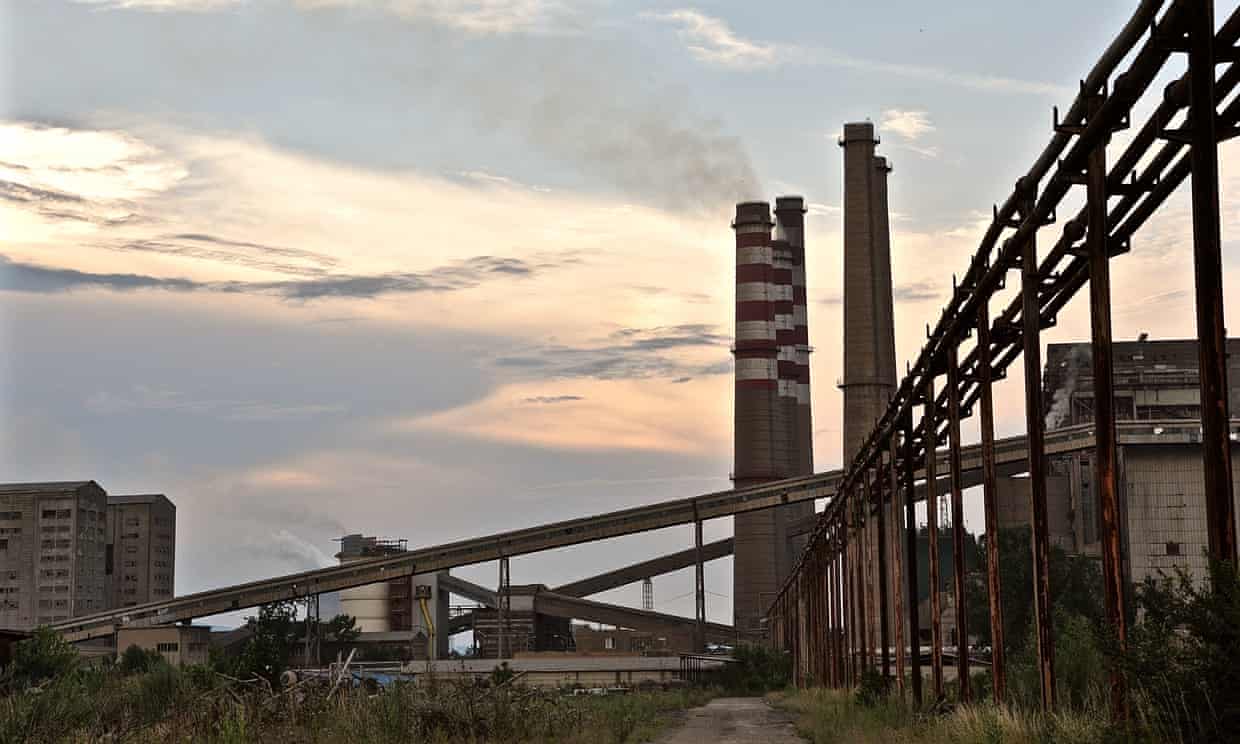 “Kosovo A” power station 5km outside Pristina – one of Europe’s oldest power plants and one of its greatest single sources of pollution. Kosovo’s ambitions to join the EU depend on industry like this to be shut down. Photograph: Karl Mathiesen

Big budget infrastructure projects can turn into a smörgåsbord for the unscrupulous, says Capussela. The country’s previous largest development project was the “Patriotic Highway”, which links Kosovo to Albania. The cost of the 118km section of road in Kosovo went from €400m to €820m. The Kosovan people bore the excess costs while the US ambassador to Kosovo later took a job with the American roadbuilding company he had helped to win the lucrative contract.

“Though there have been many allegations of corruption, there has been no indication by Eulex [the EU mission in Kosovo] or the local prosecutors that there has been any issues related to the highway project,” says Selimi.

Government officials strongly dispute the suggestion that the procurement process for Kosovo e re is exposed to corruption. “This is possibly one of the most supervised tenders in the history of eastern Europe,” says Selimi, referring to the oversight of the steering committee, the World Bank, EU and IMF.

Stavileci says his discussions with ContourGlobal had been “constructive” and the Kosovan national interest had prevailed. He claims the projected price rise for consumers has been negotiated down significantly and ContourGlobal agreed to lower their expected return for the 30% of the project they will finance.

For their part, ContourGlobal say the process is open and governed by the World Bank’s rules. Any suggestion of impropriety, a spokeswoman said, should be “taken with a grain of salt”.

But repeated requests to the Kosovan government, ContourGlobal and the World Bank for public records of the negotiations or the memorandum of understanding signed by the government and the US company met with rejection. It is absolutely improper, says Capussela, to have bilateral haggling behind closed doors to occur after bids had been submitted.